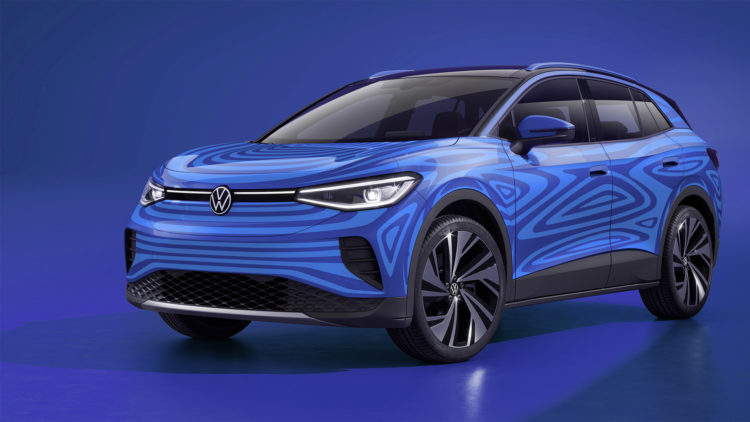 Following the cancellation of the Geneva Motor Show, Volkswagen has taken to the web in order to share details of the second car coming out of its MEB shared platform. ID.4 will be the company's first step into the all-electric crossover market. While fans of the brand will be ready to welcome the new model, there are also some questions about the price and specification that will need to be answered. WhichEV investigates the likely speeds and feeds.

The ID.4 SUV is now termed a ‘near production concept', which means there may be more tweaks before it hits the factory floor. The ideological source for this project was the ID Crozz concept, which embodied VW's attempts to reinvent mobility in the 21st century. The team behind it wanted to give you the sense of space and safety that you get with an SUV, while but at the same time giving the driver the feeling that they were driving a sports coupe. It was also packed with Volkswagen's latest ideas on autonomous driving and human-machine interfaces. This particular evolution of the Crozz has been given name ID.4 to bring it in line with the rest of the new series.

One downside of the elongated development process is that the ID.4 won't be anywhere near ready for shipment until the second quarter of next year. You have to wonder how that delay will impact sales, especially when you have the possibility of new brands entering the market with advanced cars that cost 40% less than the ID.4.

There is also a carbon challenge for Volkswagen to address. The Germans have stated that, by 2025, they intend to drop VW's overall CO2 emissions by 33%. When we spoke with Citroen's CEO earlier this month, he confirmed that the French manufacturer would have a 100% electric offering, across the board, within five years.

Ralf Brandstätter, Chief Operating Officer of Volkswagen, said: “Just like the ID.3, the ID.4 will also come onto the market as a carbon-neutral vehicle. The outstanding aerodynamics reduce the drag coefficient, and it will boost the ID.4’s range to up to 500 kilometres, depending on the drive package”.

As well as dropping the earlier name, it also appears (based on the newly-released material), that the doors have changed from a sliding minivan style to more traditional car doors. Not all elements of futurism have been removed though, as VW claims the digital cockpit will operate using both touchscreens and intuitive voice commands.

On the technical side, this Tiguan-sized vehicle will come in both all-wheel and rear-wheel drive options. We're anticipating that the launch model see all four wheels being driven.

The battery (of which there will be multiple options) will be positioned in the middle of the underbody for a low centre of gravity and optimised driving. The biggest battery is rumoured to be an 83kWh unit that will offer approximately 300 miles of use and be capable of a fast-charge to 80% state in 30mins. Top speed will be in the region of 110MPH.

The original ID Crozz featured two electric motors – one within the front axle and one at the rear. These were powered by an 83kWh lithium ion battery housed within the floor structure. The front electric motor sent 101bhp and 103lb ft to the front while the rear unit delivered 201bhp and 228lb ft to the rear for a combined output of 302bhp and 332lb ft of torque. We'll have to see how this might be tweaked between now and the ramp up to full production.

The ID.4 will be produced on a global scale, with plants in Germany, China and the USA ready to begin building.

After the last decisions are made regarding its specification and design, a final production reveal of the ID.4 is expected around June this year. The first deliveries are anticipated to begin closer to the end of March 2021. Pricing is expected to start in the region of £40,000 in the UK.

VW must be hoping that these new models and brand identity will help it put Dieselgate behind it, especially since it successfully settled the claims of German drivers for £698 million last week. With victims of the ‘defeat device' likely to received up to £5,300 each, you have to wonder if they will use that windfall to put a deposit down on an ID.3 or ID.4.