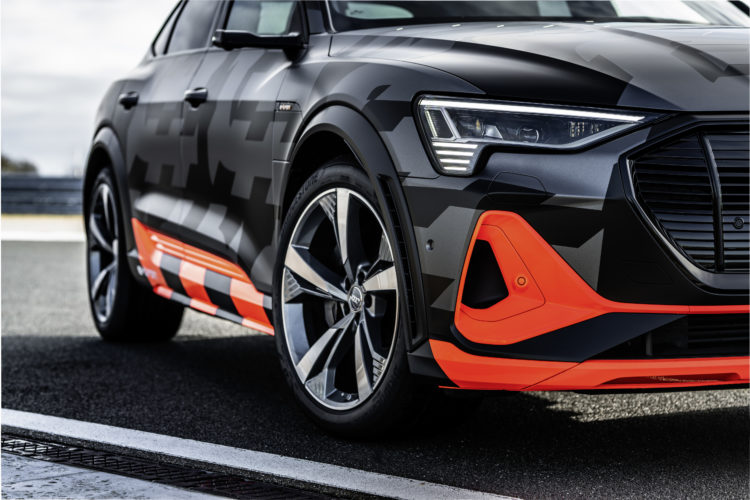 Audi has unveiled the new e-tron S Sportback prototype, a purebred product of the latest technologies that enhance its speed and aerodynamics. Even though this is an all-electric model, it is rightfully part of the incredible ‘S’ family of the Ingolstadt automaker, as it has a remarkably low drag coefficient figure of 0.26 and up to 973 Nm (717.6 lb-ft) of torque, which makes it a very exciting proposition.

The E-tron will go from 0 to 62mph in 4.5 seconds thanks to three electric motors, two of which work at the rear axle. It will produce 370 kW boost output, which is an outstanding amount, as a Porsche 911 GTS3 RS has an output of 383 kW but only 470 Nm of torque.

Speed is not the only breath-taking factor of this car as the engineers have worked incredibly on its aerodynamics. The SUV coupe has a quickly downward-sloping roof line that further improves the drag coefficient. Also, it has a spoiler edge on its boot lid that improves the airflow direction at the rear.

The wheel arch trims are 23 mm (0.9 in) wider on both sides with the S than on the basic version. The controlled airflow at the front wheels is fundamental to the aerodynamics concept. The side air inlets in the front – the air curtains – route the air over a channel in the wheelhouses to optimise the airflow to the wheels and the vehicle flank. The airflow through the wheel arch trims serves the same purpose: Narrow horizontal bars in the recesses formed by the widened trims in the front channel the airstream to surround and encapsulate disruptive swirl in the wheelhouses. The upshot is “cleaner” airflow along the vehicle flank with reduced flow losses.

The future Audi e-tron S Sportback will achieve a drag coefficient figure of 0.26 and the Audi e-tron S 0.28. If we look at this number in perspective, it is an incredible achievement. For example the legendary McLaren F1, one of the greatest supercars ever created, had a coefficient drag of 0.32.

There are also other factors that influence the achievement of such a low number. The car has sleek virtual exterior mirrors that further reduce aerodynamic drag. They help improve aerodynamics by around the same amount as the airflow through the wheel arches and increase range by around three kilometres (1.9 mi) in the WLTP cycle. Each of their flat supports integrates a small camera at the ends. The captured images appear in the interior on high-contrast OLED displays located in the transition between door and instrument panel. Whether driving on the motorway, turning or parking, the field of view adjusts to each driving situation. 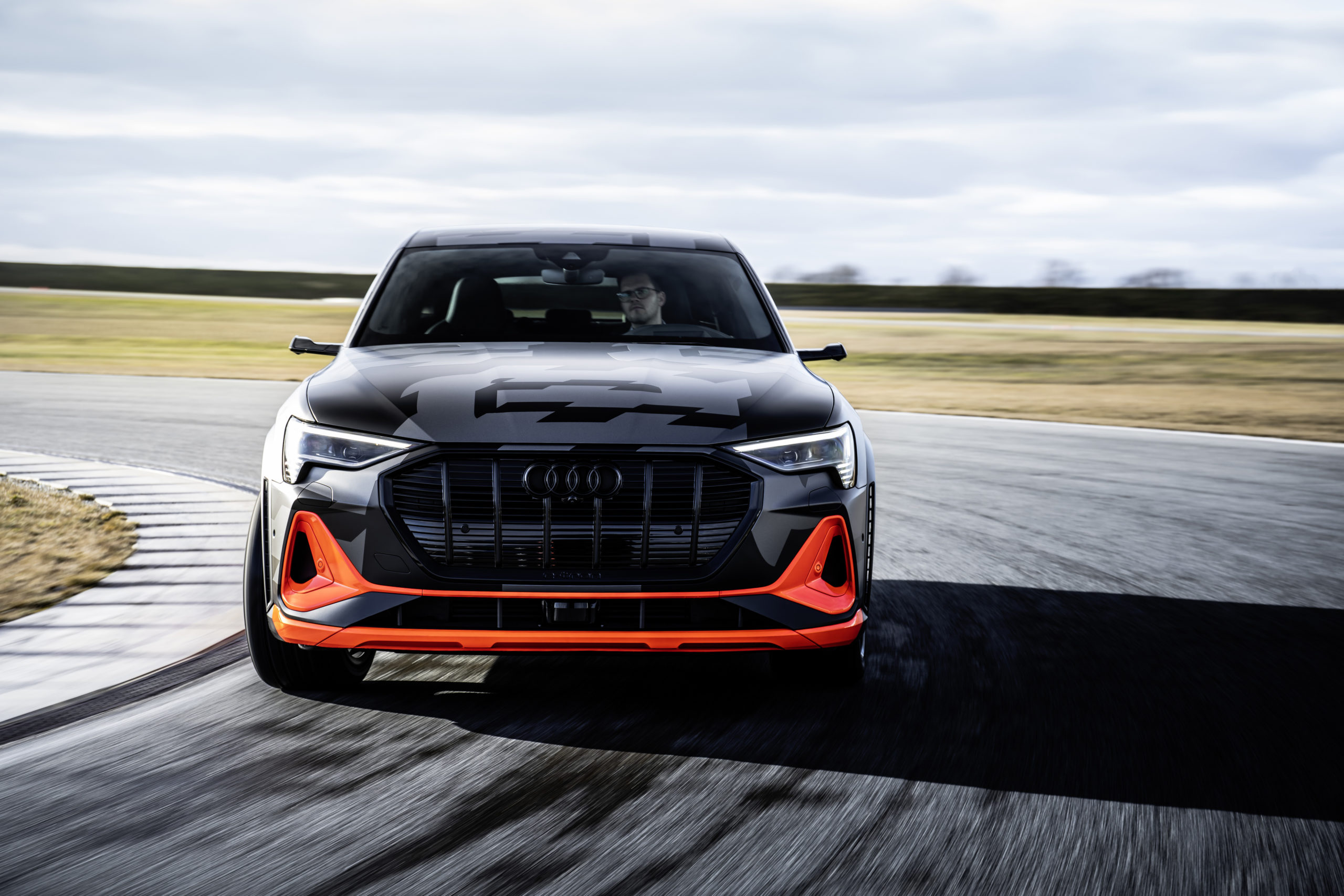 The sophisticated aerodynamics concept of the future e-tron S models continues under the vehicle floor. The standard adaptive air suspension further helps improve the aerodynamic drag. At high speeds, it lowers the body up to 26 mm (1.0 in) below the standard height in two stages. The controllable cool-air inlet is an important component, which also acts as the thermal management control centre. At speeds between 48 and 160 km/h (29.8 and 99.4 mph) these are usually closed so that the air flows over the bonnet with virtually no swirl. If the air conditioning system or the drive components require more cooling air, the louvres open gradually. If the hydraulic wheel brakes are subjected to extremely high loads in exceptional circumstances, the controllable cool-air inlet releases two channels that route air to the front wheel arches.

Audi has outdone itself with this prototype and at WhichEV we hope that the production model will have the same specs, as the E-tron S Sportback could be a very exciting model to drive indeed.