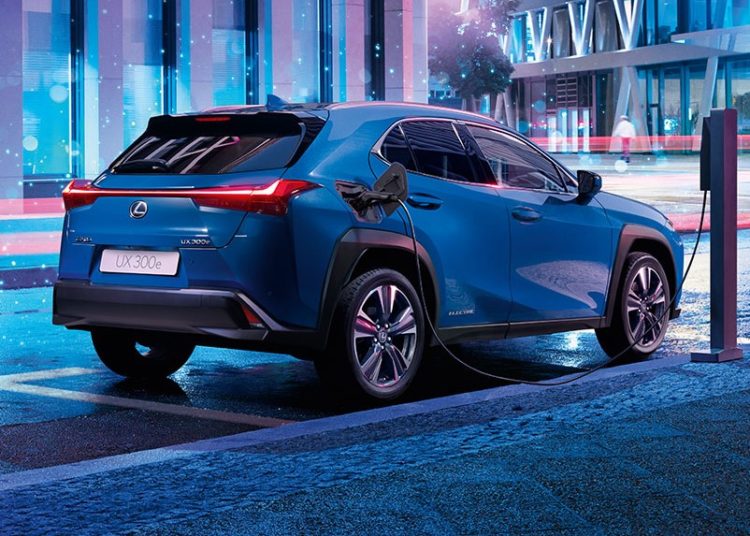 With the new Lexus UX 300e electric SUV – the company’s initial entry in the market – Lexus is hoping to woo purchasers via a massive guarantee. The 10-year/ 621,371-mile (which sounds better as 1,000,000-kilometre) battery warranty is one of the longest in the industry. In addition to that, Lexus will repair or replace the battery within that time/distance limit if it can no longer hold at least 70% of its original maximum charge.

Despite battery range anxiety starting to be a thing of the past, it’s still trotted out time and time again as a concern for buyers. But the UX 300e is a bit more pedestrian in this respect, merely offering a fairly ubiquitous 186-mile driving range on a full charge, thanks to a 54.3kWh lithium-ion battery and single electric motor.

The car was first revealed at the 2019 Guangzhou International Automobile Exhibition and had a European debut at the Kenshiki Forum in Amsterdam in January, but Lexus has now revealed some more details ahead of a planned China launch later this year, with the UK to follow in 2021.

According to the newly-released specs, the UX 300e will accelerate from 0-62mph in 7.5 seconds and will have a top speed of 99mph. However, it won’t have the speed kick and oomph associated with other EVs as the car has been designed to have a more natural and linear acceleration feel. It's driven by an electric motor developing 201bhp and 300Nm of torque.

Additionally, the car is designed to be a quieter EV with extra insulation to suppress noises that would otherwise be noticeable in the absence of an engine and transmission. It’s based on an adapted version of Toyota’s TNGA GA-C platform, but the chassis bracing has been reworked and a redesigned suspension system has been required to support the extra weight of the electric powertrain.

Lexus has confirmed that the UX 300e will accept a maximum of 50kW via a DC fast-charger, however. This should result in a 0-80% top-up in around 50 minutes.  AC charging/home charging is capped at 6.6kW, which is likely to result in a full charge in just over eight hours. Until now, Lexus’ electrified line-up consisted solely of hybrid vehicles, including the CT hatchback, ES saloon, RX SUV and several other models. The company has more than a decade of hybrid experience.

It all looks and sounds impressive, but the question is how Lexus and others will try and top Tesla’s million mile battery claims.

Polestar 2 can now use your smartphone as key like Tesla