Volkswagen unveils a 1966 classic with a 2020 electric drive 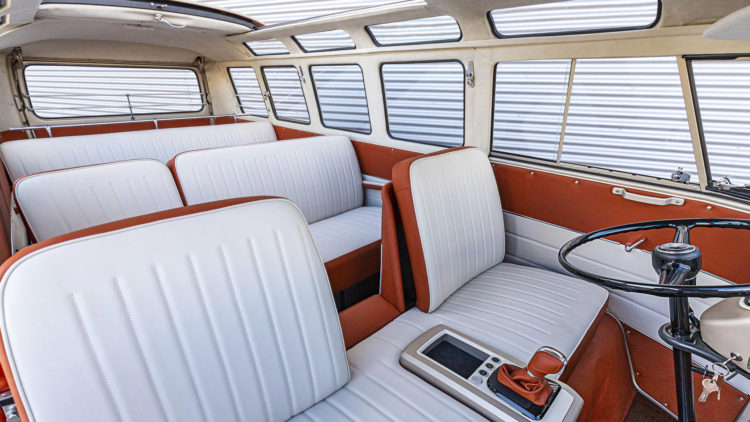 One of the all-time classics should be returning to our streets: Courtesy of VW. German automaker Volkswagen is ready to present the e-Bulli to the world, an all-electric concept vehicle that produces zero emissions on the road. The concept vehicle is based on a T1 Samba Bus produced in 1966, that spent half a century on the roads of California. This ambitious project is the result of a collaboration between the automaker and eClassics, a specialist in in electric car conversions. The classic exterior has been paired with latest VW electric drive system and  components. WhichEV prepares to paint daisies on the side and listen to classic Woodstock tracks.

This e-Bulli will be way more powerful than its petrol ancestor. As a matter of fact, the electric motor will be delivering 61 kW (83 PS) which is almost double of what the original version used to produce. Also, the torque has doubled with 212 Nm, allowing it to nudge past 80mph (130 km/h), which is electronically limited. 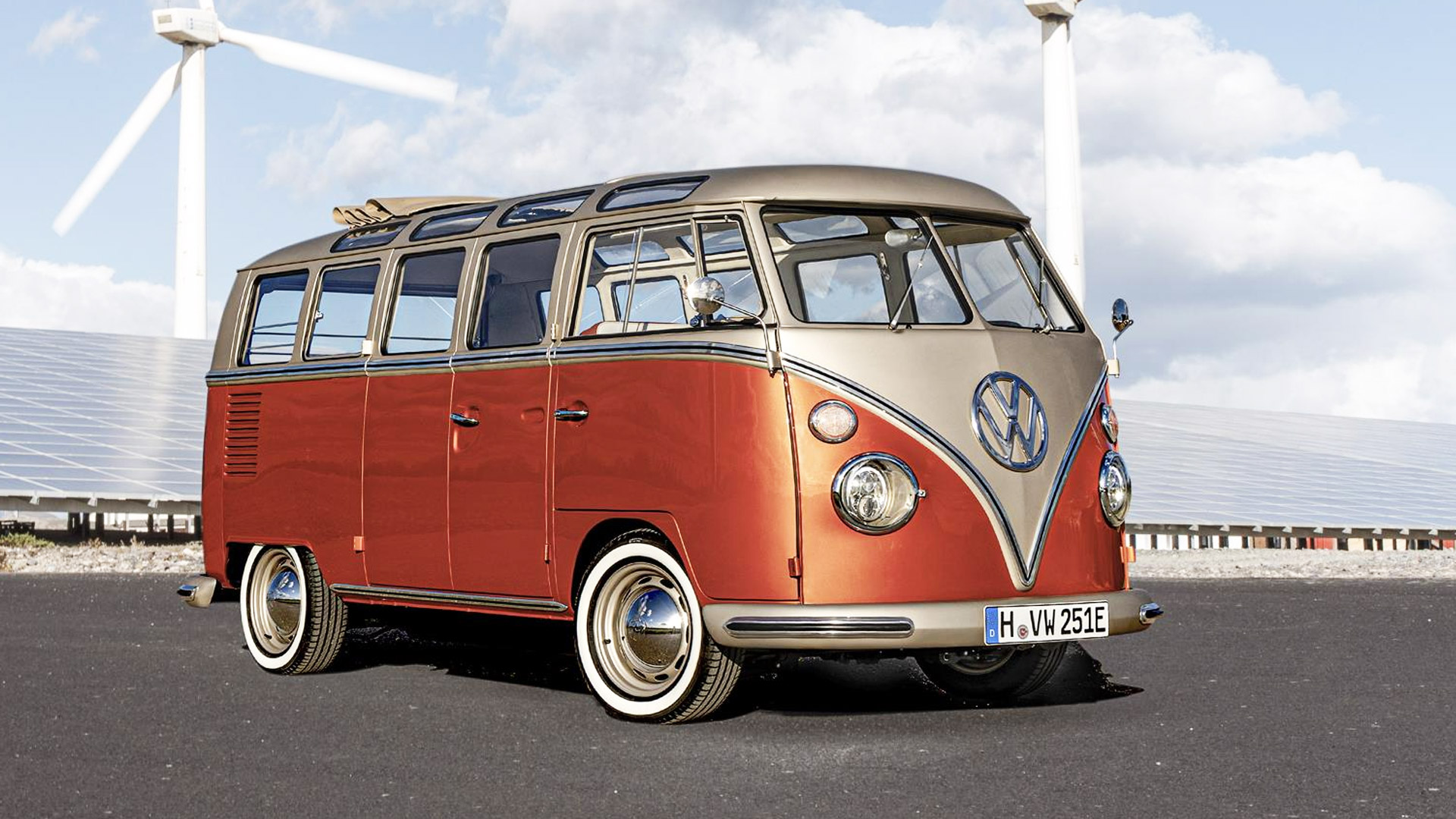 A 45-kWh lithium-ion battery is responsible for supplying the electric motor with power. The high-voltage battery is housed centrally in the vehicle floor. This layout lowers the e-Bulli’s centre of gravity and consequently improves its driving characteristics, according to Volkswagen.

The e-Bulli can be charged pretty quickly, reaching 80% in 40 minutes thanks to the combined Charging System Socket. It can be connected to commercial chargers delivering up to 50 kW of power and, when fully charged, will give you a range of more than 125 miles (200km). As highlighted in a recent article, in some countries this kind of range would cover over 90% of all driven journeys.

The designers chose to modernise both exterior and interior of the car, while keeping the traditional look and feel of the original T1. From our point of view, the result is a gorgeous blend of old and new – as you can see from these galleries.

We can now find round LED headlamps with daytime running lights and, on the rear, there are LED charge indicators. They signal to a driver walking up to the e-Bulli, just how much charge the lithium-ion battery has available. Could be useful in a ride-sharing scenario.

The VW designers also made sure to maintain the vintage soul inside and pair it up with new cool futuristic features.  The central console has a new transmission selector and you can power everything up with a touch of the ‘Start' button.

The speedometer is a work of art. Based on the original, it now has an integrated digital display – creating a neat link to the modern era. The display provides the driver with a variety of information, including range. Small LEDs indicate whether the parking brake is on or if the charging connector is still plugged in.

E-Bulli owners will also have the possibility, thanks to the Volkswagen ‘We Connect’ smartphone app, to check all the data they need, such as remaining charge time, current range, kilometres travelled, trip times, energy consumption and recuperation.

According to officials, the T1 conversion, complete with redesigned front and rear axles, starts from a base from €64,900. That's not cheap, but this is a rather special looking vehicle and the order books should fill up quickly.