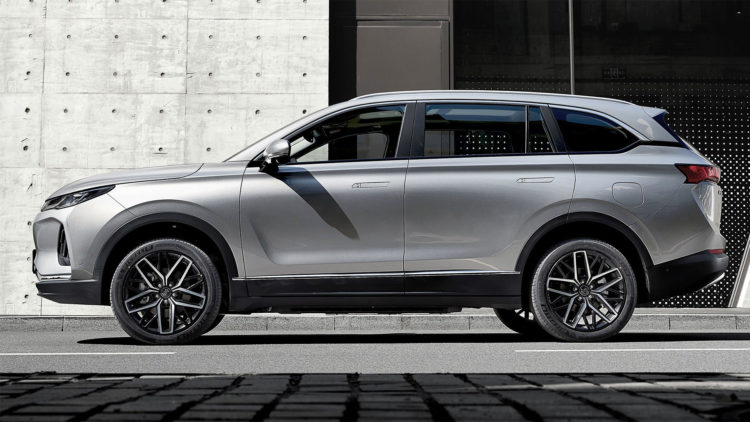 The electric vehicle market is set to explode. Across the globe, superior performance, environmental benefits and new regulatory frameworks will put constant pressure on drivers to make the switch from fossil fuels to pure electric powertrains. Only 3 million EVs were sold in 2019, but predictions for 2030 are a lot closer to 30 million. Pricing today is high, but that’s going to change, and rapidly. Traditionally known more for pollution than green technologies, China will play a major role in the development of tomorrow’s cleaner EV-centric world. At the recent MOVE event in London, WhichEV managed to catch up with Rupert Mitchell, Chief Strategy Officer of WM Motor of Shanghai.

Despite only becoming an industrialised nation in the 1950s, China has become the world’s production powerhouse. Projects initially moved there for cost reasons, but China now has manufacturing skill, experience and know-how that is simply not available anywhere else.

In 2007, a project called ‘Purple 2’ was near completion in California. Steve Jobs had been walking around campus with the soon-to-be-launched iPhone in his pocket for a few weeks and the screen was completely scratched. He demanded that it be produced with a hardened glass screen – and that production begin inside six weeks. Within 96 hours, a plant in China was producing more than 10,000 iPhones a day – and all to Apple’s stringent quality control levels. No other country can move so quickly and on such a large scale when it comes to high-tech manufacturing.

The expertise is there and so are the materials and manpower.

Next comes an inspection of China’s green credentials. Major research organisations believe that China will successfully transition to a carbon-neutral economy by 2050, in line with the rest of the developed world, without losing any of its economic capability.

“The Chinese automotive market is a big beast”, Mitchell told us. “Last year, 22 million new passenger cars were sold there, 10 million more than in the whole of the EU. In a market where ownership penetration levels are still very low by global standards, at 176 per 1000 people versus 800 per 1000 in the US, this market is only going to get bigger”.

“For 2019, China’s market for electric cars was similar to many other nations, at around 5% of vehicles sold”, explained Mitchell. “However, predictions for 2025 have that number at anywhere between 25% and 50%”.

“Key to this drive in China was a white paper written by Wan Gang almost 20 years ago. It outlined a new energy strategy for vehicles, which captured the imagination of senior leaders and triggered a public-private investment programme worth hundreds of billions of dollars. The hundred year marathon for supremacy in the automotive industry looks like it could well be decided by a sprint over the next 10 years”, Mitchell told us.

Here in the UK, there’s been huge discussion around the creation of a high speed rail link between London and the major cities of the north. We’re all familiar with the fact that HS2 might take up to 20 years to complete.

Mitchell explained how the Chinese system is different, “Under the direction of China’s National Development and Reform Commission (NDRC), the country has laid more than 30,000km of high speed track in just 10 years, with another 10,000km coming online before 2025. Effectively removing the need for long distance passenger journeys by car”.

This concentration of car-based transport within the urban areas of major cities, also makes it easier to implement an effective charging network. If 80% of EV sales happen near these large urban zones, then grants, infrastructure upgrades and construction can also be focused in those areas. Sure, there will need to be a national network of fast chargers, but if the train network is effective, there should be much less demand.

It follows that if cars don’t need to make journeys of more than 125 miles/200km (i.e. London to Birmingham), then you don’t need to install large capacity lithium-ion batteries – this in turn reduces the purchase price of an electric car, without adding to ‘range anxiety’. More than half of the electric vehicles being sold in China right now, have a battery capacity that is under 50kWh.

“China already has 75% of the world’s installed EV charging points, all of them using the same GB/T standard plug, even the Teslas”, said Mitchell. “Less than 1% of all passenger vehicle journeys in China exceed 75 miles or 120km”. That makes a compelling argument.

It’s easy to see how an ambitious plan for electrification may well allow China to hit its carbon emissions targets – while still allowing for smooth transport for the world’s most populous country.

That brings us on to the cars themselves. In any market, after the invention of an economically plausible product, there is a huge explosion of innovation and investment. At some stage, it’s normal for markets to settle down to an oligopoly, where a small number of producers account for more than 80% of the sales. In China, up to 500 companies got involved at the early stage of EV development, but that has quickly been whittled down to less than a dozen.

Early innovators gamble that they will also develop useful intellectual property – whether that’s software, production techniques or materials. Arguably, the most successful of these companies in the EV era has been Tesla. The traditional giants from Europe, Japan and the USA have invested vast sums of money over the years, in the development of the best combustion engines, gearboxes, exhaust systems and so on – all the time pushing a marketing message centred on exhilaration and performance. Now you have electric cars that can easily blow those performance figures away, at a fraction of the cost.

It is a new world.