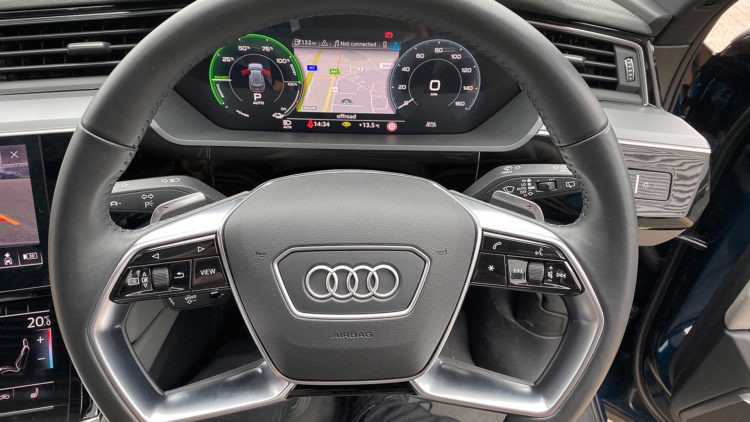 66 / 100 Overall
£59,900Price as Reviewed
£475 ex VATBusiness Lease
Pros
Cons
Verdict
Audi appears to have started with a Q series body, dropped in an early electric motor and hoped for the best. With the Q5 starting at £39,000, the biggest challenge for the e-tron we tested is value. It's hard to see where the extra £20,000 went. Great driver comfort features go some way to off-setting the lack of performance, range and fun factor, but when you’re shelling out upward of £60,000, you don’t want to spend all your time worrying about range and whether you’ll make it through the next high-speed corner comfortably. Good first effort, but it is just that: a first effort. Now that the VW-Audi group has completely committed itself to the electrification path, we’re expecting a big improvement by the end of 2022. At the full price purchase, the Audi e-tron 50 Quattro feels like a mistake. However, if you get a really good deal on a lease, after the government moves the BiK to Zero from 6th April, then you could be on to a winner. The Audi e-tron 50 Quattro feels like a retired athlete who needs to hit the gym hard, in order to be reborn to a new sporting arena.
City Driving
Fun Factor
Practicality
Design & Tech
Value

The Audi e-tron is an impressively hefty block of German engineering, positioned between the Q5 and Q7 in terms of overall bulk. It also comes with a hefty price tag of up to £74,000 – and that’s before customisation. First revealed as a concept car at the Frankfurt Motor Show in 2015, the Audi e-tron finally landed with German consumers in March 2019. Despite multiple issues around the launch, including an extensive delay in getting the car’s software certified by the German transport authorities (KBA), sales of the car have been pretty strong in several countries, including Norway and The Netherlands. 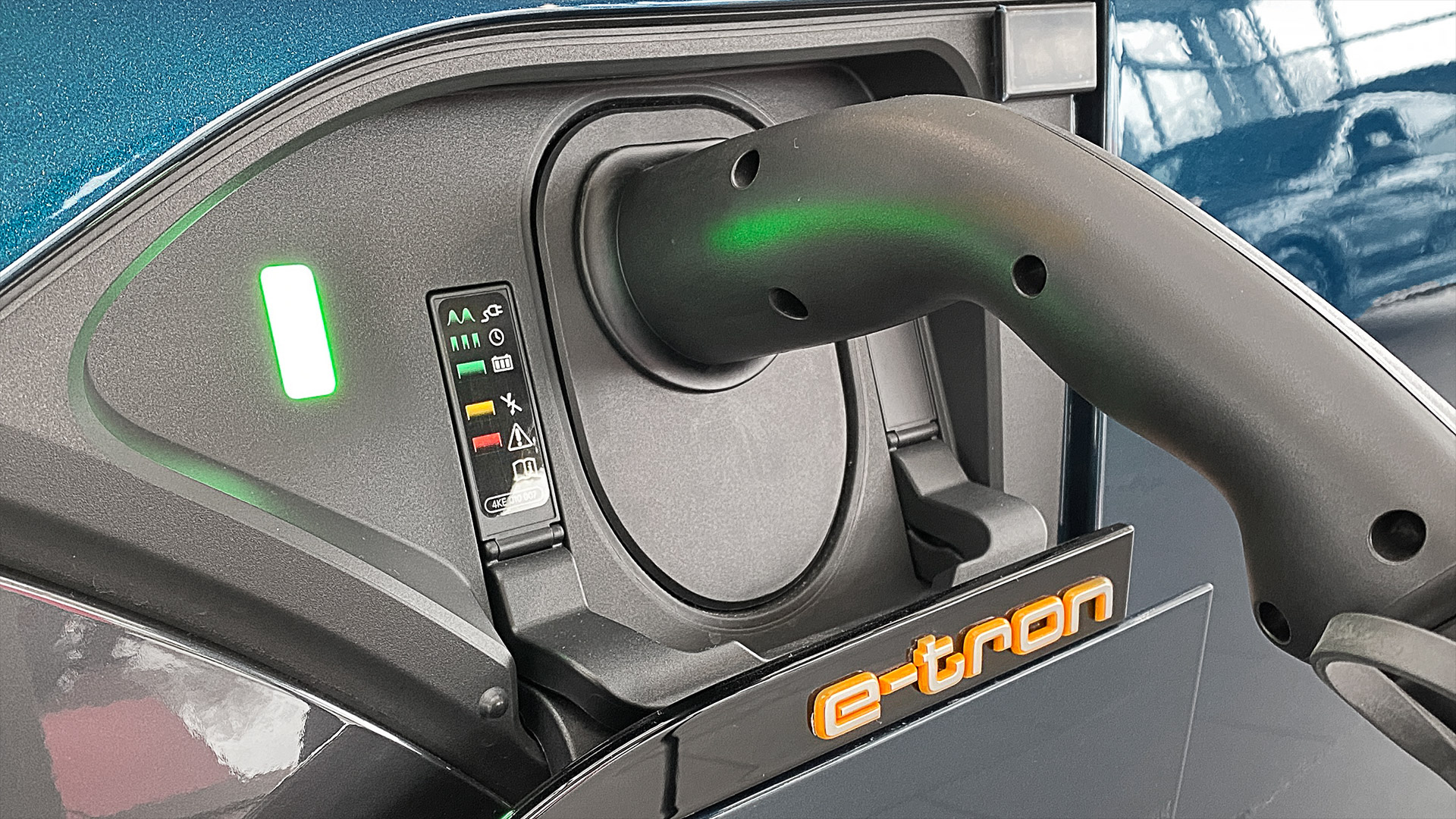 Customer feedback on the original e-tron has already been taken on board by Audi, and it is planning a revised Sportback version to arrive in the market during Q2 of 2020. With that in mind, we decided to take out the existing Audi e-tron 50 Quattro Technik (which is closer to £60,000) for a test with two agendas in mind: First evaluate the car in its own right, given the low priced leasing deals that seem to be on offer at the moment and second, to lay down a marker for the new Sportback when it finally lands. Price and value are two different things. Does the new pricing on the Audi e-tron represent good value?

We decided to test the entry-level spec Technik model, which starts at a shade under £60,000, while the top Launch Edition has a baseline price closer to £72,000, with Sport and S line versions in between. There are differences in trim level, but even the most basic model comes with electric seats, high quality interior and entertainment built-in. If you prefer black, then you are in luck, as it’s the only paint option that doesn’t require a supplement of at least £750. 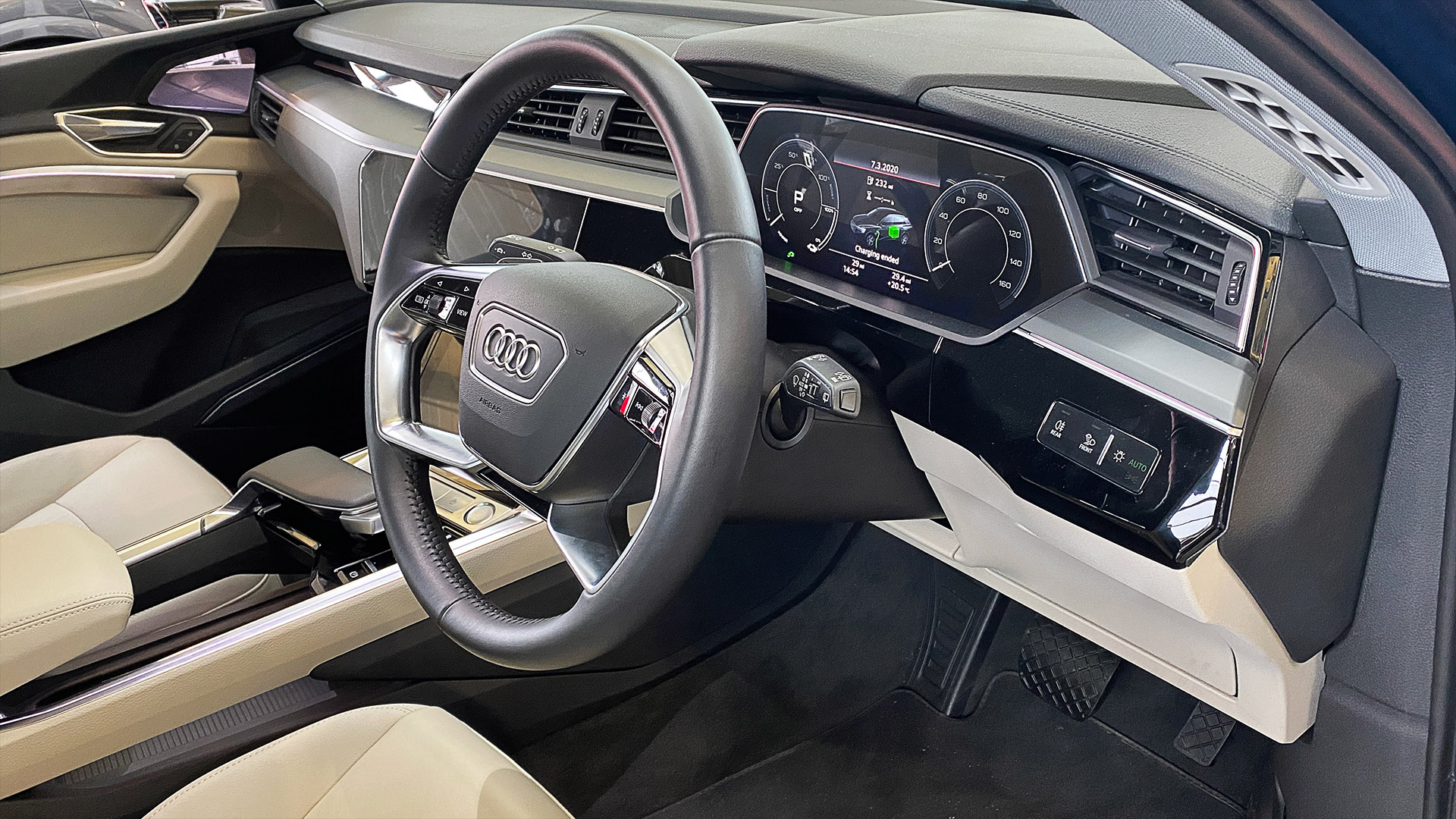 The sound system offers 180 watts of amplification, channelled through 10 speakers, including a subwoofer. You get the Audi Virtual Cockpit and MMI Navigation Plus systems as well – providing SatNav from a supplied SIM and customisable instrument display. You also get basic cruise control and assistance with parking and some help with braking as well as lane-departure warnings.

If you have an additional £1,895 available, then you can add the Comfort and Sound Pack, which gives you a more powerful Head Up Display, RGB internal lighting, 16-speaker B&O sound system and 360 degree camera. For £2,200 more you can get Night Vision Assistance. There are no battery options, however. All 50 quattro versions come with a 71kWh battery as standard for a range of around 186 miles. If you need a range that’s just over 200 miles, then you will need the more expensive 55 quattro instead, with its 95kWh battery.

When we tested the car, there were business leases (ex VAT) with a 5,000 mile allowance at just over the £300 mark. As we write the conclusion, these have disappeared and we're seeing leases with 10,000 miles closer to £444 a month – it's certainly a good idea to shop around. Also, its worth holding off on a business lease until after 6th April 2020, where the BiK should drop to zero. Overall, it's an expensive car to purchase, but there are some very affordable leasing options and you must remember that ‘filling the tank' at home will cost you less than £10.

Volkswagen unveils a 1966 classic with a 2020 electric drive