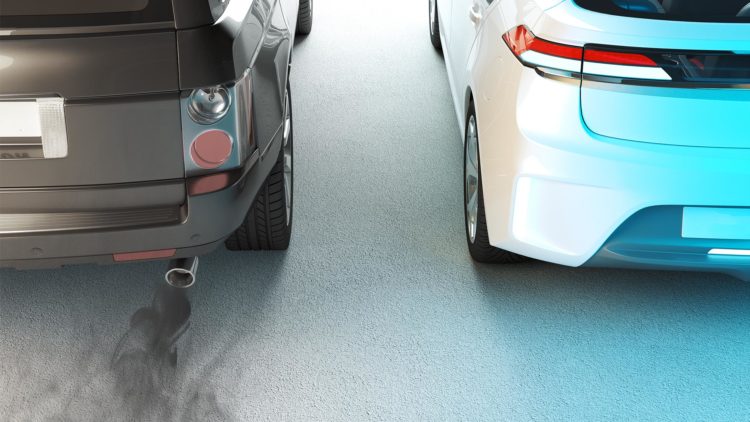 A comprehensive study has slammed the lie that electric vehicles aren't better for the environment. For a while, there has been an unsubstantiated rumour going around, that the overall pollution levels involved in building and running electric vehicles are actually higher than for cars running on diesel or petrol. The gauntlet was thrown down, and independent scientists gladly picked it up. WhichEV summarises the results.

The multinational effort included comprehensive research from the Universities of Exeter and Cambridge in the UK, alongside Nijmegen University in The Netherlands. The final report showed that in 53 of 59 global regions, electric cars and heat pumps are already less emission-intensive than fossil-fuel alternatives. The data covered all of Europe, the USA and China.

The paper, snappily-titled Net emission reductions from electric cars and heat pumps in 59 world regions over time, has now been published in the journal Nature Sustainability.

The in-depth research saw the team carry out a life-cycle assessment of emissions generated from cars and heating systems, including the production chain and waste processing. What makes this piece of work stand out is that they built on previous research, which has only considered the present situation – by including simulations for three future scenarios.

The first two involve continuing with current climate policies or enacting feasible policies in line with the two-degree target set by the Paris Agreement. The third, a worst-case scenario (that the authors believe to be unlikely), considers what would happen if ambitious targets are implemented for electric cars and heating while overall emissions continue on their current trajectory.

“We've seen a lot of discussion about this recently, with lots of disinformation going around,” said the study’s lead author, Dr Florian Knobloch from the University of Nijmegen. ” ‘Here is a definitive study that can dispel those myths. We have run the numbers for all around the world, looking at a whole range of cars and heating systems. The idea that electric vehicles could increase emissions is a complete myth.

“Even in our worst-case scenario, there would be a reduction in emissions in almost all cases. This insight should be very useful for policy-makers”, he said.

Knobloch continued, “Switching to electric cars is not a silver bullet – electric cars still cause emissions even if we have green electricity. So we should make the production greener, but also we should really question where we really need individual ownership of cars”.

“Taking into account emissions from manufacturing and ongoing energy use, it's clear that we should encourage the switch to electric cars and household heat pumps without any regrets”, he confirmed.

This conclusion reinforces the findings of others, including The RAC, EDF (who pointed out that electric vehicles are better for the environment) and the Luxembourg Institute of Science and Technology – which produced a website that shows how efficient EVs are compared to their ICE counterparts.

EDF's findings concluded that, “Even after taking battery manufacture into account, electric cars are still a greener option. This is due to the reduction in emissions created over the car’s lifetime”.

It's something that many of us have known, intuitively, all along. It's nice to know that there's now strong data.