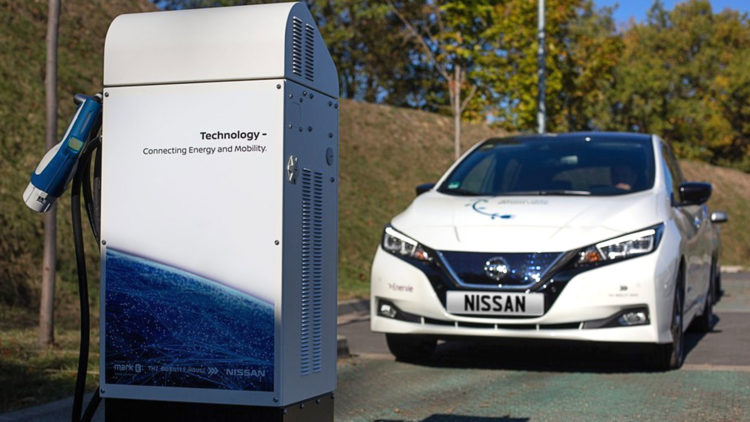 While Toyota is busy working against the people in American, trying to strip out tougher regulations on emissions, Nissan is busy leading the charge the other way. The Nissan Leaf is currently the best selling electric car of all time, passing the 400,000 unit sales mark back in May 2019. How Toyota managed to go from being the Prius-making hero, to the pollution-promotion zero is the subject of another discussion. Today, WhichEV is only concerned with the moves being made toward a carbon-neutral Europe by 2050.

The European Innovation Partnership on Smart Cities and Communities, has been working on a new action plan, contained within a white paper launched at the Smart Cities Expo in Barcelona.

The focus of the plan is to unlock the potential of electric vehicles and battery technology – thereby enabling Europe to meet its goal of becoming carbon neutral by 2050.

By taking a holistic approach, the team (led by Nissan), hopes that Europe will be able to increase EV ownership, improve the generation of renewable energy and help integrate the power grids across Europe with the new demand from cleaner-living citizens. By bringing together industry, cities and researchers, the European Commission hopes the plan will be practical and easier to implement.

The white paper points out that battery technology itself, will be pivotal in helping create a greener, healthier tomorrow. Specifically to ensure batteries have a full second life as mobile or static storage units. One such project we reported on recently, involved Nissan and Mackie's of Scotland – using old batteries that have been reconditioned to make electric ice cream vans a possibility.

It also looks at the ‘blockers' that will come into play when moving huge amounts of energy around the grid, locally and across large distances.

The World Economic Forum defines some of the key terms that are being used to talk about ‘intelligent mobility' and the future of energy. Some seem familiar, but have been given significance:-

Electric Battery Storage
Users can store electricity generated from renewable sources in the batteries of an electric vehicle. These batteries can either be in-vehicle, or standalone devices created from recycled or second life or new batteries.

Vehicle-to-Grid Technology
Energy stored inside batteries of electric vehicles can be transferred back out of the vehicle (either to be used or sold back to the grid).

Smart Charging
Controlling the power of the charge against network capacity and leveraging renewable energy sources.

Friederike Kienitz, Nissan VP explained, “To meet the challenges Europe faces we need a fundamental rethink on how mobility and energy policies are designed“.

“While Nissan brought mass battery technology to Europe when it pioneered the Nissan Leaf ten years ago, it is clear from this paper that this is about more than just Nissan or electric vehicles. There is much work to be done if Europe is to achieve its goal of being carbon neutral by 2050 and this white paper sets out how to get there at the national, regional and municipal level“, he told the media.

The European Commission's three key hopes for the White Paper are that it will:-

While there is no doubt that increased use of Ai and robots will reduce the need for some forms of labour in the future, the International Energy Agency believe that up to 367,000 new jobs will be created in and around the construction of a new grid system.

The pinnacle of achievement in this area, so far, has been the work done around the Johan Cruyff ArenA in Amsterdam.  It is being termed an ‘incubator, a knowledge center and catalyst for innovations that will shape the cities of the future'. With 4,200 solar panels, wind-based generation and a 4 megawatt storage battery (built from recycled Nissan batteries) it is, in energy terms, the most advanced large-scale building of its kind.

You can download and read a full copy of the report from this link.