Battery electric vehicle production rose by a third in January in the UK, according to the Society of Motor Manufacturers and Traders latest figures.

The industry body said that one in every 11 cars made in the UK was an EV in January as their production increased by 37.6% to 6,326 units. 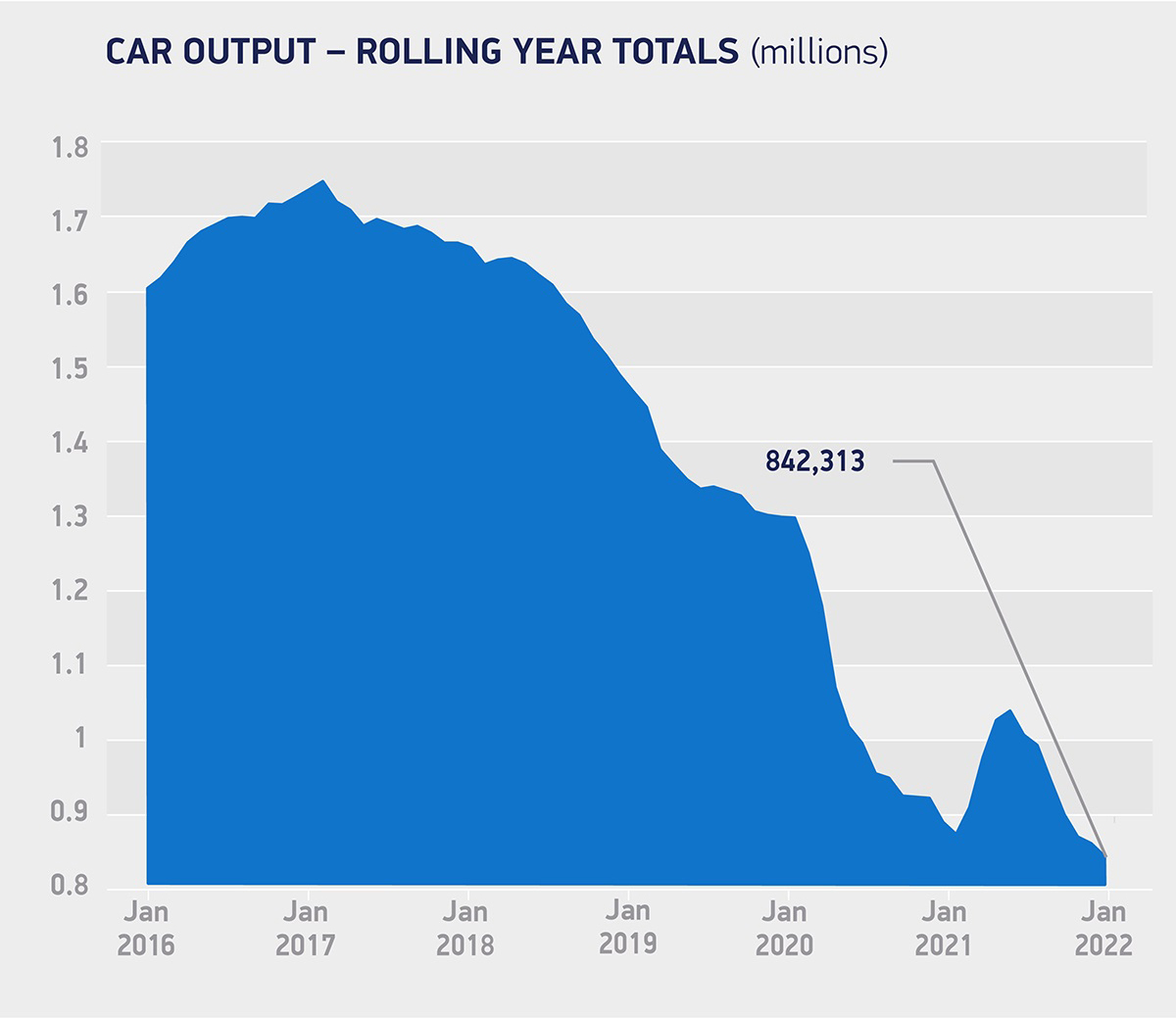 But while EVs are rolling off the production lines, UK car production overall fell by 20.1% in what was the worst January since 2009.

Just 68,790 units left the factory gates last month, with output down 17,262 units compared to the same month last year, which “itself was one of the worst Januarys on record when volumes were impacted by friction in the new post-Brexit trading arrangements, extended shutdowns and the pandemic,” said the SMMT.

Reasons for the slump include the ongoing global semiconductor shortage and the loss of volume from a major plant closing in July 2021.

“The UK automotive manufacturing industry is, however, fundamentally strong and recent investment announcements are testament to the potential for growth, not least in terms of rising EV production. Long-term recovery can only be delivered, however, if global competitiveness is assured and for that we must address both inflationary and fixed costs, most obviously escalating energy prices, but also fiscal and trading costs. Every measure must be taken if we are to secure a bright, electrified future for our world-class automotive manufacturing base and the high skilled, high value jobs it creates across Britain.”