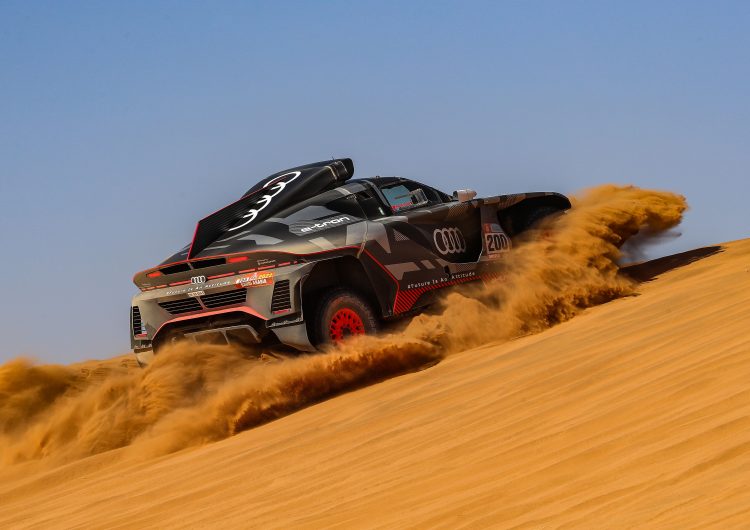 Audi has announced that its fully electric Audi RS Q e-tron is set to race in the Abu Dhabi Desert Challenge from 6th to 10th March 2022.

This is the second round of the FIA World Rally-Raid Championship following the Dakar Rally nine weeks earlier in Saudi Arabia. In that race, the Audi RS Q e-tron prototype debuted with four stage victories. 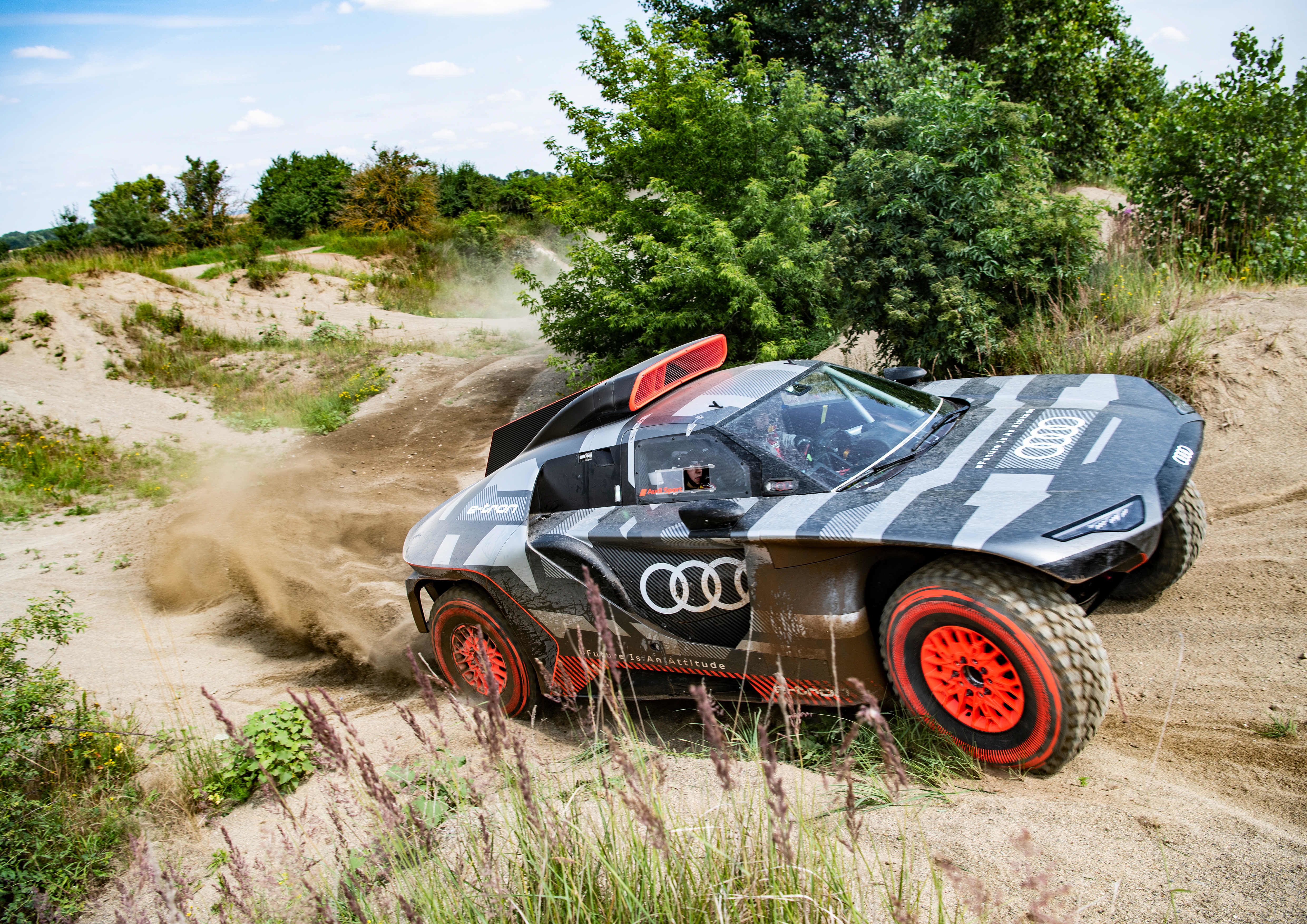 With five stages in the Al Dhafra region, this rally is much shorter than the season opener. The team has to cover a total rally distance of 1,933 kilometers (1,201 miles). However, 69% of the race is timed so this leaves no room for navigational errors. There are also further challenges, according to Peterhansel.

“Experience shows that around 80% of the route of this rally is in large dune mountains, the remaining 20% on flatter sandy ground without any tracks,” he said.

“At the Dakar, there were at most 60 kilometers of dunes at a stretch. Likewise, the heat is higher now than in January.”

The hot temperature warms the sand making it softer. When combined with the long dune passages, this factor causes a significant increase in energy consumption. Not only this but cars get stuck more easily in soft sand.

But the Audi factory driver sees an advantage in the electric drive in the often steep and long dune climbs.

“The dune crests are the most difficult: If you drive too slowly, you lose time or get stuck. If you’re too fast, you risk jumping into the unknown,” said Peterhansel. “With conventional rally cars, you always have to decide on a gear and can make a mistake. The continuously variable drive of the Audi RS Q e-tron on the other hand is perfect, as is the high torque.”

In Abu Dhabi, navigation is traditionally easier than the Dakar Rally as drivers are spared the hidden “waypoint masque” in the roadbook this time, which often takes some trickery to find. Instead, these virtual terrain markers are clearly indicated in the organizer’s navigation aids.

For Stéphane Peterhansel, the objective is clear. “We had a trouble-free second Dakar week in which we were able to set some nice highlights,” he said. “Now we want to try and clinch our first podium result.”

Fans can tune in for the event on Audi’s Inside Show on Facebook and audimedia.tv.