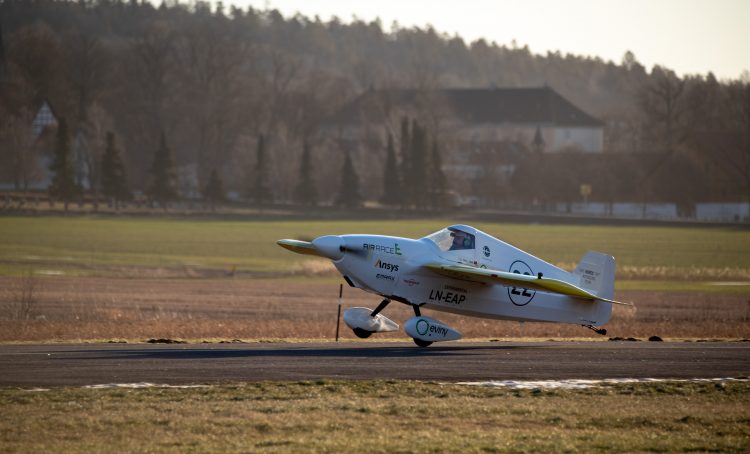 Air Race E has pulled off a landmark feat with the completion of the first-ever flight of a piloted pure electric racing airplane in Norway.

The ten-minute test flight took place at Tønsberg Airport and was operated under the supervision of the Civil Aviation Authority of Norway. 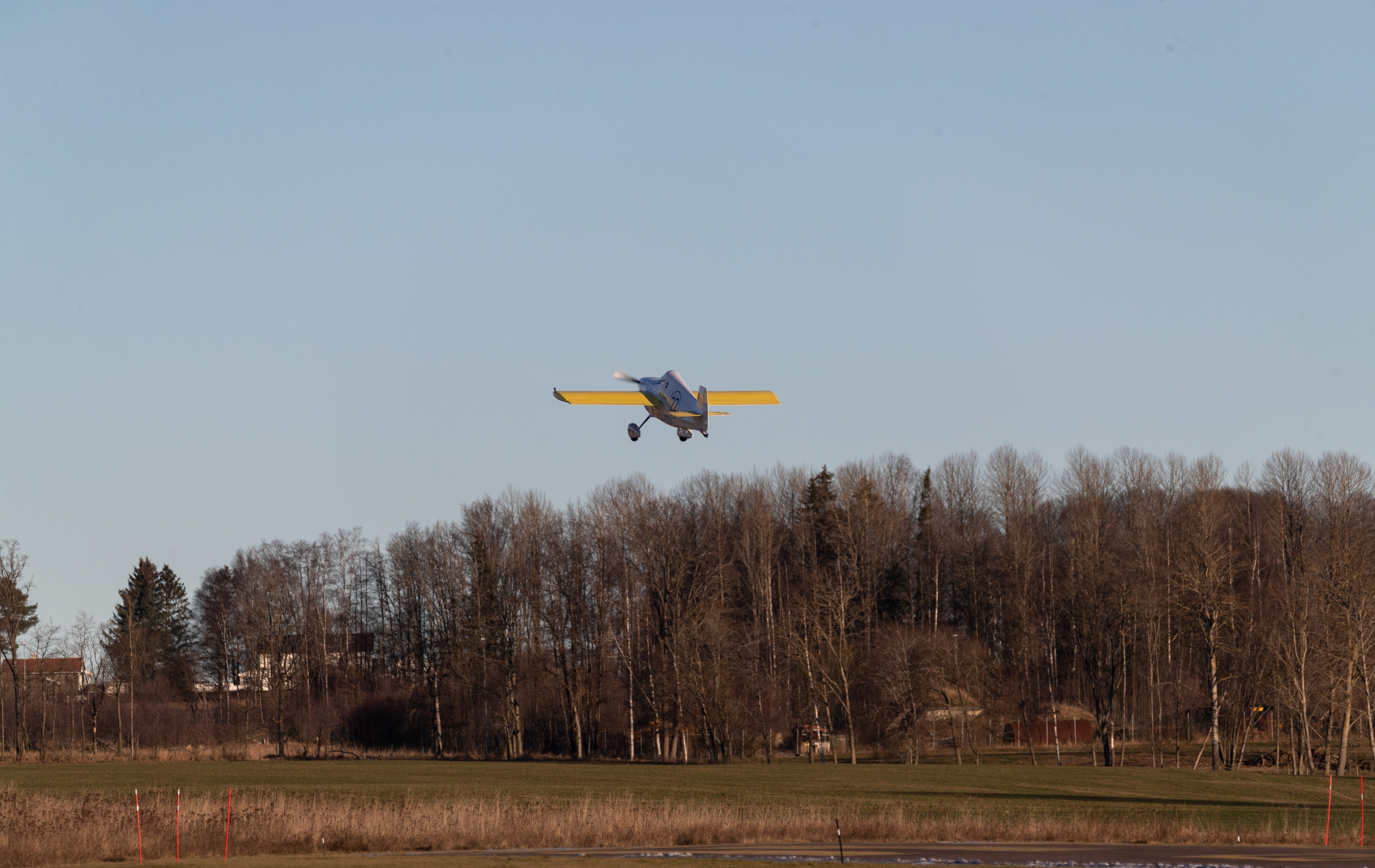 Testing 90kW of power, Mr Hoff carried out some slow flight and control tests at speeds of up to 140kts to ensure the aircraft behaved as predicted.

Now the success of the test flight will act as a platform for the launch of the world’s first electric air race series known as Air Race E set to begin in 2023.

This will see 17 teams battle it out against each other in planes travelling at speeds of over 250mph just metres above the ground.

Chief executive of Air Race E Jeff Zaltman said: “The first-ever flight of our all-electric racing plane is a milestone achievement, both in the development of Air Race E as an international championship and in the progression of wider aviation technology.”

Tomas Brødreskift, team principal, mechanical integration and project manager of Nordic Air Racing, added: “No matter how well prepared you are, and how confident you are after ground tests, seeing a test pilot take to the skies for the first time in an aircraft you designed is always a nail-biting moment… It's time to celebrate now!”

Air Race E’s official founding partner, Airbus, supported the development process and will provide research data and industry insight for competing teams participating in the racing series. This is to help develop cleaner, faster and more technically advanced electric aircrafts both in the sporting and commercial sectors. 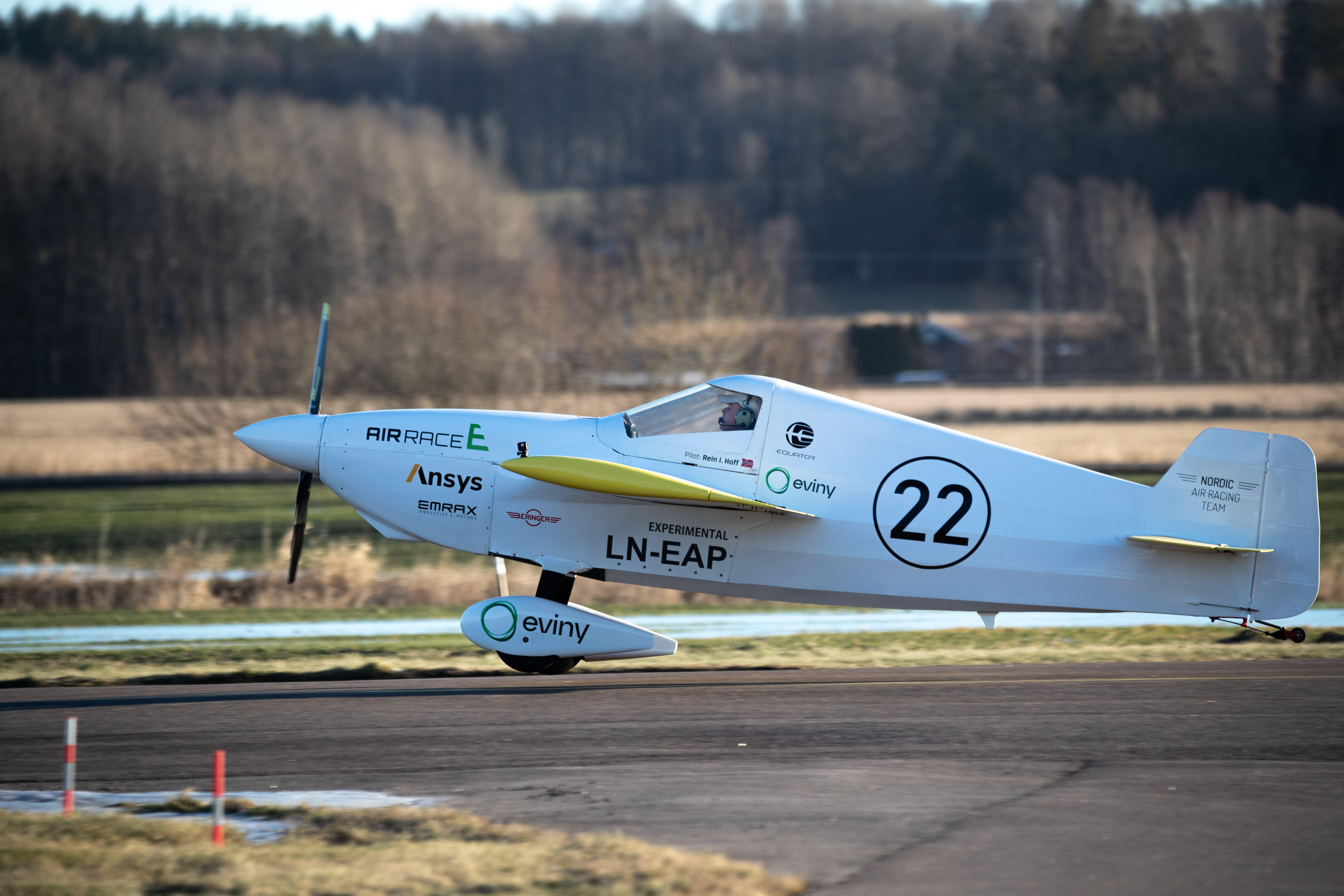 Ansys is Air Race E’s software partner, which helped advanced the process of aircraft electrification by providing simulation software used to address some of the toughest engineering challenges.

“Competitions in motorsport have a habit of leading to exciting technological breakthroughs,” said Shane Emswiler, senior vice president at Ansys.

“Nordic Air Racing’s first flight is a testament to that, and to Air Race E’s incredible work in gathering all of the building blocks necessary for innovation. We’re honoured to have been a part of this milestone and look forward to being a part of future advancements that allow aviation to reduce its reliance on fossil fuels.”

The Air Race E test flight comes as Rolls-Royce set a world record for an electric plane with its Spirit of Innovation.