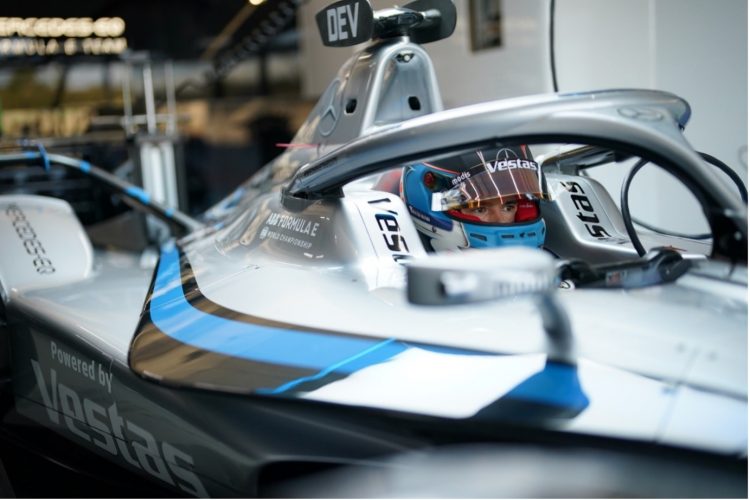 Season 8 of the ABB FIA Formula E World Championship is back this weekend (28/29 January), with the two opening rounds to take place under lights on one of the most technically challenging tracks of the series at the UNESCO World Heritage site in Diriyah, Saudi Arabia.

Sixteen races, 11 teams and 22 world-class drivers will take to the grid to launch their challenge for the FIA World Championship. 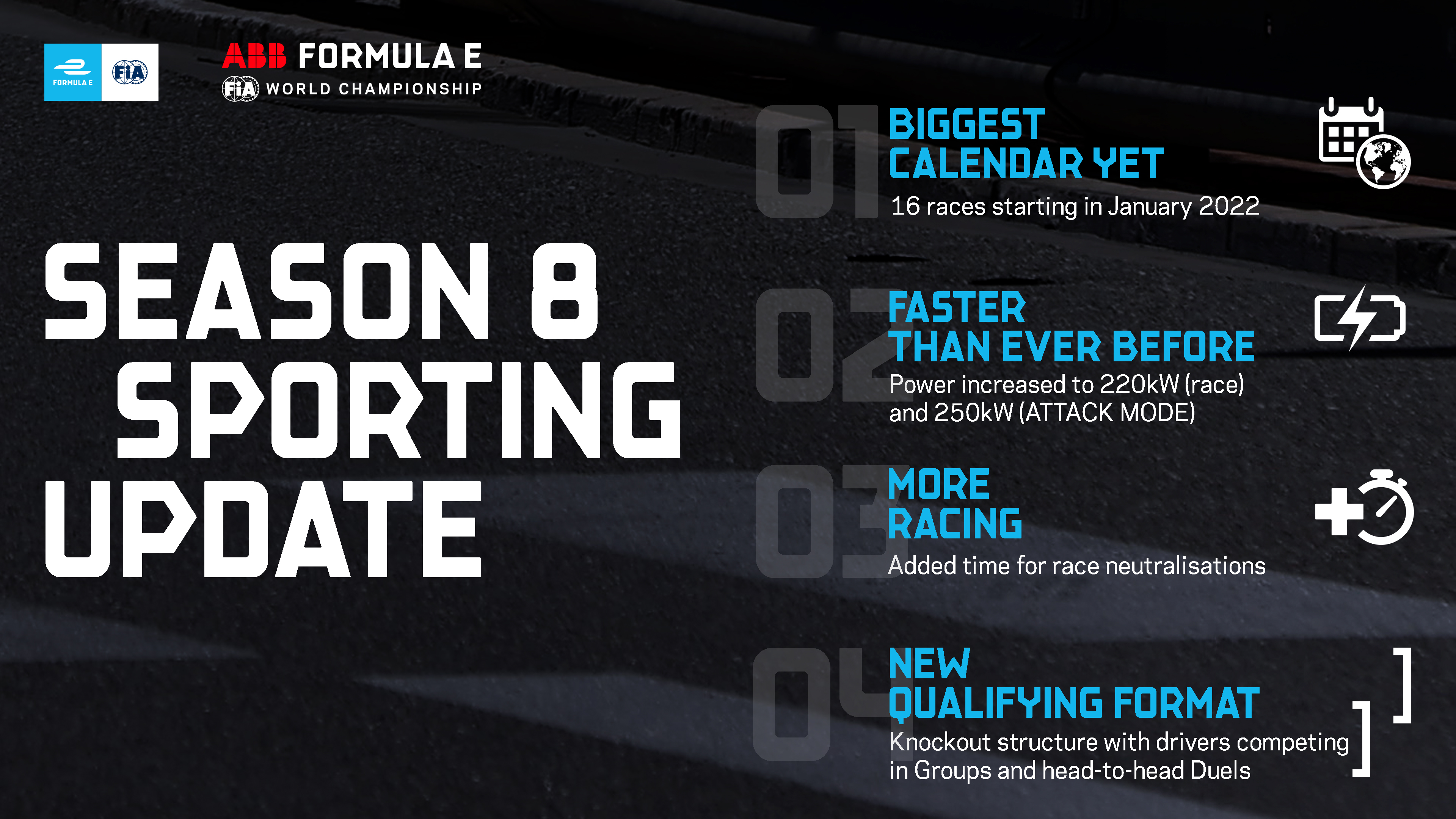 Tonight, the fast and flowing 2.49km circuit will once again be lit up by LEDs – the only night races in Season 8.

The Gen2 cars will be the quickest they have ever been this season with 220kW of power, up from 200kW in Season 7. Power during Attack Mode will also increase from 235kW to 250kW.

Drivers will face a completely new challenge in Season 8 as a new qualifying format featuring Groups and knockout Duels comes into effect. 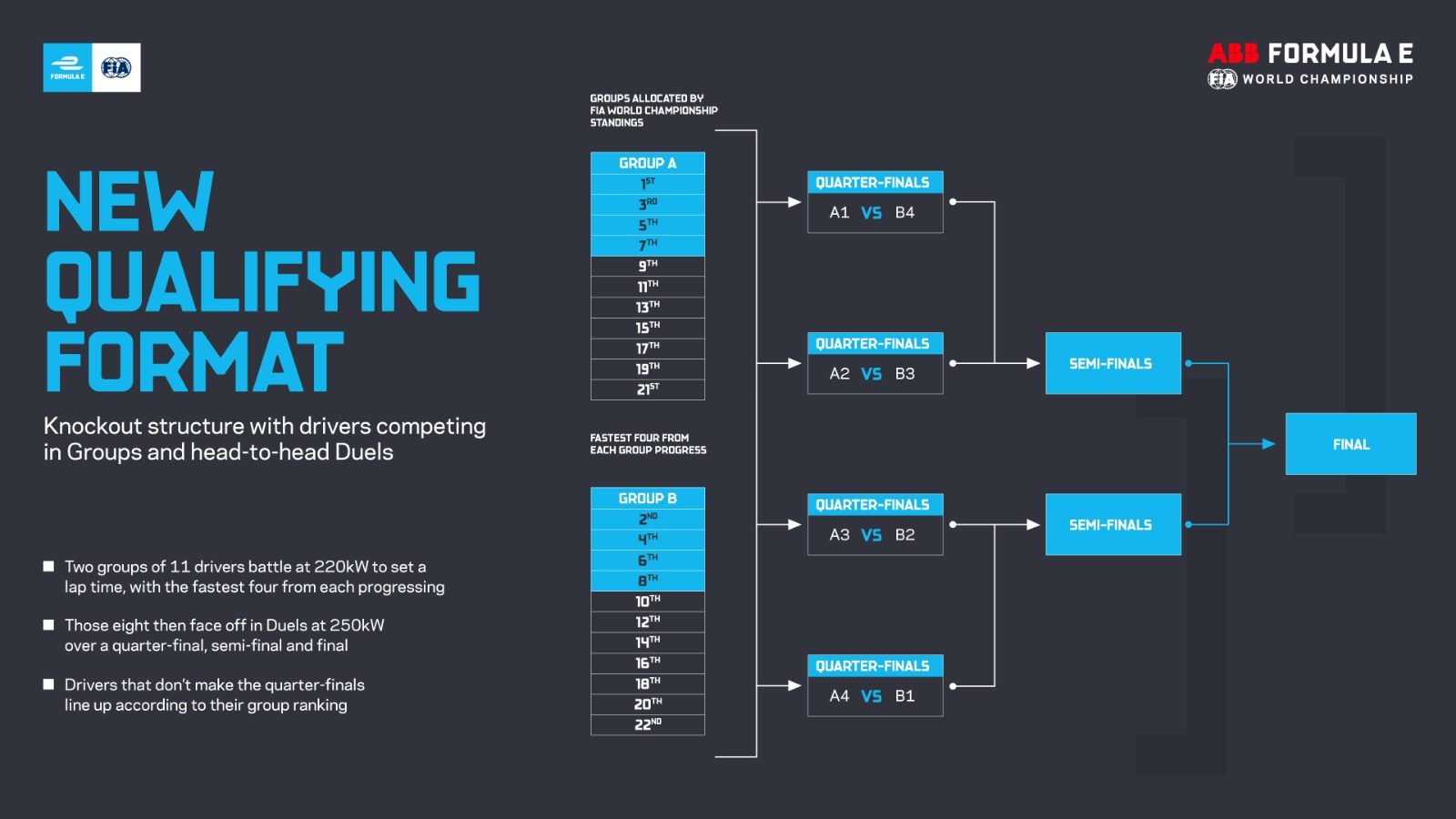 Added to this is a revised regulation where Formula E races can have additional time of up to 10 minutes when incidents cause Safety Car of Full Course Yellow neutralisations during the 45-minute plus one lap race.

Mercedes-EQ and Nyck de Vries will be looking to defend their World Championships, and will face three new drivers this season, including ex-Formula 1 racer Antonio Giovinazzi.

Mitch Evans and Sam Bird are back with Jaguar TCS Racing, while DS TECHEETAH confirmed that double champion Jean-Eric Vergne will once again line up with Season 6 title-winner Antonio Felix da Costa.

Robin Frijns with Envision Racing will be looking to build on his fifth position in the standings last time out, while Nick Cassidy moves up the gears from head-turning rookie to serious contender. 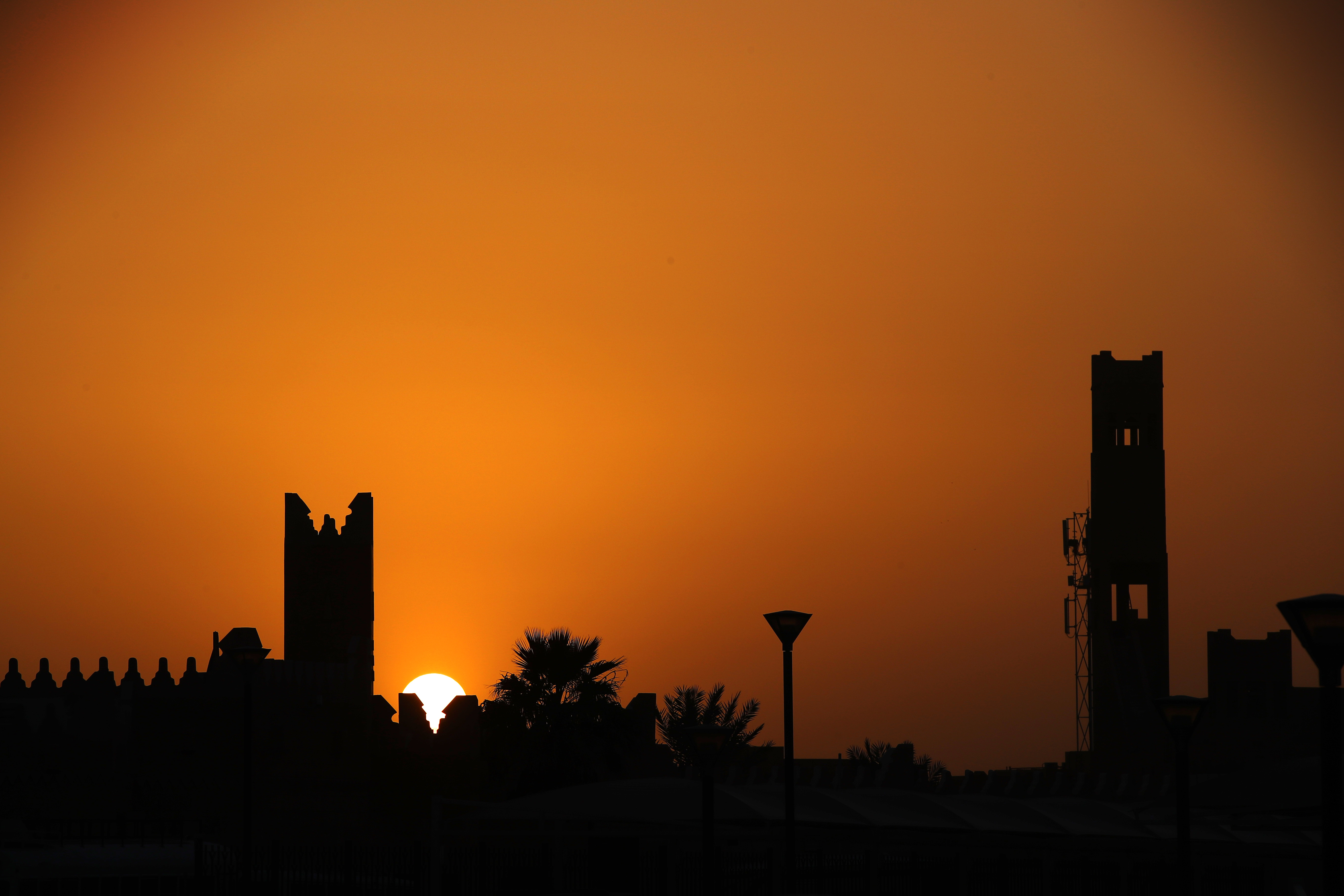 Avalanche Andretti's Jake Dennis joins the grid again with the only American driver, Oliver Askew. ROKiT Venturi Racing head into a new campaign full of optimism having obtained the runner-up medal last year with Edoardo Mortara. He is joined by 2016/17 champion Lucas di Grassi at the Monegasque team this season. 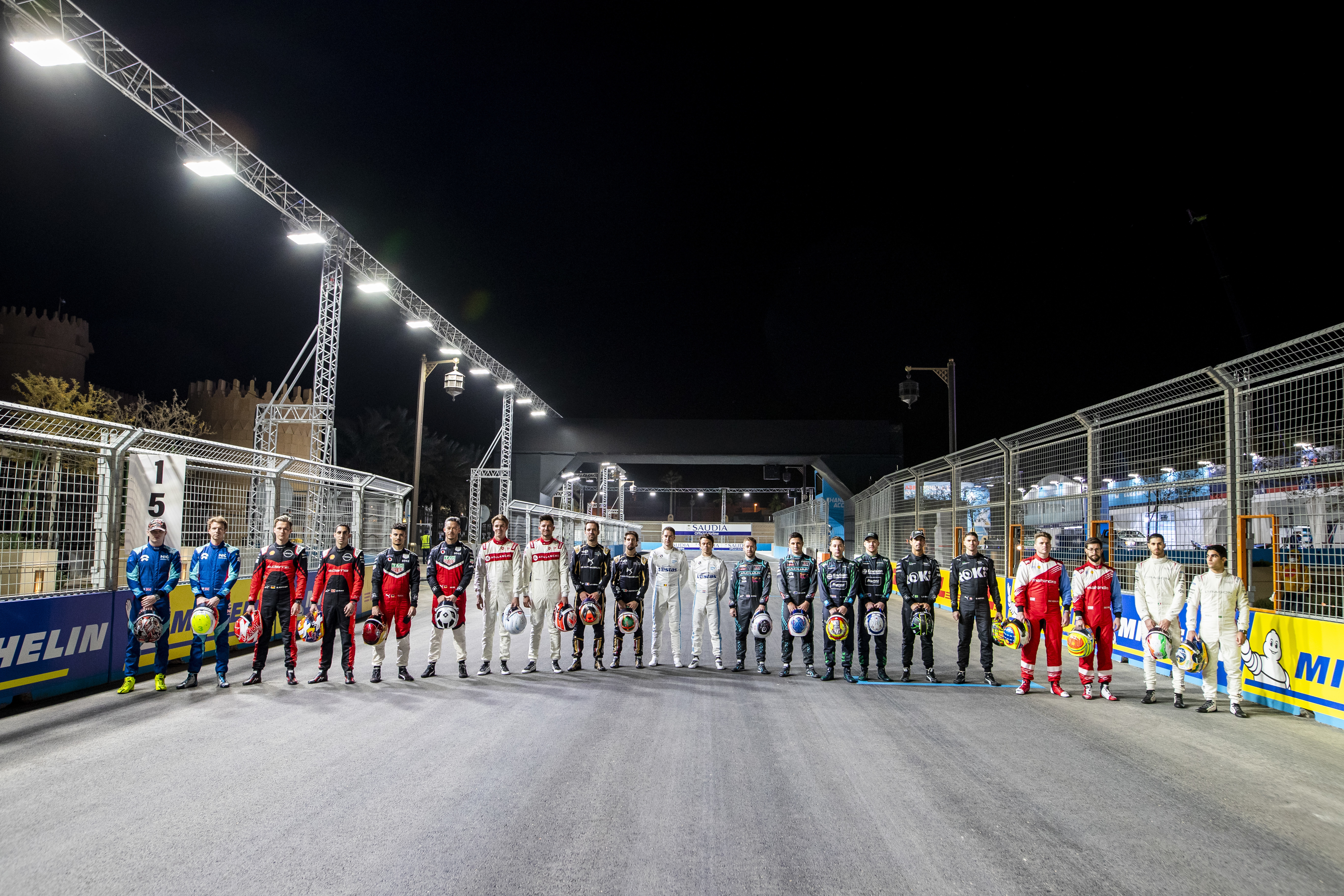 ABB Formula E has detailed the multiple ways you can watch the season so that you never miss a moment.