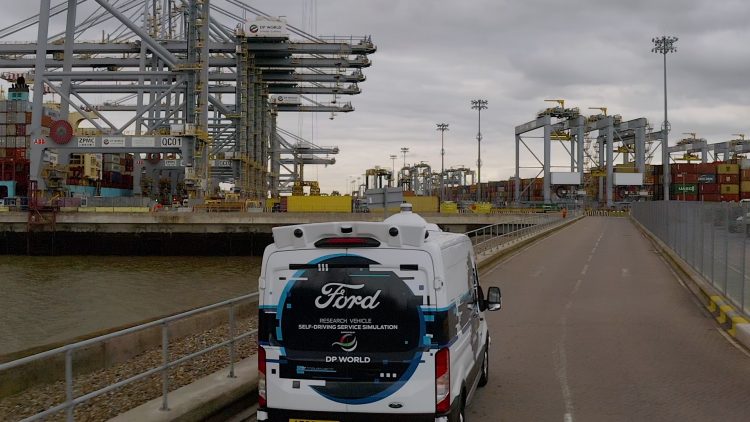 The trial is part of a wider initiative of Ford’s called the Self-Driving Research Programme, designed to identify new opportunities and models for autonomous vehicle operations. 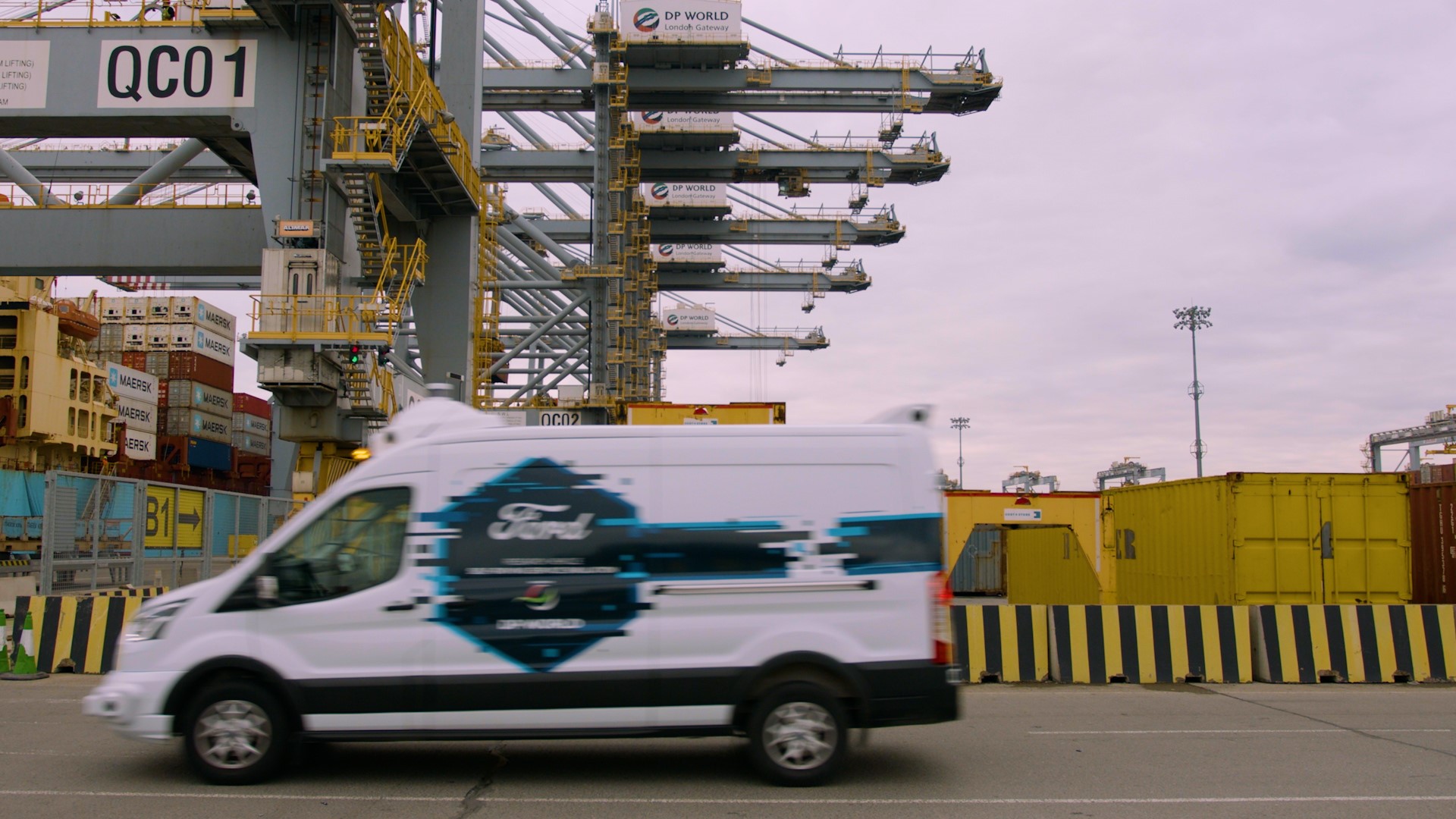 In the DP World trial, Ford tested how port workers managed when accessing self-driving delivery vehicles themselves. Currently, the workers collect their own parcels from a reception desk, which is time consuming for the team.

Ford used a specially adapted Transit fitted out to mimic the look of an actual self-driving vehicle with a driver concealed within a “Human Car Seat”.

Then, at set delivery times, the Transit travelled to the main reception 3.5km away so that colleagues could retrieve the parcels.

The American manufacturer found that DP World’s employees quickly became comfortable using the autonomous van and that it saved them a lot of time.

Ernst Schulze, UK chief executive of DP World, said: “Popping in the car to pick up a package from elsewhere on site might not seem like it takes that long, but across multiple journeys over weeks, months and years, this can add up to a lot of time and money.”

Ford’s Self-Driving programme was first launched in June this year and explored the potential impact autonomous vehicles could have on courier services and doorstep deliveries. 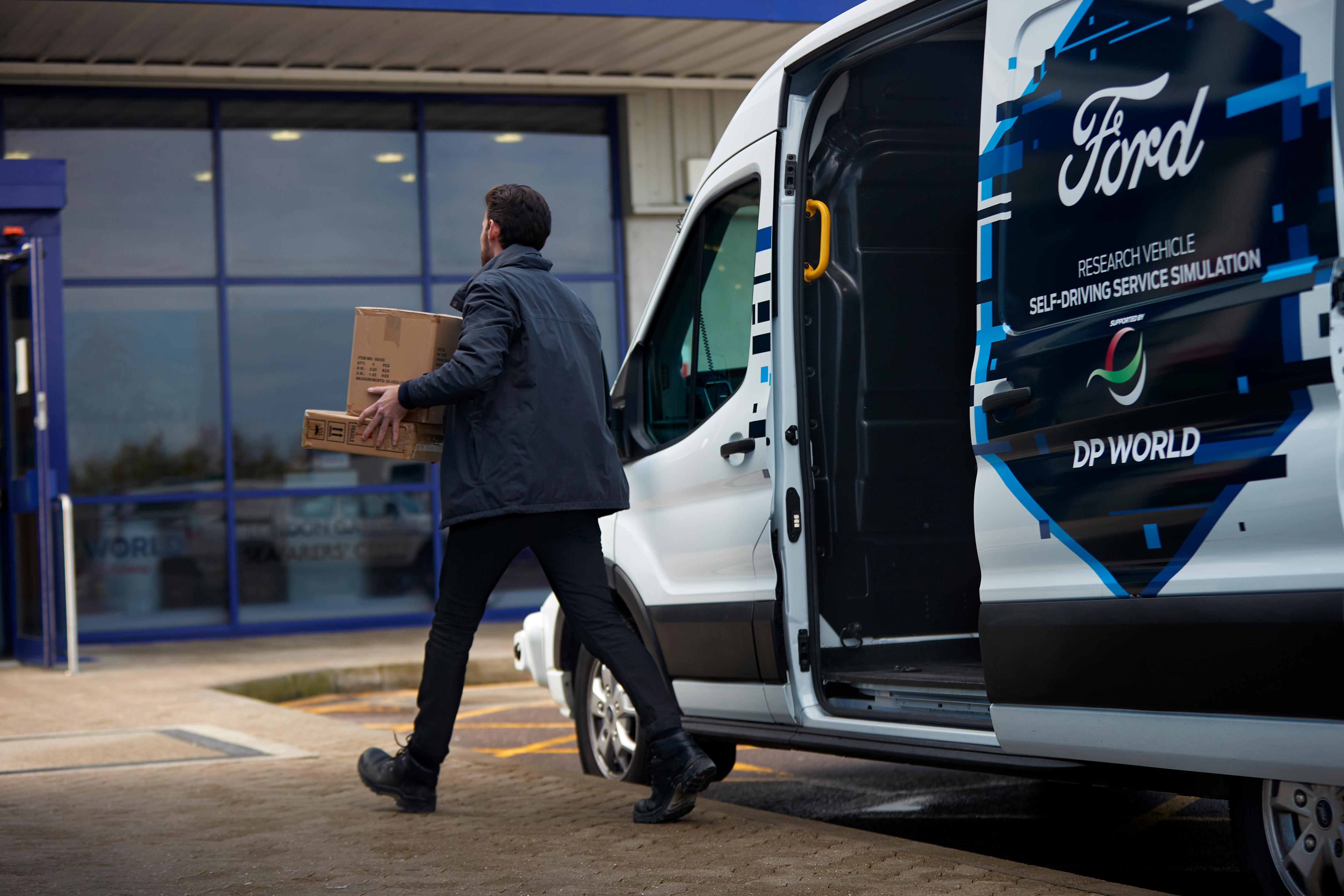 Richard Balch, director of autonomous vehicles and mobility at Ford of Europe, said: “We are continuing to work very closely with our customers to learn how these vehicles can benefit their businesses and it is exciting to see first-hand the impact this can have across a diverse range of locations. What worked so well at DP World premises could equally be of benefit at universities, airports and manufacturing facilities.”