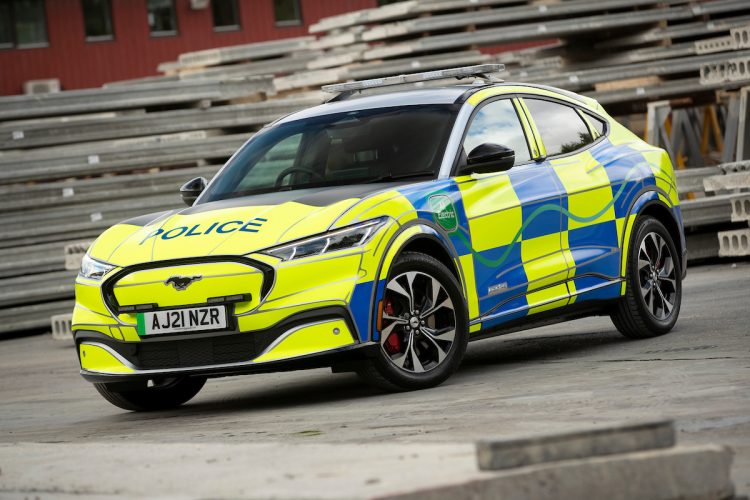 The new all-electric Ford Mustang Mach-E could become part of the UK’s police force in the near future.

Such has been the enthusiasm of the British police for Ford’s all-electric SUV that already seven forces have either tested the new vehicle or requested a full evaluation of a specially built concept car.

The company built the concept, in full ‘blue light’ livery, which was on display at the Emergency Services Show, at the NEC, Birmingham on 7-8 September. 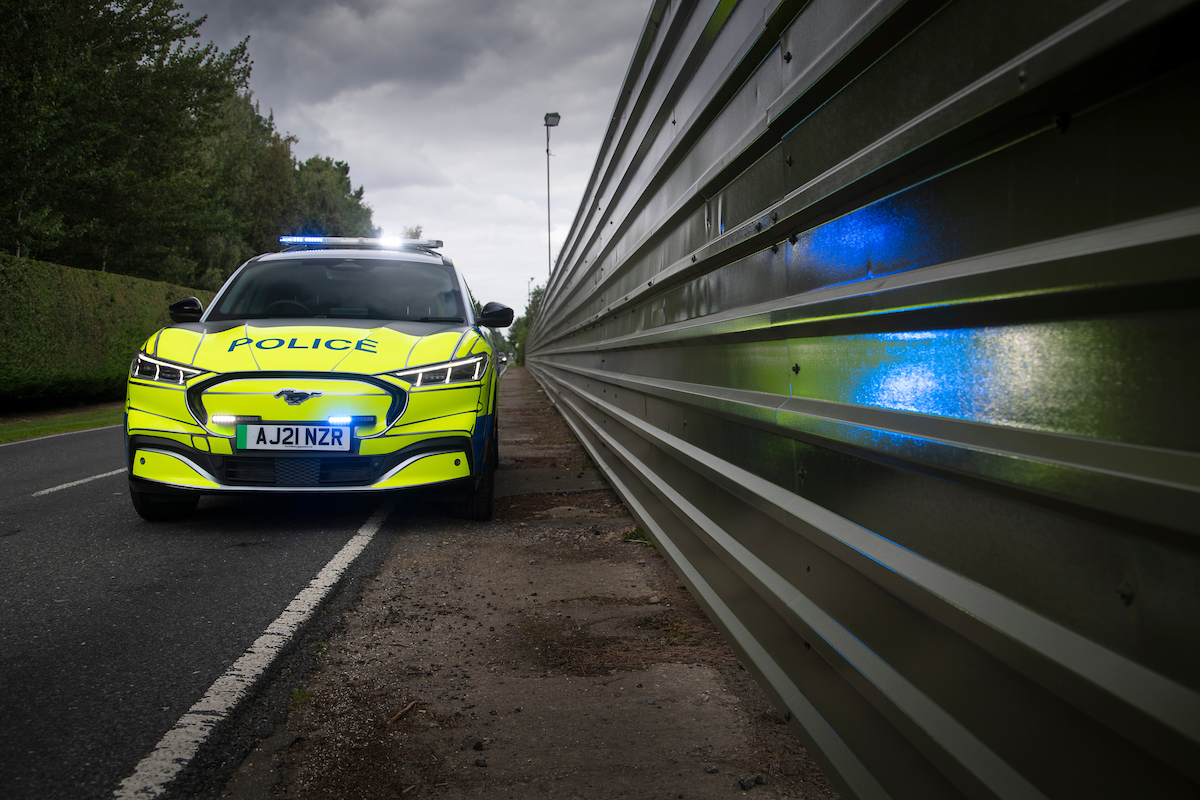 The test car was built following many enquiries from UK police forces looking for greener solutions to the current products currently available to them.

The Metropolitan Police Force has already appraised the standard Mustang Mach-E and has now requested a full evaluation of the marked concept. Also waiting for an opportunity to try the new 999 vehicle are the Sussex, Surrey, South Wales, Dyfed Powys, Devon & Cornwall and Police Scotland forces.

The new Mach-E is capable of 0-62mph in 3.7 seconds (GT version) and 111mph and it is already a Guinness World Record holder having achieved the lowest energy consumption on a journey in an electric car. It’s capable of 379 miles range between charges.

“The vehicle range is uncompromised as the blue light equipment is being drawn from the vehicle’s 12V battery and not the drive battery,” says Terry Adams, Blue Light Direct Sales Manager, Ford of Britain and Ireland. “In future developments we will look to increase this battery capacity to allow for additional equipment to be fitted.” 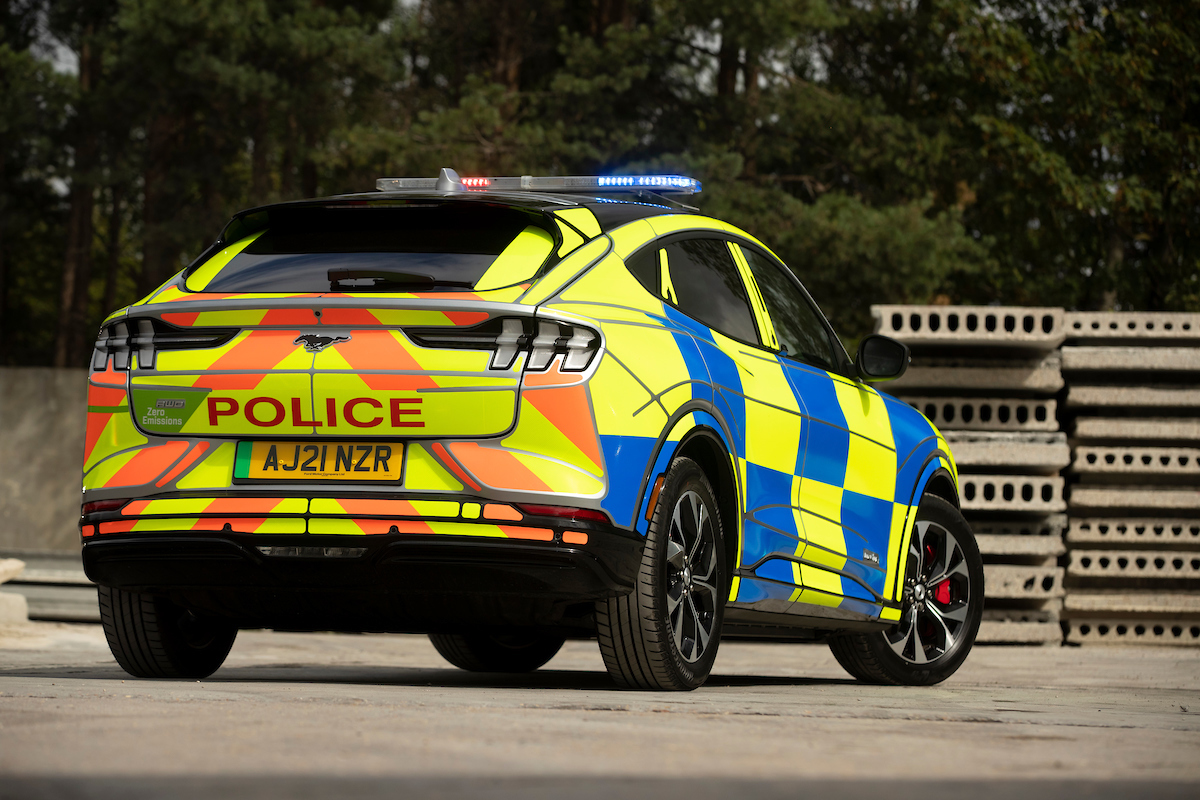 Among the equipment fitted to the concept car are bespoke mounting pods and brackets to ensure suitable locations are found for operational use, with minimal damage to the vehicle. All lighting is LED with very low power consumption to reduce current draw from the vehicle’s 12V power system.

As WhichEV reported, Ford engineers have ‘torture tested’ the Mustang Mach-E to help give customers the confidence to take the leap to electric. These tests also show that the car is tough enough to be part of the force.