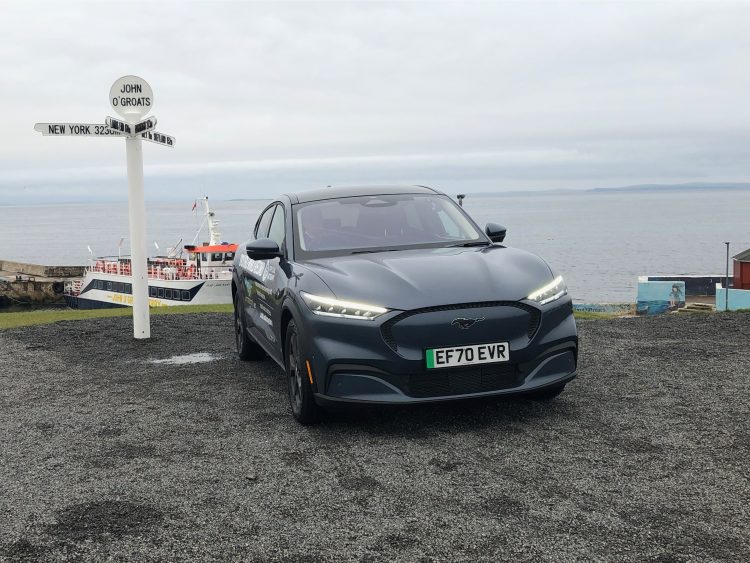 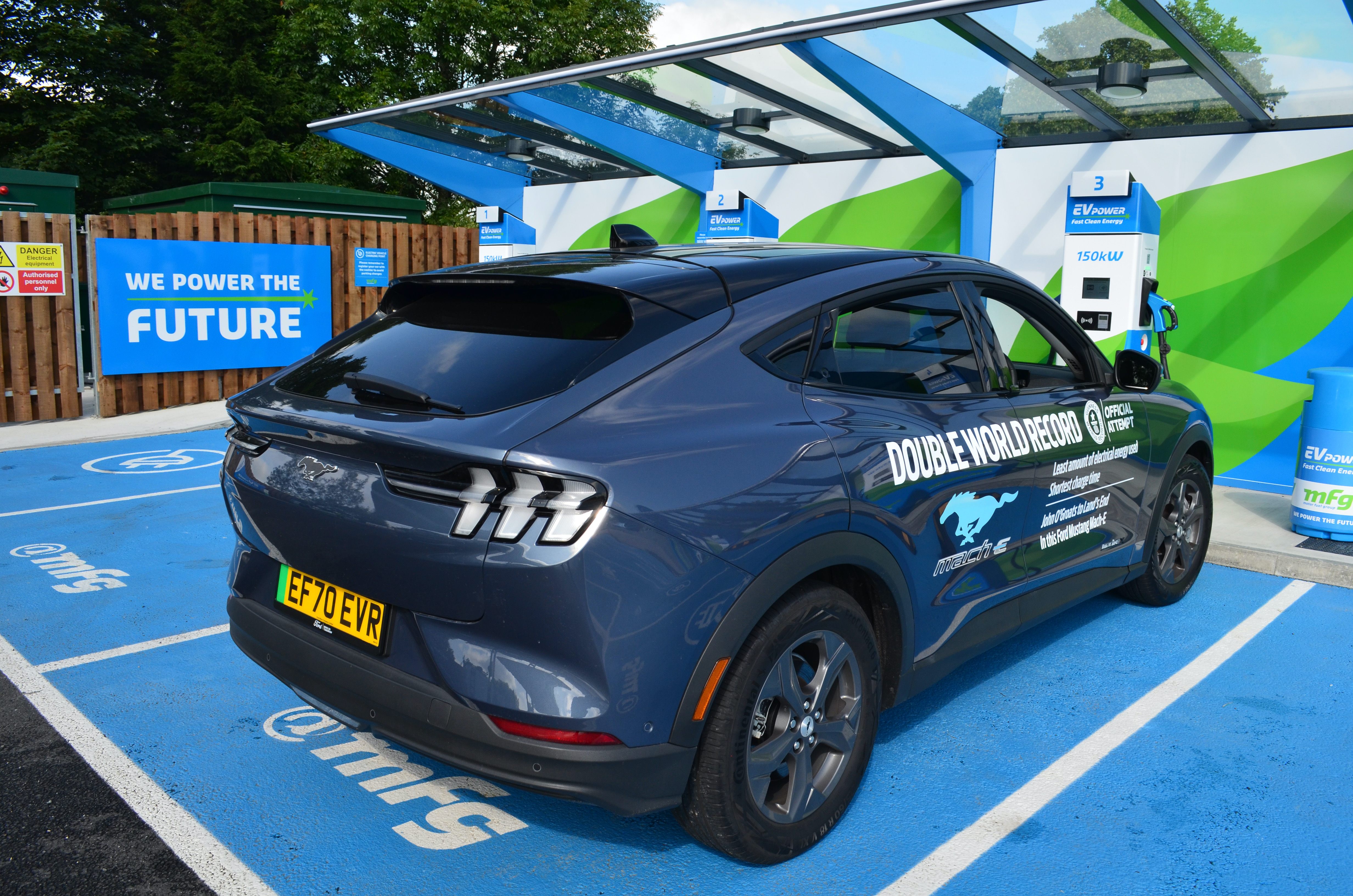 Fast charging the rear-wheel drive extended range Mustang Mach-E, which set the record, at 150kW adds around 73 miles of driving range every 10 minutes on charge.

The team only stopped at MFG’s charging hub in Wigan, in North West England, for the single charge last month, meaning the fewest charge stop record will be permanently held by Ford Mustang Mach-E.

MFG’s charging network will be joining the 15,000 UK charging locations, and 200,000 across Europe, which can be located, navigated to and paid for in the Ford Pass app.

Tim Nicklin, Ford’s electrification manager has explained that the Mach-E performance is set to make the EV an outlier on the market.

“As deliveries ramp up, customers can be assured of Mach-E’s viability for daily use – as evidenced by this triple record-breaking performance, even on the UK’s most extreme journey,” he said. “Ford’s own Go Electric report on consumer perceptions reveals that the average range which the public thinks an electric car can travel is under 150 miles. If the Mach-E can achieve well over three times that distance in the hands of professionals, and under 45 minutes of top-up charging on route, it can easily accommodate customers’ everyday requirements.” 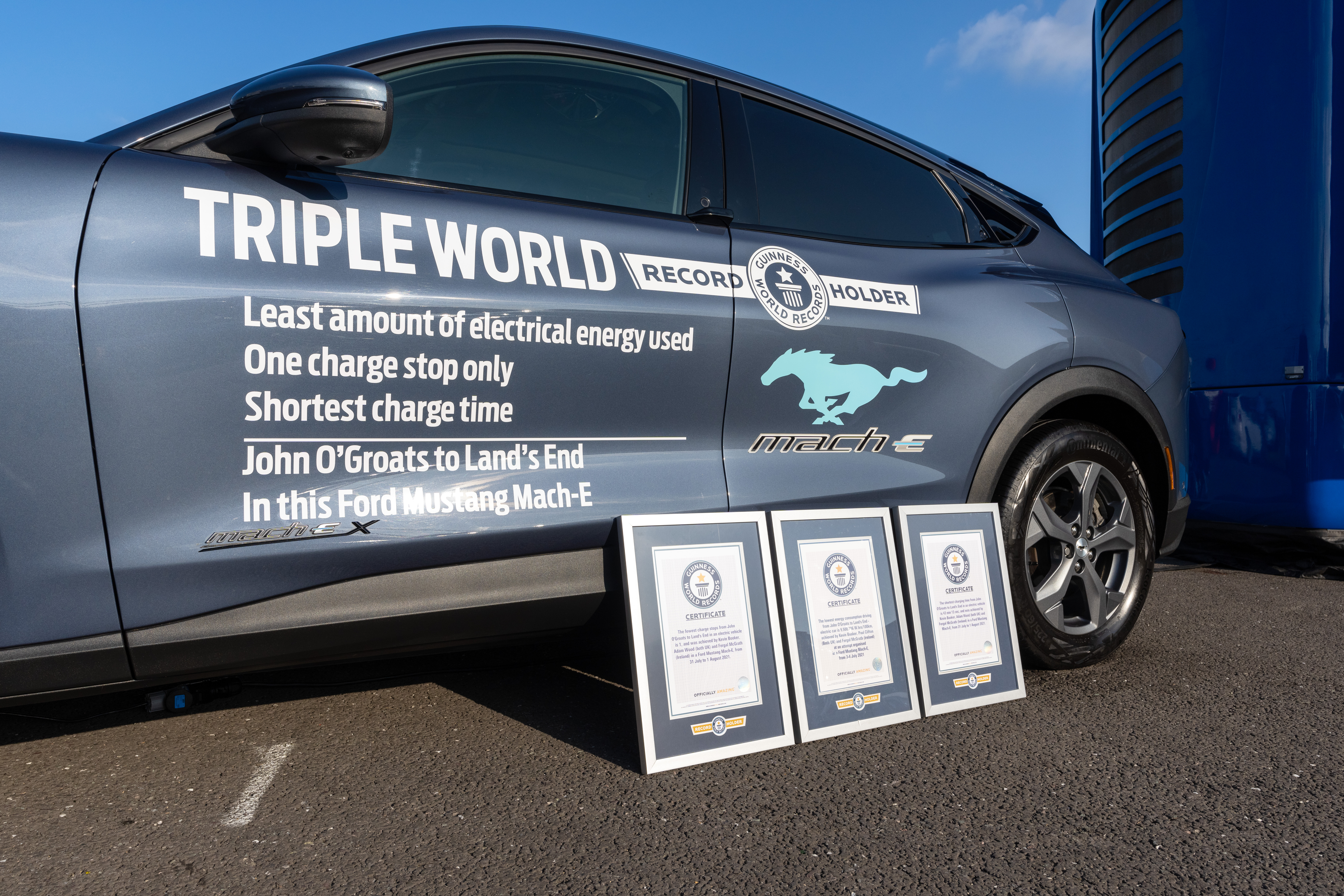 In July, the Mach-E’s ultra-efficiency on the same route consumed the least energy by an electric vehicle by travelling 6.5 miles per kilowatt hour (kWh) – equating to well over 500 miles of range, compared to an official 379-mile capability from a single charge.

The record-breaking Ford Mustang Mach-E was present at Fully Charged Live, as part of Ford’s Go Electric roadshow, which provides answers to consumer questions raised about electrified motoring. The roadshow’s display vehicles demonstrated Ford’s move towards all-electric and plug-in hybrid versions of its entire car and van range, ahead of the UK’s 2030 switch to electrified new vehicles.