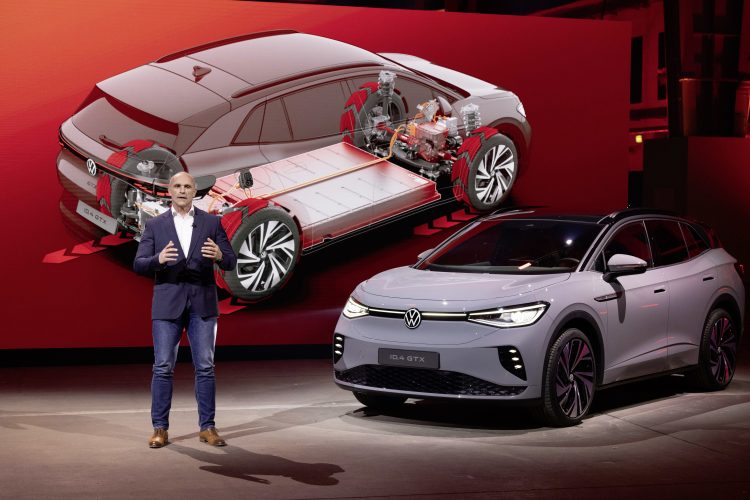 May has been another great month for electric vehicles. Statistics from JATO Dynamics showed that in Europe EVs registered a record 16% of the total market share.

The month of May has also been extremely positive for Volkswagen as it secured the second highest monthly market share since 2001. The German manufacturer’s share totalled 28.14% during May, second only to April 2020 when it secured 29.23%.

Total sales were boosted by increasing consumer demand for EVs and SUVs – with Volkswagen Group now leading in Europe across both segments.

In the top 10 bestselling battery electric vehicles in Europe, Volkswagen’s ID.3 claimed second place with over 6,000 new registrations. The ID.4 came in fifth with over 4,600 new units and the all-new Skoda Enyaq, which shares the same MEB platform of its VW sisters, was fourth with over 5,000 new vehicles registered. Volkswagen’s electric Up was ninth with over 3,000 sales.

The top-selling BEV, however, was the Tesla Model 3 which saw 8,762 new EVs registered during the month of May.

VW’s performance last month demonstrates the value of identifying key drivers of growth and adapting sales strategy at the right moment, in order to meet emerging consumer demand. Although Europe is a mature market, EVs and SUVs are key segments that still show considerable growth potential, according to Felipe Munoz, global analyst at JATO Dynamics.

“As with the diesel scandal in 2015, Volkswagen Group is again able to overcome the crisis and emerge stronger,” he said.

Overall, according to data from JATO Dynamics for 26 European markets, sales volume totalled 1,073,987 units, taking the year-to-date total to 5,150,831 units. Despite this increase, the overall volume was 25% lower than May 2019.