The Mk3 remotely piloted electric flying racing car is at its heart a performance machine. At maximum power it delivers 320kW, equalling an Audi SQ7 performance SUV. The Audi weighs 2,500kg while an Airspeeder racing craft (without pilot) weighs just 130kg. It can lift a weight of more than 80kg, proving the viability of the powertrain for piloted races. Acceleration from 0-62mph takes 2.8 seconds and the Speeder can climb to 500 meters.

The Airspeeder engineering and technical team is drawn from some of the leading names in performance and racing vehicle engineering including McLaren, Tom Walkinshaw Racing and Brabham. 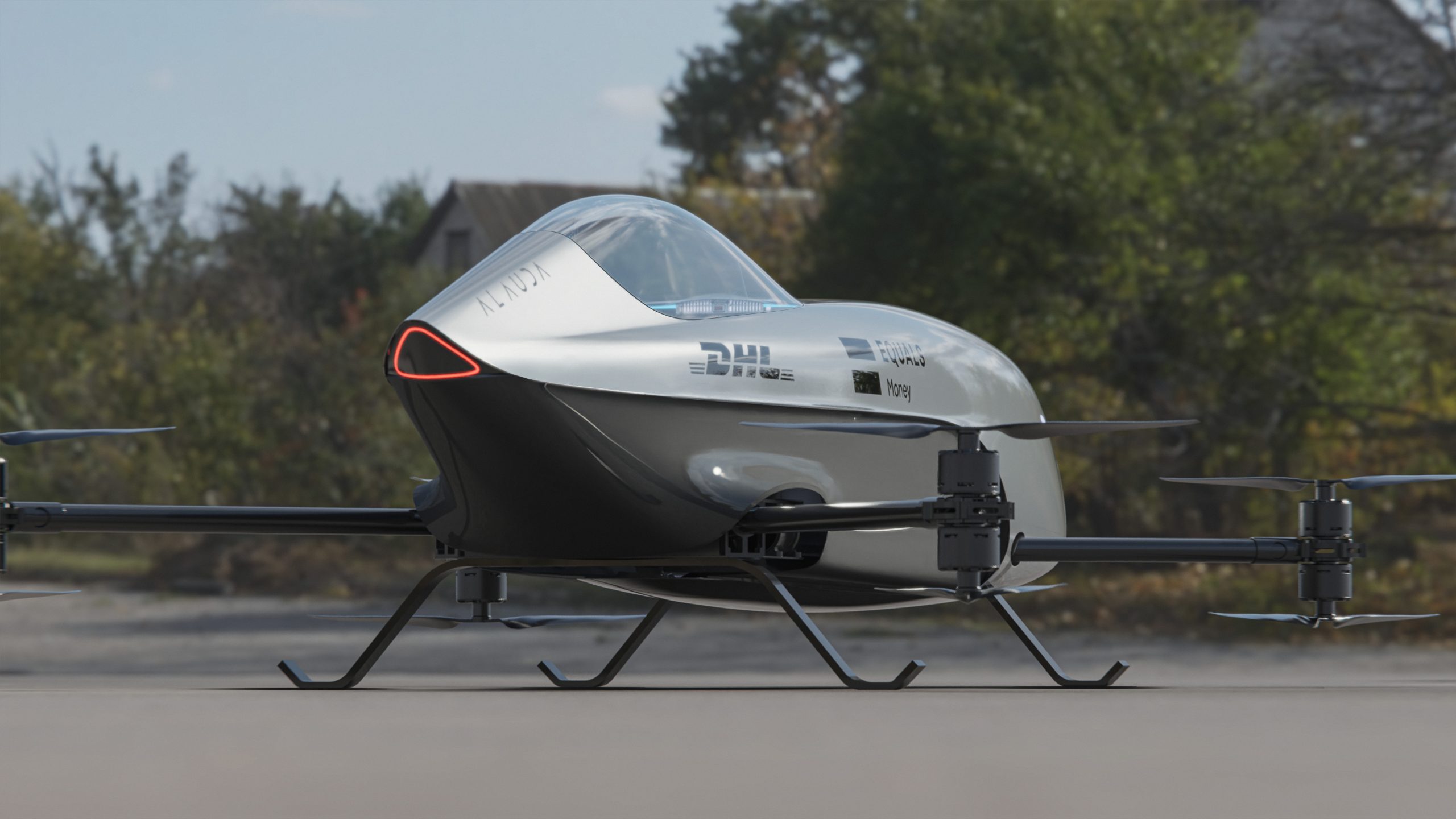 The vehicle consists of a chassis and carbon fibre moulded ‘tub’-style skin. This ensures overall strength to maintain the structural integrity of the vehicle under extreme racing conditions and manoeuvres.

Batteries have been redesigned versus the previous iteration of the Airspeeder to have 90% more capacity with only a 50% increase in weight. The specification of these cells also delivers an exciting strategic layer. Power delivery profiles can be changed by ground-crews to respond to the different requirements of the electronically governed sky-tracks that Airspeeder pilots will follow.

Every Airspeeder includes rapid pit stops. To facilitate this, Alauda’s engineers have developed an innovative ‘slide and lock’ system for the rapid removal and replacement of batteries when on the ground. This technology debuts on the Mk3. Intense internal competition between inhouse pit-crews has driven the pitstop time down to just 14 seconds, which is entirely compatible with any form of ground-based legacy motorsport.

Felix Pierron, Head of Design, Airspeeder and Alauda explained that the Mk3 is a unique vehicle that will shock the world.

“This is pure innovation. We are not constrained by four wheels or a square frame. We are leading an entirely new aesthetic; racing flying vehicles. It will take at least a century to define an era as we are today,” he said. “I am very proud to fulfil my responsibility of making machines that are as beautiful as they are purposeful.” 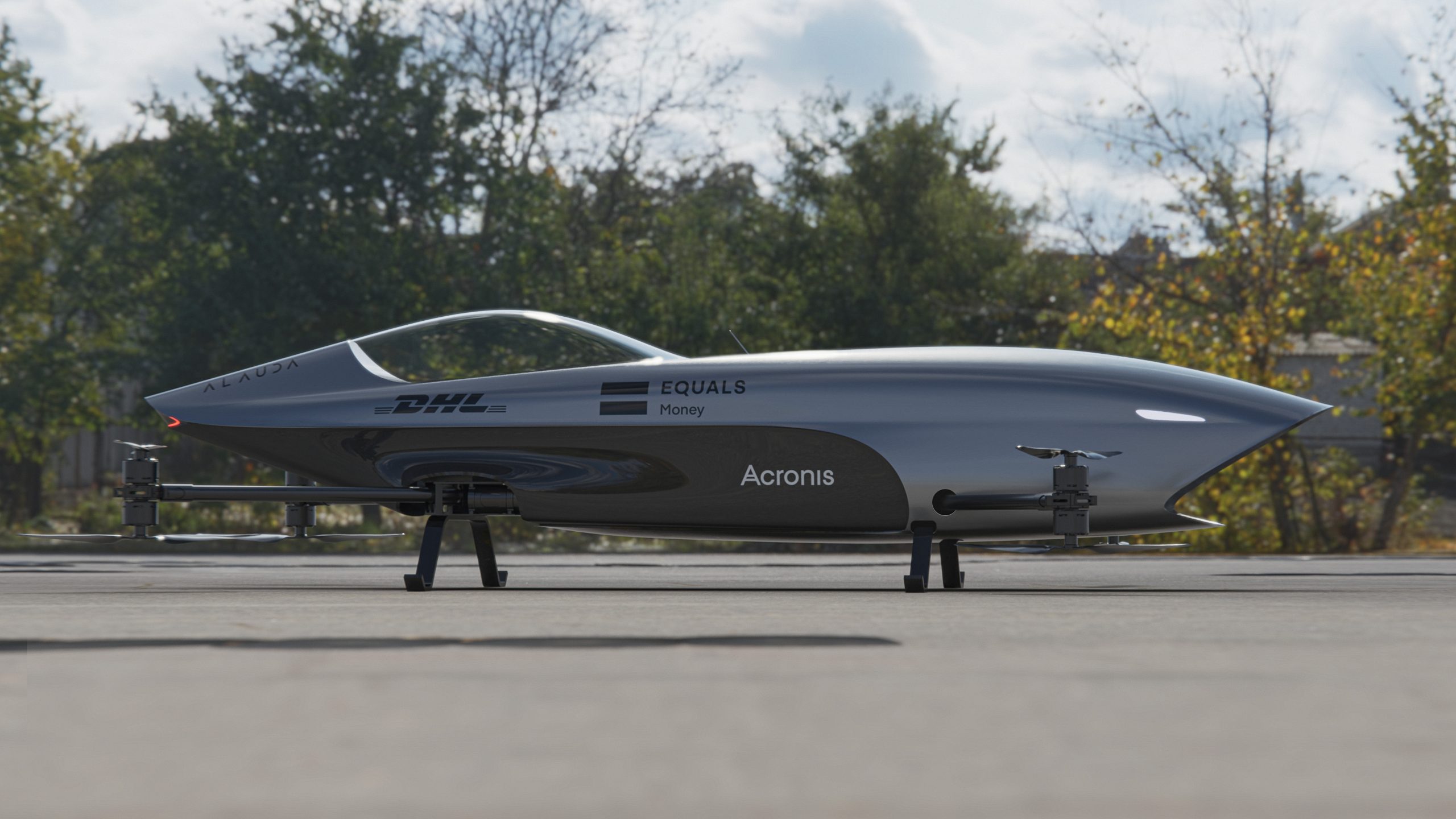 The flying vehicle employs a systems-based approach to safety. This is a recognised methodology from military, civilian and performance aviation. This means that no single operational failure can lead to loss of the primary function of the vehicle, which is controlled flight.

In the early stages of the Mk3’s development simulation, bench testing and integration testing techniques were employed to fully map out these systems. Ahead of live testing, this gave engineers confidence that in the event of a systems failure, vehicles will remain in the air but at reduced performance to ensure the pilot, whether operating remotely in the case of the Mk3, or in the cockpit in future iterations, will be able to safely return to the ground.

When creating an entirely new vehicle for a future sport, there are no rules, precedents, or preconceptions. In that sense Pierron has been free to create an entirely new aesthetic expression of the future of advanced air mobility.

His vision represents the marriage of an F1 car, a fighter jet and a helicopter. In functional terms, when crewed racing begins in 2022 and beyond, the pilot will sit in the cockpit in the same manner a driver is placed in a modern Formula 1 car.