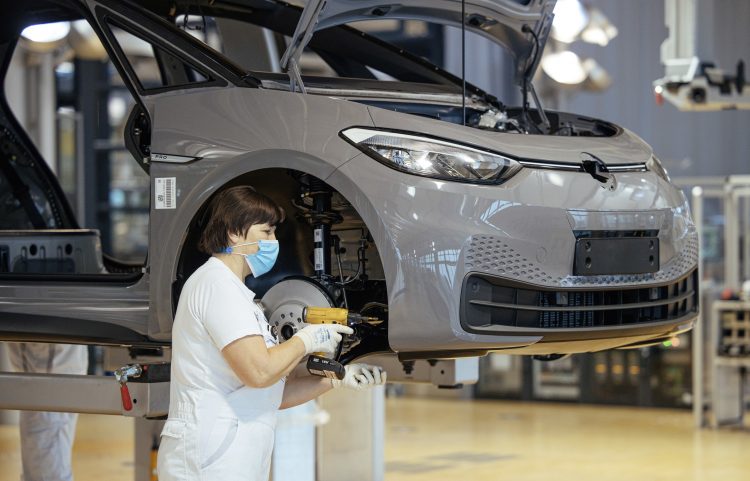 Electric cars and vans will be cheaper to make than fossil-fuel vehicles in every light vehicle segment across Europe from 2027.

A study by BloombergNEF commissioned by Transport & Environment (T&E) found that battery electric vehicles could reach 100% of new sales across the EU by 2035. 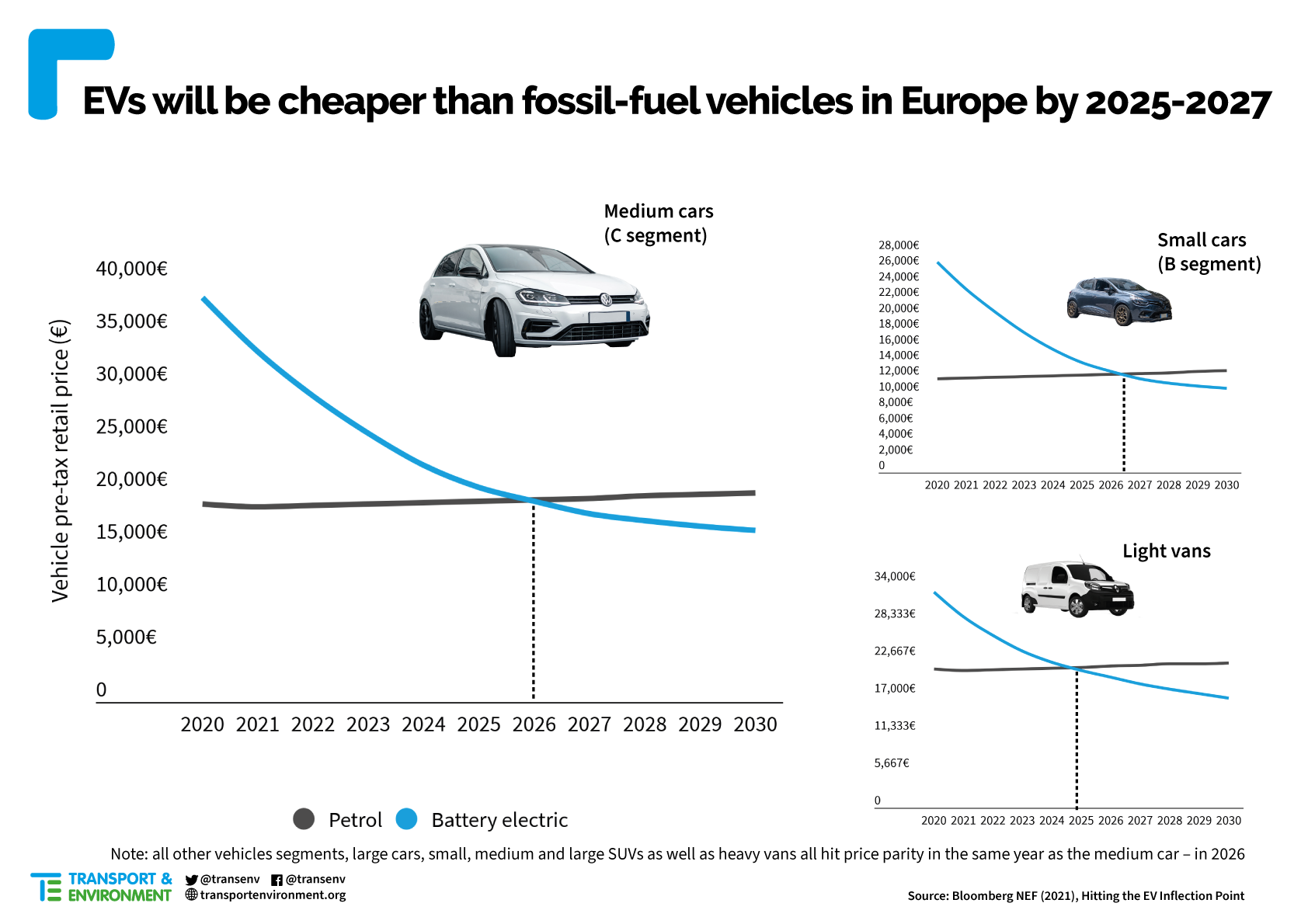 Electric sedans (C and D segments) and SUVs will be as cheap to produce as petrol vehicles from 2026, while small cars (B segment) will follow in 2027, BNEF projects. It finds that falling battery costs, new vehicle architectures, and dedicated production lines for electric vehicles will make them cheaper to buy, on average, even before subsidies.

The all-electric revolution is coming soon everywhere in Europe, according to Julia Poliscanova, senior director for vehicles and e-mobility at T&E.

“EVs will be a reality for all new buyers within six years,” she said. “They will be cheaper than combustion engines for everyone, from the man with a van in Berlin to the family living in the Romanian countryside. Electric vehicles are not only better for the climate and Europe’s industrial leadership, but for the economy too.” 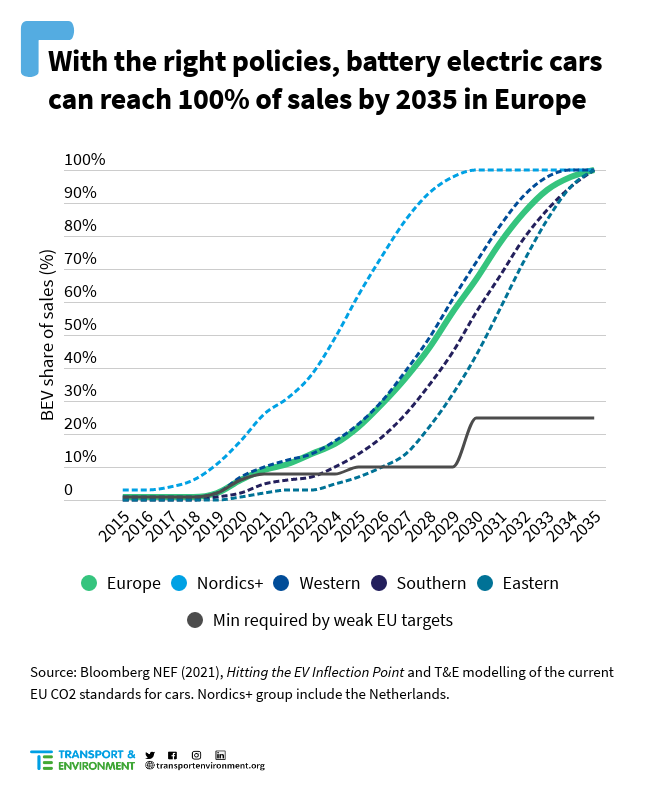 Light electric vans will be cheaper than diesel vans from 2025, and heavy electric vans from 2026, BNEF also finds. But today, e-vans account for just 2% of sales because of weak emissions standards that fail to stimulate manufacturers to invest in their supply. As we reported, Ford is currently set to start customer trials of the new E-Transit – the all-electric version of its widely popular cargo van.

The report highlights that the help from governments will be key for a quicker uptake of EVs as battery electric cars and vans could reach 100% of new sales by 2035, even in southern and eastern Europe, if lawmakers increase vehicle CO2 targets and ramp up other policies to stimulate the market such as a faster roll-out of charging points.

If left to the market without strong additional policies, battery electric cars will reach only an 85% market share, and e-vans just 83%, in the EU by 2035 – missing Europe’s goal to decarbonise by 2050, according to Poliscanova.

“With the right policies, battery electric cars and vans can reach 100% of sales by 2035 in western, southern and even eastern Europe,” she said. “The EU can set an end date in 2035 in the certainty that the market is ready. New polluting vehicles shouldn’t be sold for any longer than necessary.”

Is the Porsche Taycan the next Boxster?