Is the Porsche Taycan the next Boxster? 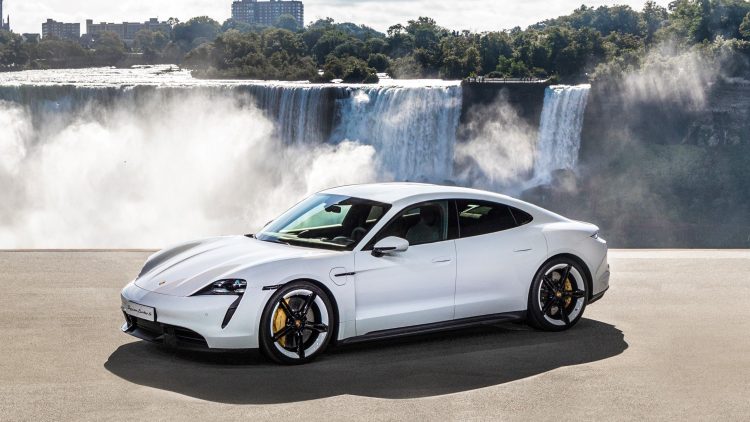 The all-electric Porsche Taycan is so popular that it is poised to pass the legendary 911 in sales in 2021.

According to the Volkswagen Group, the German manufacturer delivered 9,072 Taycans in Q1, leaving the EV just 61 units behind the 911: an outstanding achievement for the company.

However, this is not the first time that the manufacturer has seen an ‘unconventional’ Porsche simply take over the market and usher the company into a new dimension.

Exactly 25 years ago, the Porsche Boxster saved the iconic brand from bankruptcy by becoming one of the most appreciated and widely popular models on the market.

Of course, Porsche is now in a much better place than it was a quarter of a century ago, but the Taycan and the Boxster are more similar than you might think.

Let’s rewind the tape and look where the brand from Stuttgart was in the early 90s. Porsche had three iconic models in its line-up. The 911 (964), which was powered by an air-cooled rear engine; the 928, which was a front engine Grand Tourer; and the 944, which was another front-engine coupe.

Porsche was in a precarious position as the 924/944 and soon to be 968 platform was aging and the 928 had failed to capture the 911 market, which it was designed to replace. Meanwhile, with stricter emissions regulations, the air-cooled engine of the 911 was reaching the end of its life.

As the company needed to figure out a way to cut costs, it asked for help from a true expert in the sector: Toyota. The Nippon company told Porsche that the best way to reduce costs was to cut the aging and no longer profitable platforms and create a cheaper sports car on the same 911 platform that would also share some of the components — cue the Boxster.

Of course, the front engine would not work for this new project and the air-cooled motor of the 964 was not the solution either. Fortunately, Porsche was at the time also working to develop a water-cooled engine for the new version of the 911. Therefore, the company decided to use the same flat-six-cylinder motor that it was going to use on the new 996. Of course, the engine was not as powerful in the Boxster, but it used the same components.

The car was instantly loved by the press as it was very inexpensive compared to the 911 and it could still easily reach 149 mph and go from 0 to 62 mph in just 6.7 seconds. However, for the Porsche ‘purists’, the Boxster was deeply hated because it had a mid-engine layout. They believed that only 911s were ‘real’ Porsches and that an air-cooled motor was the distinctive detail that made these cars unique in the world.

However, the Boxster single-handedly pulled the company out from dangerous waters as it became the bestselling model of the manufacturer from 1996 until 2003. Even when the market expanded with more options for quick two-seaters, the Boxster with newer generations maintained a firm grip on this specific sector of the automotive industry. In 2007, thanks to the Boxster, Porsche had become the most profitable car manufacturer in the industry on a per-unit basis.

Although the Taycan and the Boxster are from two different worlds, the manufacturing philosophy has remained the same, which means profitability is the only way to survive. In particular, having a dedicated platform is one of the keys for success in the all-electric world, like it was before.

As we previously reported, Volkswagen, which owns Porsche, knows that by having a platform that can be used for various models will increase profitability and reduce costs as the engineering team won’t have to build something different for each model. In fact, for its cars that are focused on performance, it has created the J1 Platform, which is currently used by the Porsche Taycan and soon by the incredible Audi e-Tron GT.

Another aspect that is very similar for the Taycan and the Boxster is the fact that both cars have come at a particular time for the company. The two-door car came to save Porsche, reduce costs and revive a stagnant line up. Meanwhile, the sedan has come to help establish the German manufacturer on the electric vehicle market and secure a path towards electrification.

Both cars have seen unexpected popularity and both vehicles have proven to be outstanding in their respective segments. In fact, just as the Boxster is one of the best choices amongst two-door sports cars, the same can be said for the Taycan in the EV market for sedans.

At this moment, only Tesla with the new Model S and Model S Plaid Plus can offer more range and power at the same time than the Porsche. However, there are not a lot of other choices currently on the market that can match the quality offered by the Stuttgart product. The car that could particularly compete is the Mercedes EQS, which was recently unveiled but it has to be seen yet if it will become as popular.

The Taycan is only set to become even more popular, however, as the company has recently unveiled the Cross Turismo version, which promises to go from 0 to 62 mph in 2.9 seconds – a time worthy of a Hypercar. The station wagon version, which uses the same platform, is also expected to be able to have a top range of 308 miles. As Porsche needed the Boxster to stay afloat, the company needs the Taycan to literally launch the company into the future.

Two vastly different vehicles but born with the same goal in mind – to shock the world.