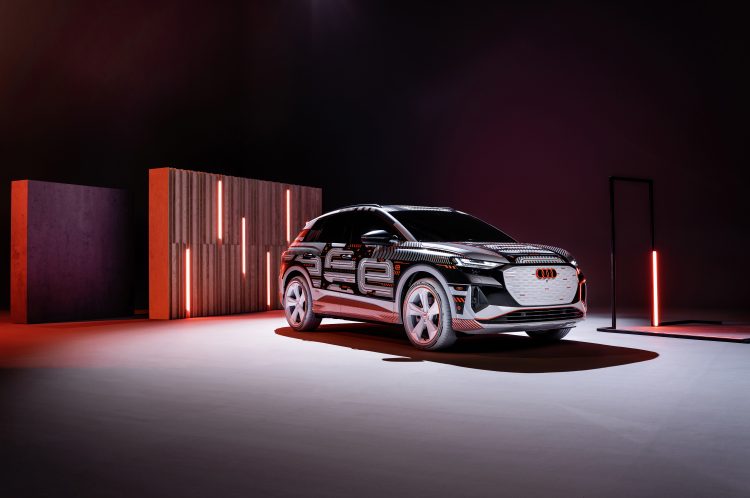 Audi has just unveiled some of the new features on the highly awaited all-electric Q4 e-tron.

The Q4 e-tron will be equipped with sophisticated elements including a pioneering augmented reality head-up display and touch-sensitive steering wheel control functionality and it will boast a level of space that far exceeds the current benchmark in the segment.

The underlying architecture of the vehicle is based on Audi parent company VW’s modular electric drive toolkit chassis, or MEB platform, which is used on the ID.3 and ID.4.

The MEB architecture permits exceptionally space-efficient packaging. This is demonstrated by its combination of a short front overhang measuring just 86 centimetres and a generous wheelbase length of 2.76 metres, which surpasses SUV equivalents from the class above.

As the rest of the Audi family, the Q4 e-tron will deliver its infotainment via a fully digital operating and display concept based around a central MMI touch display offering natural language voice control, complemented by the Audi virtual cockpit.

However, the most intriguing feature of the Audi will be the augmented reality head-up display as the company is taking a huge step forward in display technology. Key information and symbols from specific assistance systems and from the navigation module are visually superimposed on the ‘real life' area to which they specifically relate as content of the AR section and displayed dynamically.

They appear to be floating at a physical distance of roughly ten metres from the driver and depending on the situation can even appear considerably further ahead in some cases. The driver can understand the displays very quickly without being confused or distracted by them, and they are extremely helpful in poor visibility conditions.

The technical heart of the augmented reality head-up display is the picture generation unit (PGU), which is located deep inside the instrument panel. A particularly bright LCD directs the light beams it generates onto two level mirrors, and special optical components separate the portions for the near-field and distant areas. The level mirrors direct the beams onto a large concave mirror that can be adjusted electrically. From there, they reach the windscreen.

The AR Creator serves as the mastermind and picture generator on the software side and it renders the display symbols at a rate of 60 frames per second and adapts them to the geometry of the projection optics. At the same time, it calculates their location in relation to the environment, on which it obtains information via the raw data of the front camera, the radar sensor, and the GPS navigation.

While performing its computing work, the AR Creator takes into account that there are always a few fractions of a second between the identification of an object by the sensors and the output of the graphic content. During these brief time windows, the Q4 e-tron can change its position considerably, be it due to braking or a pothole. Multiple computations are performed continuously to ensure that the display in the eyebox does not jump into the wrong position.

The vehicle is also equipped with natural-language voice control, which is activated with the keywords “Hey Audi,” and it is the third control level in the Audi Q4 e-tron. It understands many entries and requests in everyday language, for example “Where is the nearest charging station?” 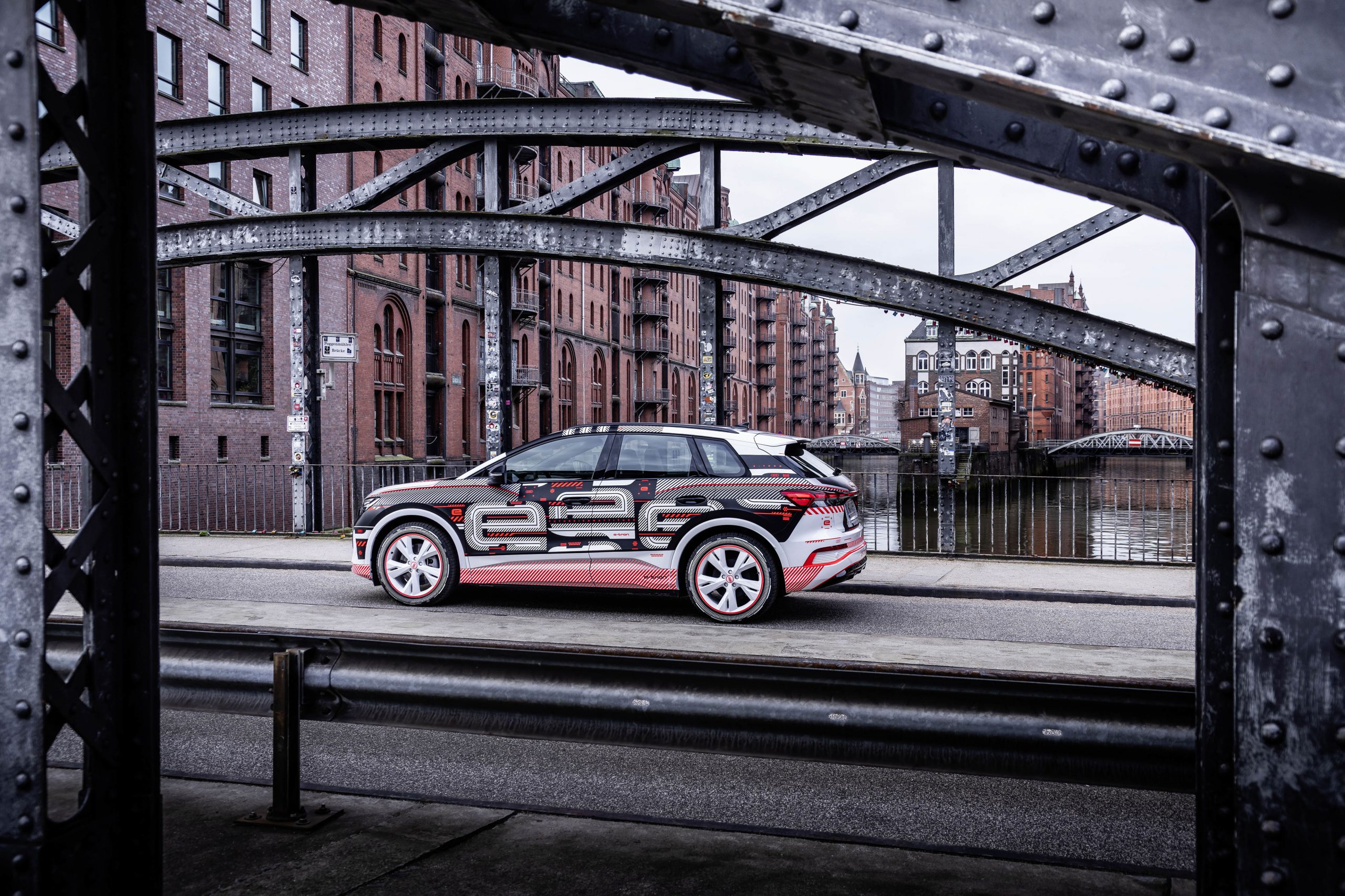 The new Q4 e-tron is considered just the latest step towards electrification as the company believes the compact SUV will be a true gamechanger, according to Director of Audi UK Andrew Doyle.

“Full electrification at Audi has so far been confined to the upper reaches of the range in our larger e-tron SUVs and e-tron GT grand tourers, so the launch of the Q4 e-tron into the core compact SUV segment will mark the point at which its influence really begins to radiate,” he said.