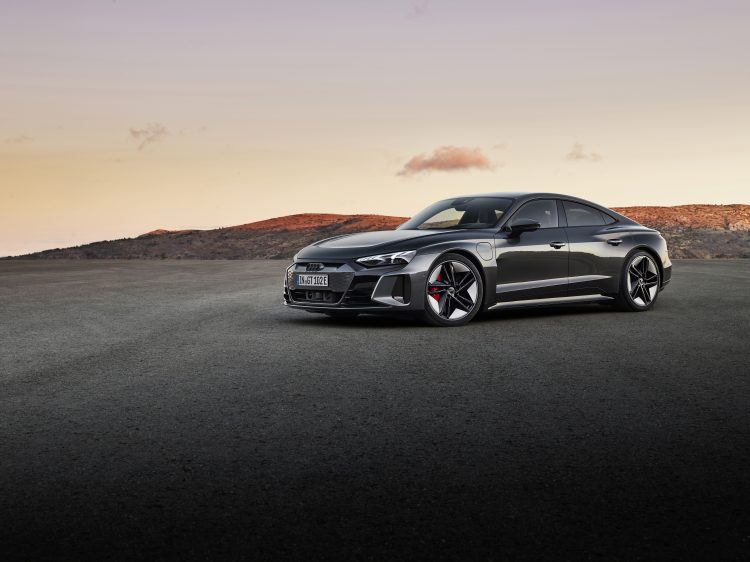 The new EVs from Ingolstadt will come to market in the spring and promise to quickly become two of the most exciting all-electric vehicles available.

Audi has announced that the e-tron GT quattro will be powered by a 175kW (238 PS) front electric engine and a rear motor able to contribute a further 320 kW (435 PS). However, both will keep reserves available for extreme driving situations, meaning that the sum of their individual outputs will exceed the drive system’s total output of 350 kW (476 PS) by some margin. 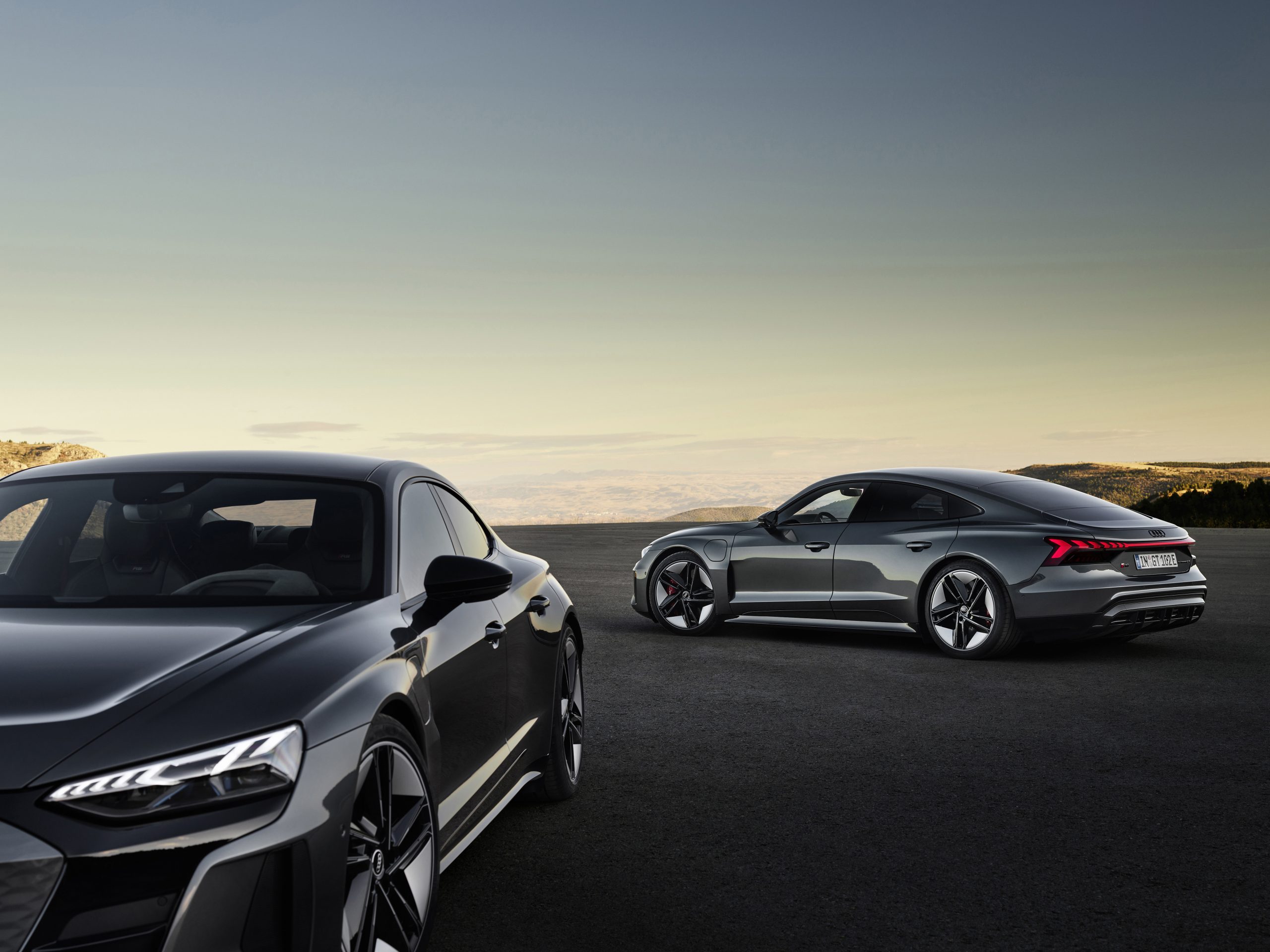 The two models are expected to have a blistering acceleration as the GT quattro will be capable of going from 0 to 62 mph in a mere 4.1 seconds, with the RS version dropping this to an even more incredible 3.3 seconds.

The lithium-ion battery system at the heart of the Audi e-tron GT quattro and RS e-tron GT is located between the axles, at the car’s lowest point. This provides a low centre of gravity and a weight distribution between the front and rear axles that is very close to the ideal value of 50:50. 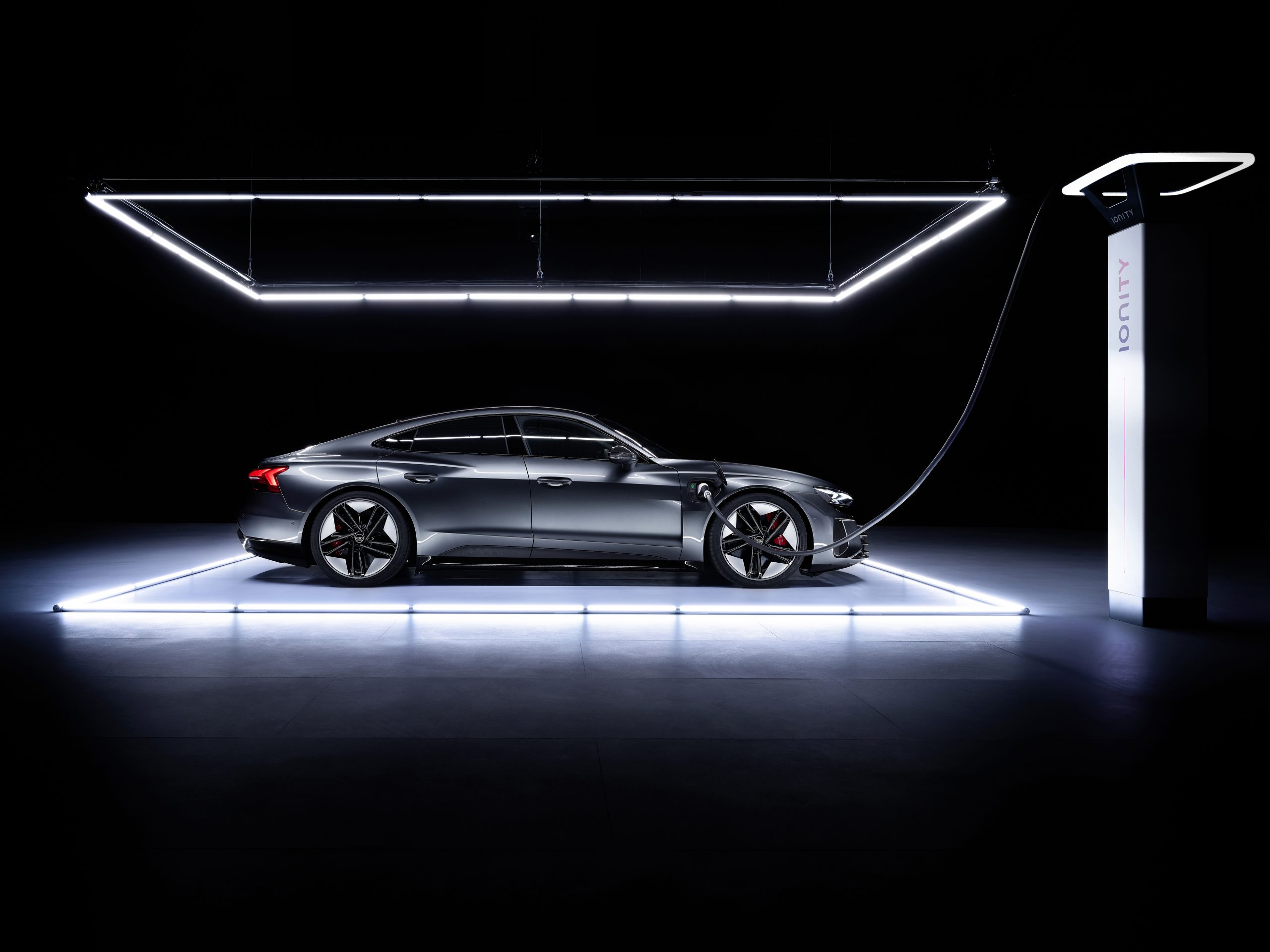 The high-voltage battery can store 86 kWh of energy net (93 kWh gross) in both models. The system voltage of 800 volts enables a high continuous output and shortens the charging duration; in addition, it reduces the weight of, and space required by, the wiring.

Audi installed four separate coolant circuits to regulate the temperature in the high-voltage components and the interior, each at its own temperature level. They can be interconnected flexibly when required, which means that if the driver demands a high output several times in a row, valves couple the coolant circuit of the battery with the refrigerant circuit of the air conditioning system, which helps to maintain performance at a consistently high level.

Charging ports can be found behind both front wheels in the e-tron GT models. Both sides feature connections for alternating current (AC) and there is also a connection for direct current (DC) on the right-hand side. The e-tron GT can charge with up to 11 kW AC as standard, meaning an empty battery can be replenished overnight. Also, at a sufficiently powerful DC terminal such as one of IONITY’s, the electric coupé can achieve a peak charging capacity of up to 270 kW, allowing it to take on board enough charge for a journey of up to 62 miles in just over five minutes. 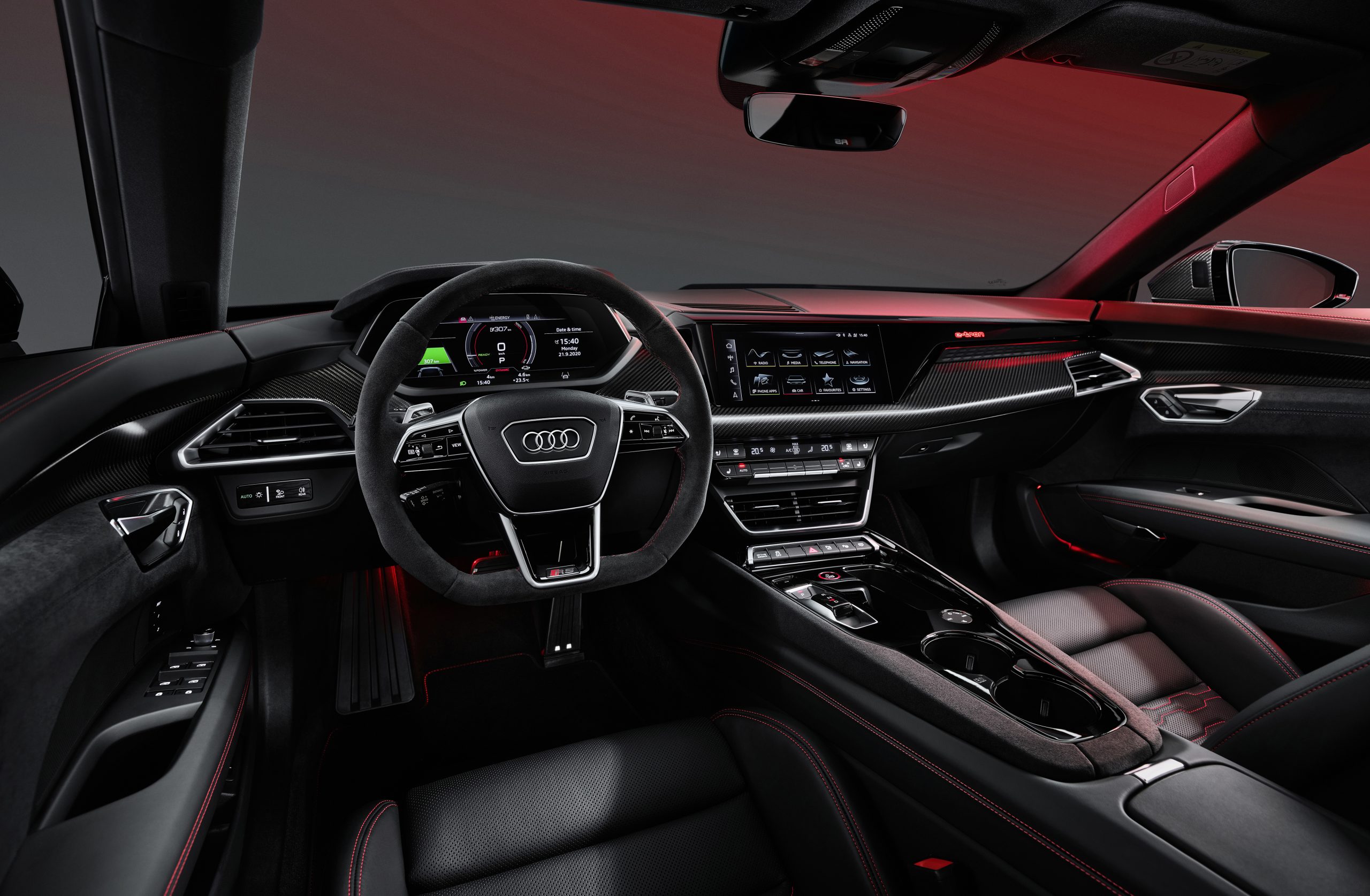 In typical Audi tradition the fantastic engineering must be paired with the sense of luxury and style of the interiors. The e-tron GT quattro and RS e-tron GT follow the current Audi concept. All information appears on two large displays. The driver operates the Audi virtual cockpit plus (12.3 inches) via the multifunction steering wheel and controls the central MMI touch display (10.1 inches) via touch.

The driver can access the infotainment, navigation and comfort functions, and input text, via the MMI touch display, which provides acoustic feedback. A natural voice control function, which understands many expressions from everyday language and can draw on both onboard information and knowledge from the cloud, can also be used.

The e-Tron GT models are equipped with eleven antennas, all of them invisibly integrated into the car, which connect it with the outside world, and the information they receive can be accessed by the driver via the MMI navigation plus media centre which features as standard in all models and also via the free myAudi smartphone app.

MMI navigation will supports the fast LTE Advanced transmission standard and use real-time data from the prevailing traffic situation as well as destination suggestions based on previously driven routes to guide the driver. 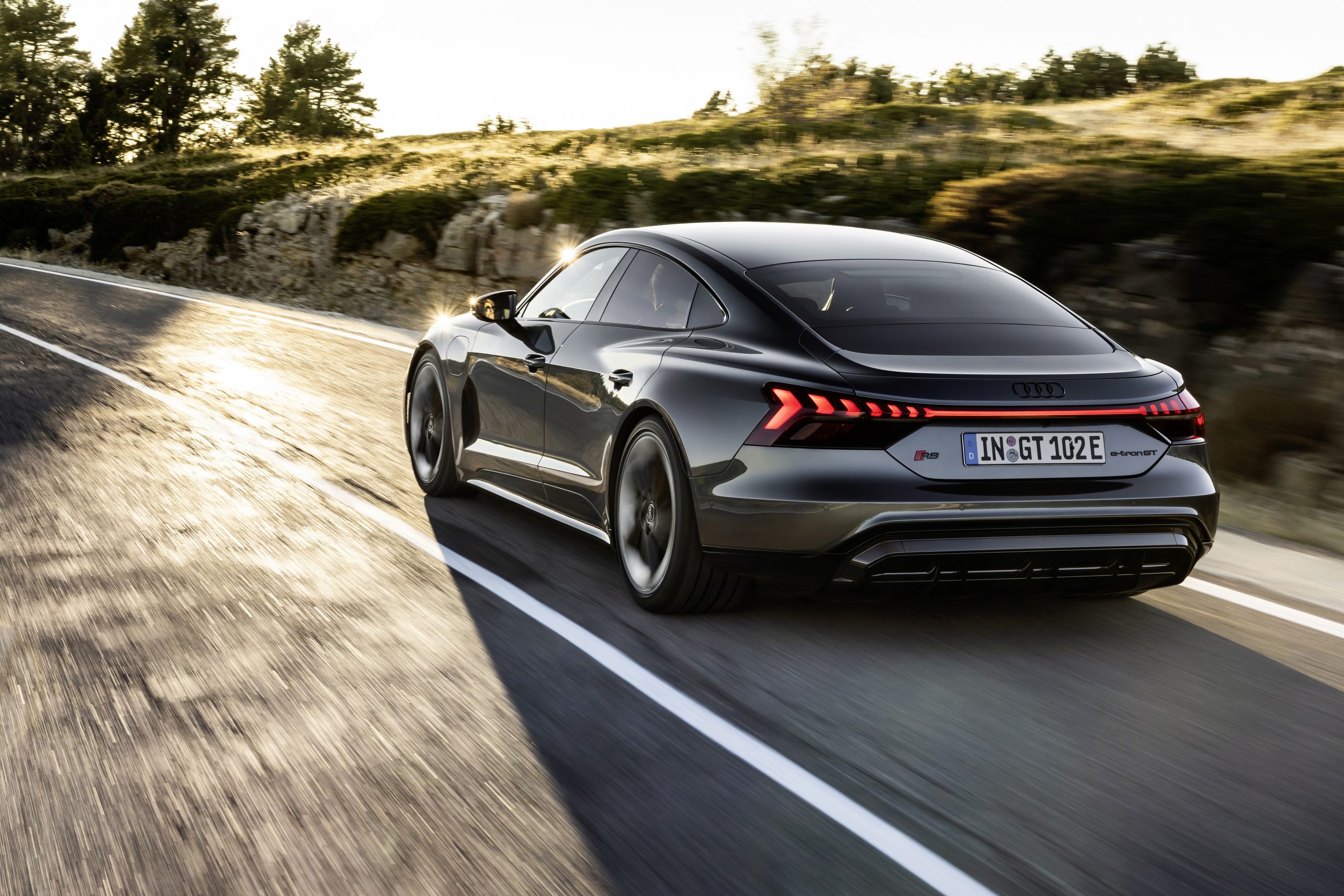 Since Audi is owned by the Volkswagen group, it is noticeable that the exterior design is strikingly similar to a model of another brand owned by VW. In fact, the e-tron GT resembles a Porsche Taycan.  The long wheelbase, wide track, large wheels and low-lying silhouette give the car a very low drag coefficient of 0.24 that improves efficiency and therefore driving range but also reminds us of the design of the highly popular Taycan.

These new incredible EVs however won’t come cheap as the e-tron GT quattro will have a starting price from £79,900 OTR, while RS e-tron GT will be starting from £110,950 OTR.