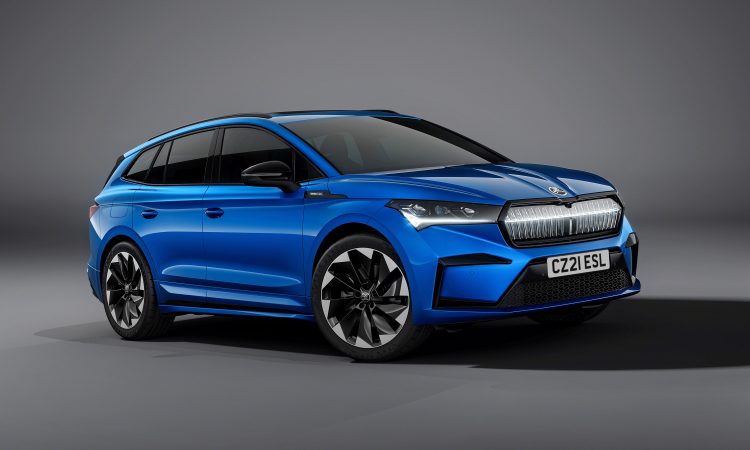 Skoda has unveiled a Sport trim to its new all-electric SUV range, the Enyaq SportLine iV.

Customers will be able to choose from two powertrains: the Enyaq iV 80 and the Enyaq iV 80x, which features two electric motors and is all-wheel drive. Both models are expected to arrive in the UK later this year. 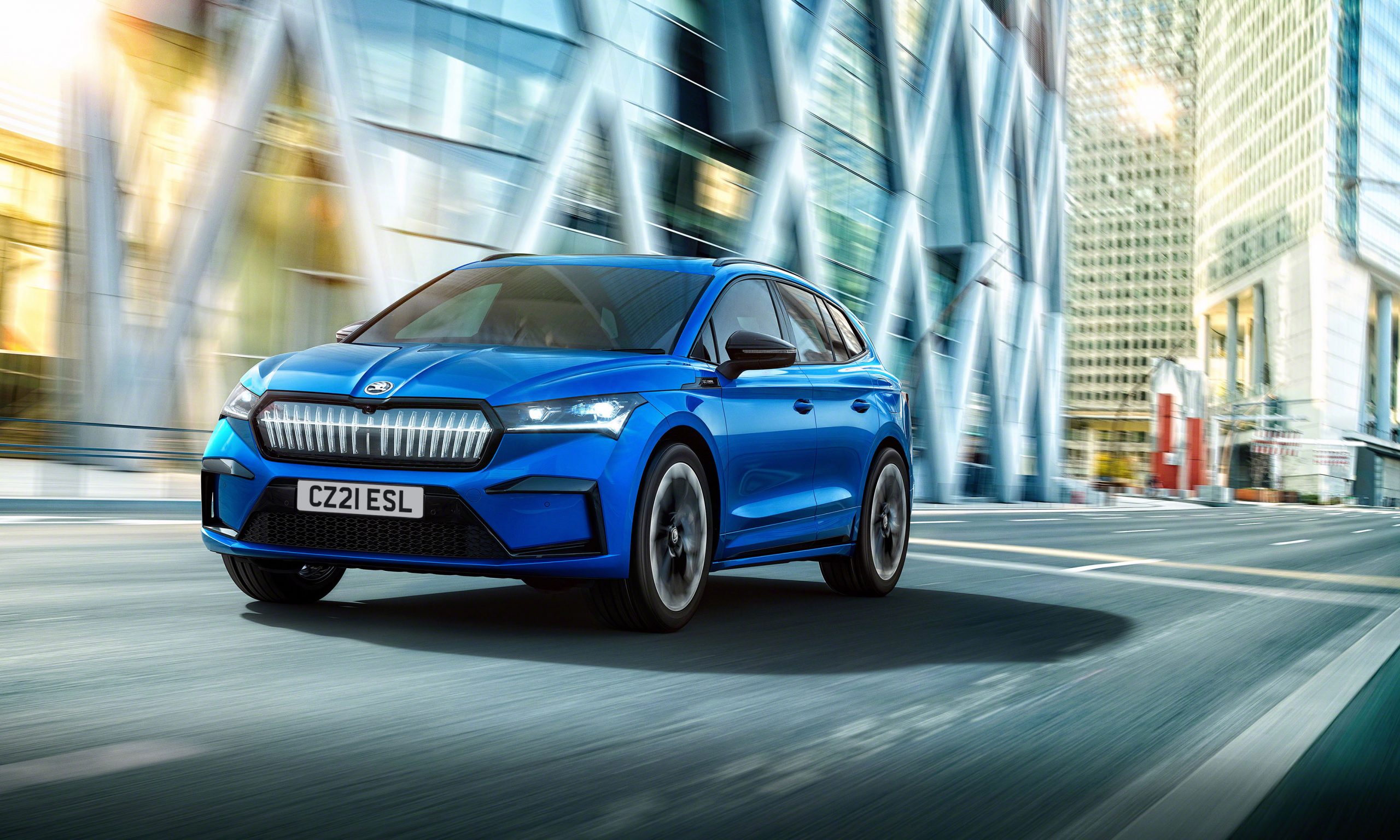 Meanwhile, Enyaq SportLine iV 80x has the same battery paired up with a second electric motor, generating a total power output of 195 kW and delivering a maximum torque of 425 Nm. This version has a maximum range of 311 miles (500 km). The top speed for both powertrains is 99 mph.

The SportLine iV variant will roll off the production line at Škoda’s main plant in Mladá Boleslav. It is the only model series in Europe based on Volkswagen Group’s MEB platform to be built outside Germany. The MEB platform is also the same one used by the VW ID.3 and soon the EV SUV ID.4.

The Enyaq SportLine iV comes with full LED Matrix headlights as standard. Each Matrix high‑beam module features 24 LEDs, which can be controlled individually and enable the driver to have the high beam on at all times without dazzling other road users. 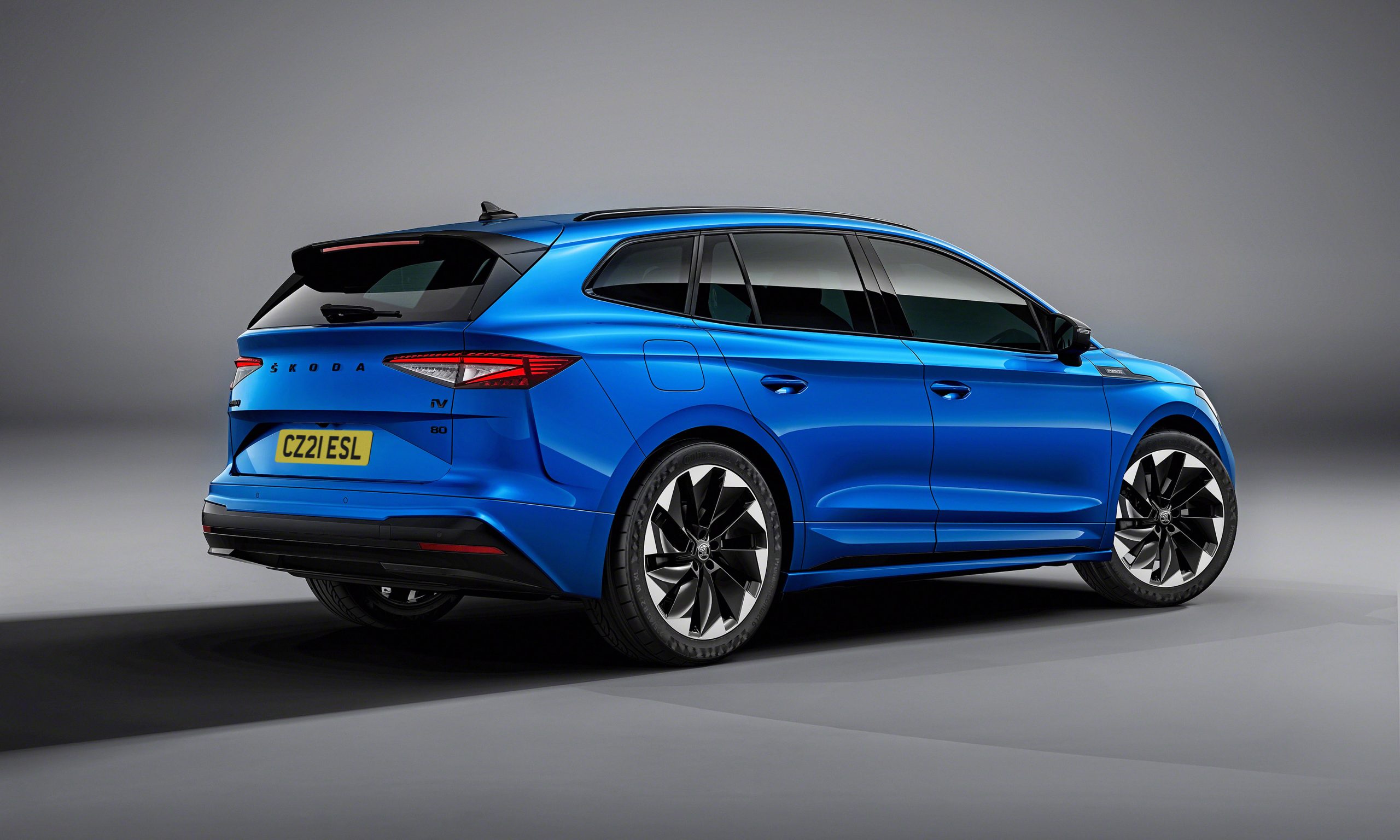 The interior designers have created a model-specific design selection for the Enyaq SportLine iV. The upholstery and the roof lining are predominantly black. The dashboard is in a black synthetic leather with grey contrasting stitching and features carbon-effect trims, which provide visual highlights and can also be found on the door panels. It also includes trim-exclusive black sports seats with integrated headrests.

The prices for these Sport versions have not been shared yet. We reported that the standard version of the Enyaq iV SUV, which is powered either by a 62 kWh or 82 kWh battery, has a starting price of £33,450 (excluding UK Plug-in Car Grant).