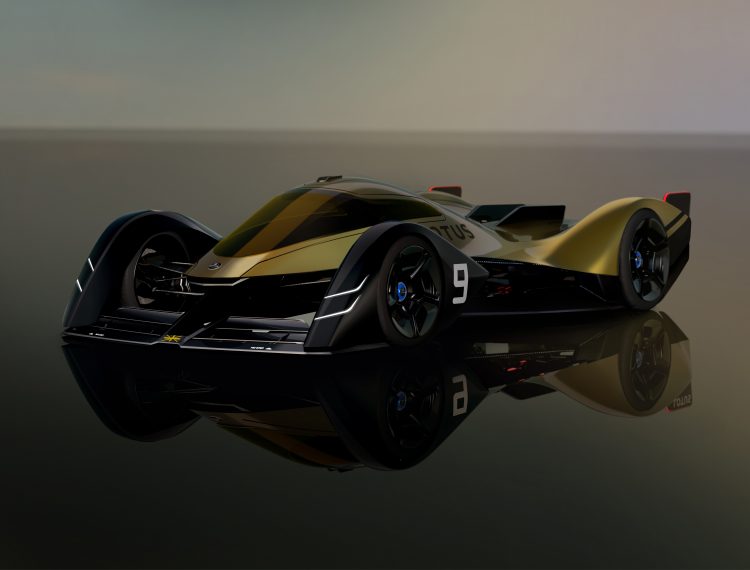 The E-R9 has been developed by Lotus Engineering and maybe it could be on the starting grid of circuits around the world for the 2030 season. 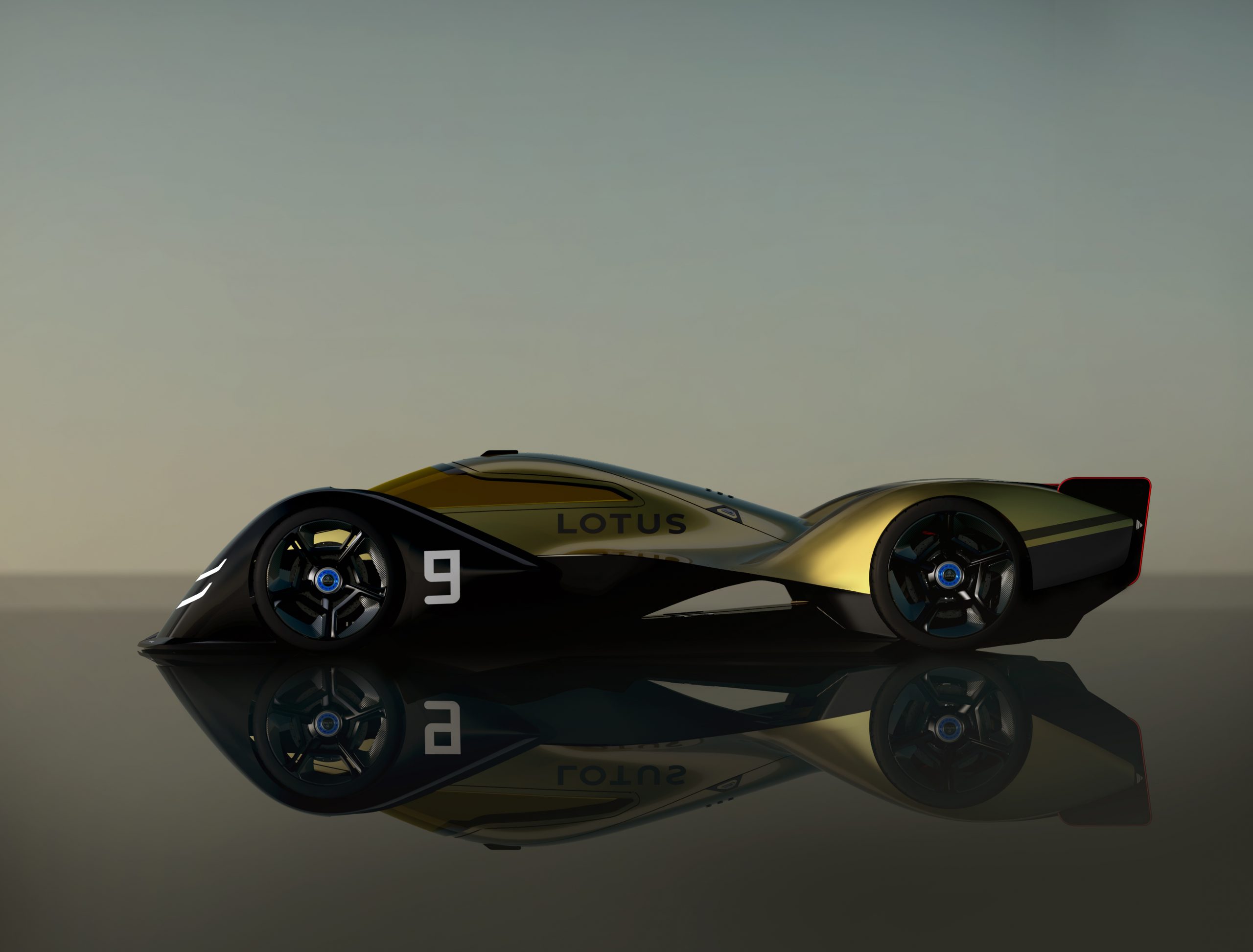 Of course, the colours of the cars are black and gold, in a nod to the legendary heritage of the Lotus Formula 1 team that won 13 World Championships.

The ‘morphing’ body panels can change their shape and attitude to the air flow either at the press of a button by the driver or automatically according to performance sensor inputs and would deliver minimum drag on the straights or maximum downforce in the corners. 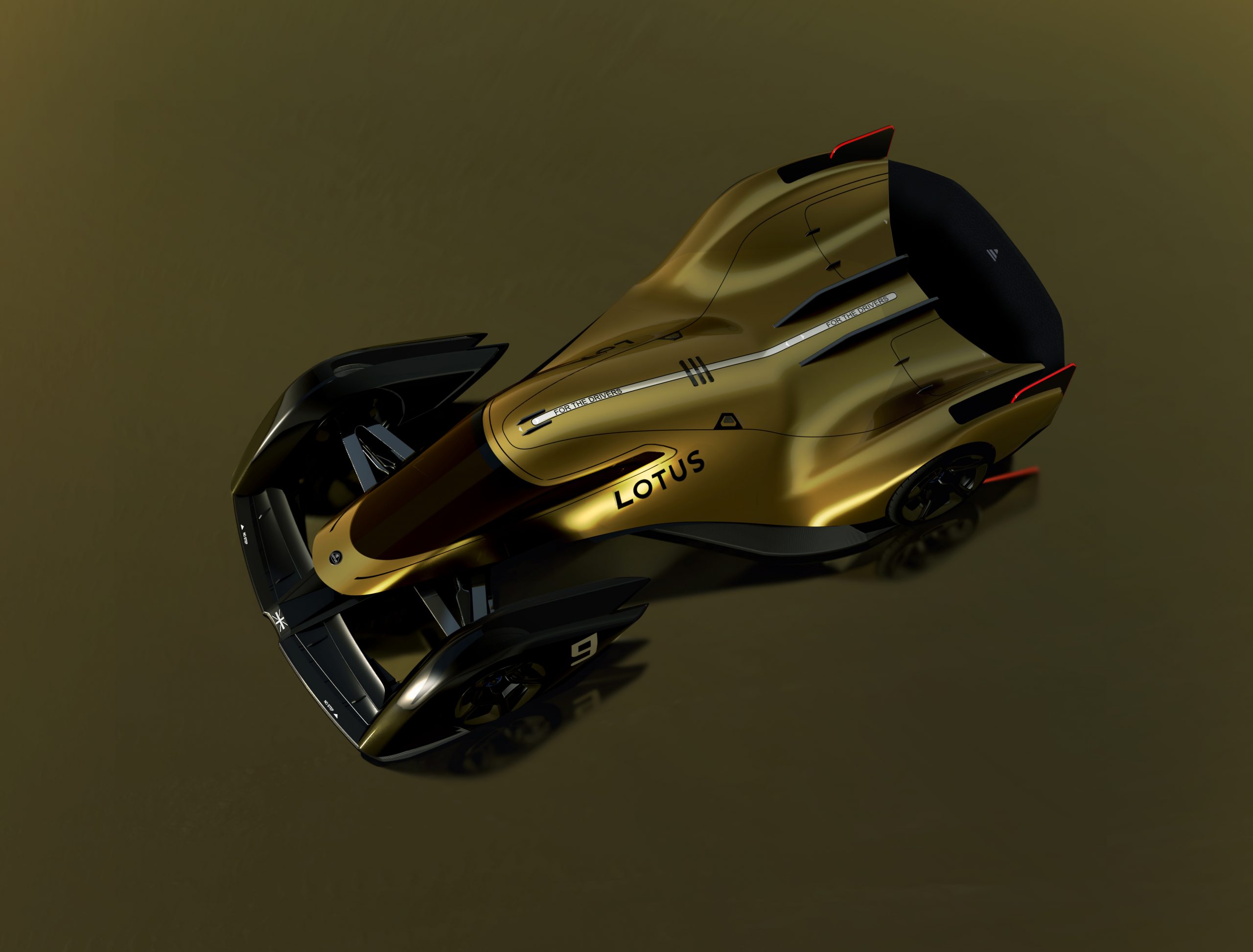 E-R stands for Endurance Racer, while 9 is the car’s competition number carefully chosen in tribute to Lotus’ racing past. It was in a Lotus Mark IX that the race team made its debut appearance at the Le Mans 24 Hours, with company founder Colin Chapman among the drivers competing.

The Lotus E-R9 features an advanced electric drivetrain powering each wheel independently, a system enhanced with torque-vectoring. It builds on technology already integrated on the Lotus Evija pure electric hypercar, though for the E-R9 this would be fully adjustable by the driver on the move. 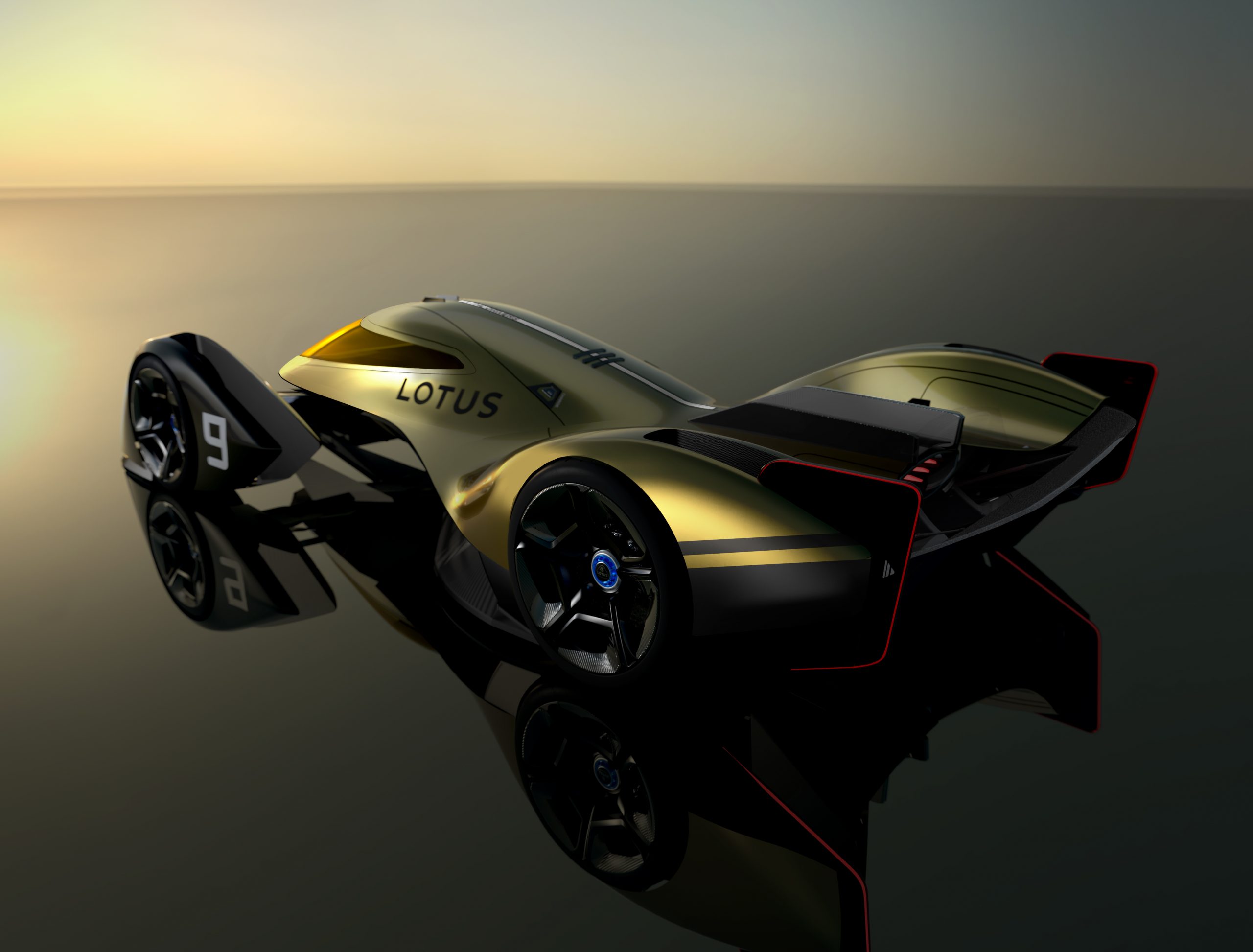 Lotus chief aerodynamicist Richard Hill has said that this car represents the future of the company.

“What we’ve tried to do is to push the boundaries of where we are technically today and extrapolate into the future,” he said. “The Lotus E-R9 incorporates technologies which we fully expect to develop and be practical.”

As we reported, this is just the latest example that shows of how Lotus is looking towards its future after announcing that it will become an all-electric brand.