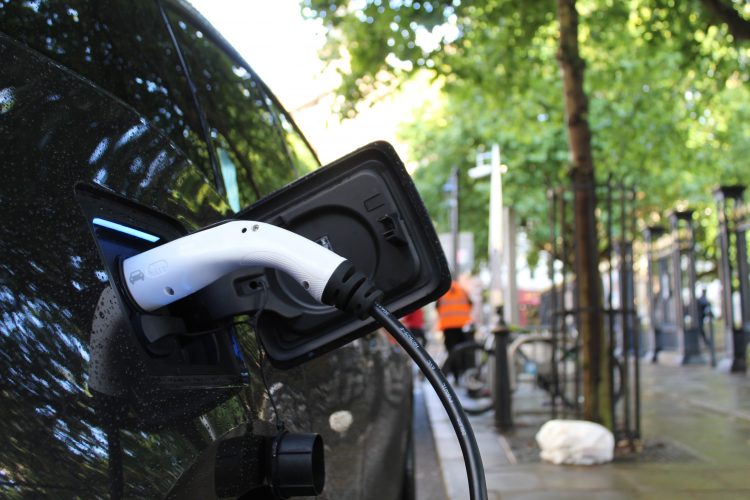 The electric vehicle market in the UK keeps soaring. The latest data from the Society of Motor Manufacturers and Traders (SMMT) shows that October has been another great month for greener options. 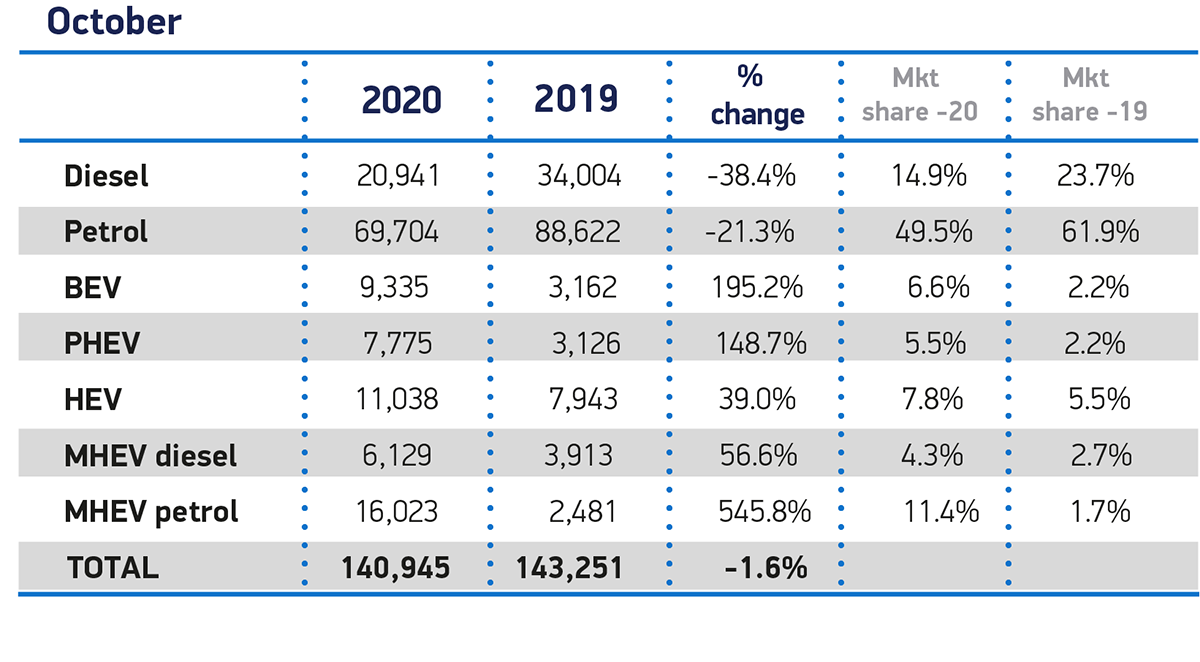 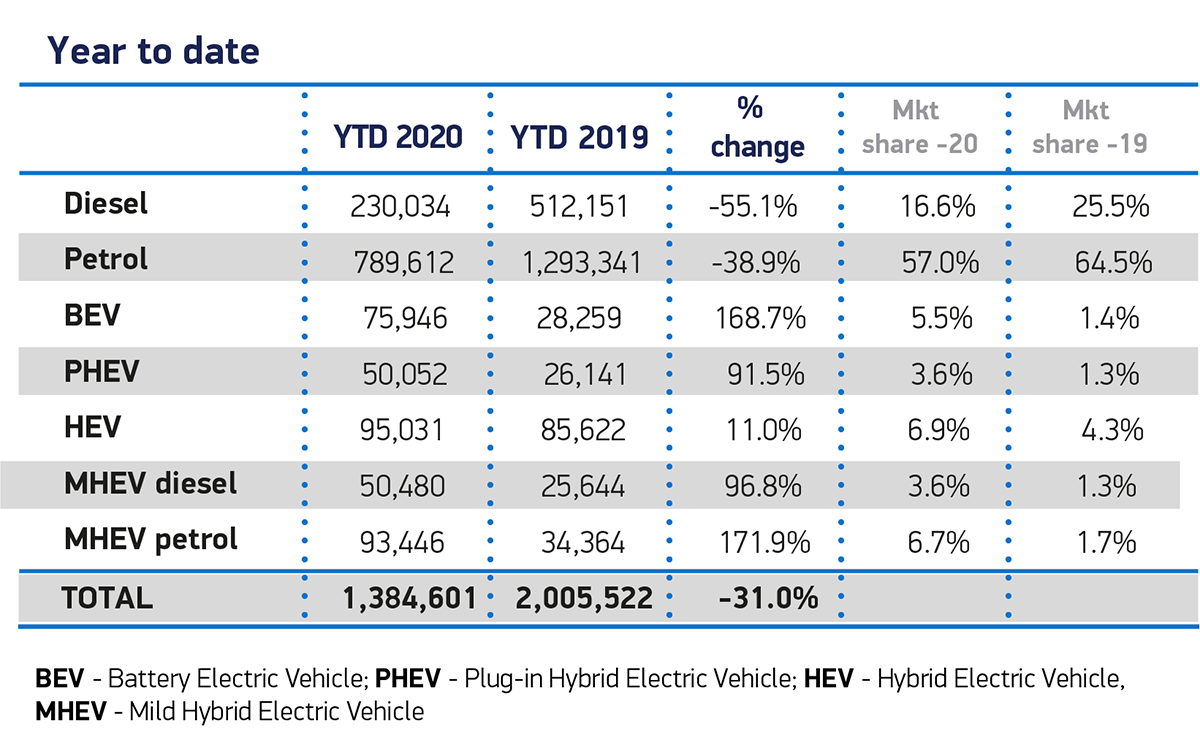 This year has been fundamental for the electric car revolution as all three categories of EVs have massively increased their market share. BEVs are now sitting at 5.5% of the overall market compared to a mere 1.4% last year. PHEVs rose from 1.3% to 3.6%. Also, HEVs have seen an improvement from last year as now they are 6.9% of the market, where before they were 4.3%. 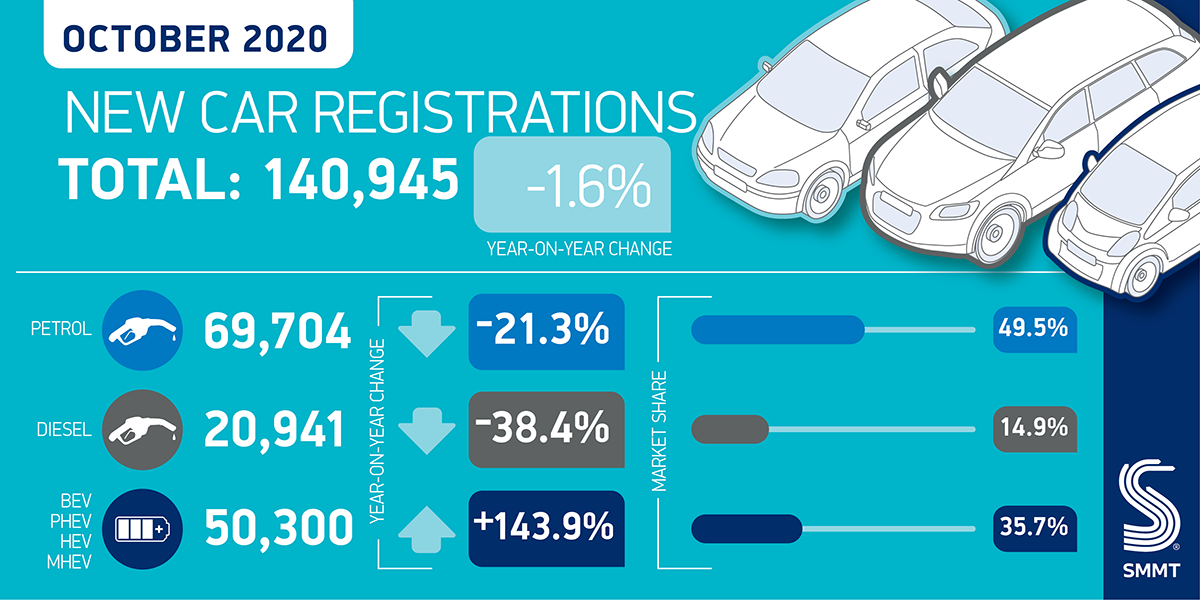 Overall, the UK new car market declined again in October, with registrations falling by 1.6% year on year, according to the latest figures. This is because internal combustion engines have been struggling as diesel vehicles have seen a 38.4% decrease compared to last October and petrol vehicles a 21.3 % fall.

As diesel and petrol have struggled all year long with a decline respectively of 55.1% and 38.9%, SMMT expects 2020 to be the weakest year for new registrations since 1982.

Although the electric vehicle market is currently thriving, no EV has made it into the top 10 of best sellers. However, we believe that the new Volkswagen ID.3 could surprise everyone and in the near future become a best seller.

The UK is not the only place where EV registrations have been skyrocketing. as We also reported that for the first time ever European registrations for electrified vehicles overtook diesel ones.

EV car park bookings with YouParkingSpace up 72% in 2020