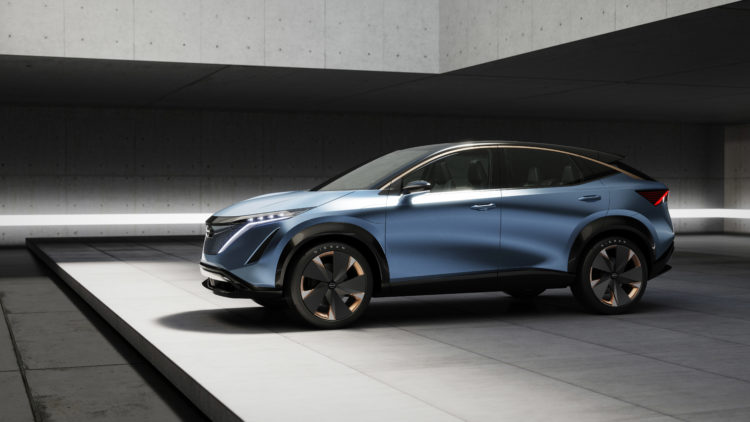 Nissan seems ready for another homerun in the electric vehicle category as the company just released a video teaser for the new EV crossover Ariya, and it looks stunning. The vehicle will be digitally unveiled to the world on July 15th. The Ariya was first previewed in 2017 and an updated variant was shown last year at the Tokyo Motor Show.

The teaser obviously did not reveal a lot of the car details. However, we do know that it will be offered in single and dual motor forms with an estimated 300 miles (483 kilometres) of range. Nissan will produce it at its Tochigi assembly plant that is being converted into an EV factory. According to Nissan, the Ariya will go from zero to 60 mph in less than 5.0 seconds, a feat that is similar to higher-end electric vehicles.

The Ariya will be landing in Europe and the US markets after it launches in Japan. That means it should arrive in Europe in the first half of 2021 with a starting price of around £40,000. This model is one of eight EVs that the automaker plans to launch over the next 18 months, and it will be equipped with Nissan’s suite of safety features and an autonomous driving system called Nissan’s ProPilot 2.0. 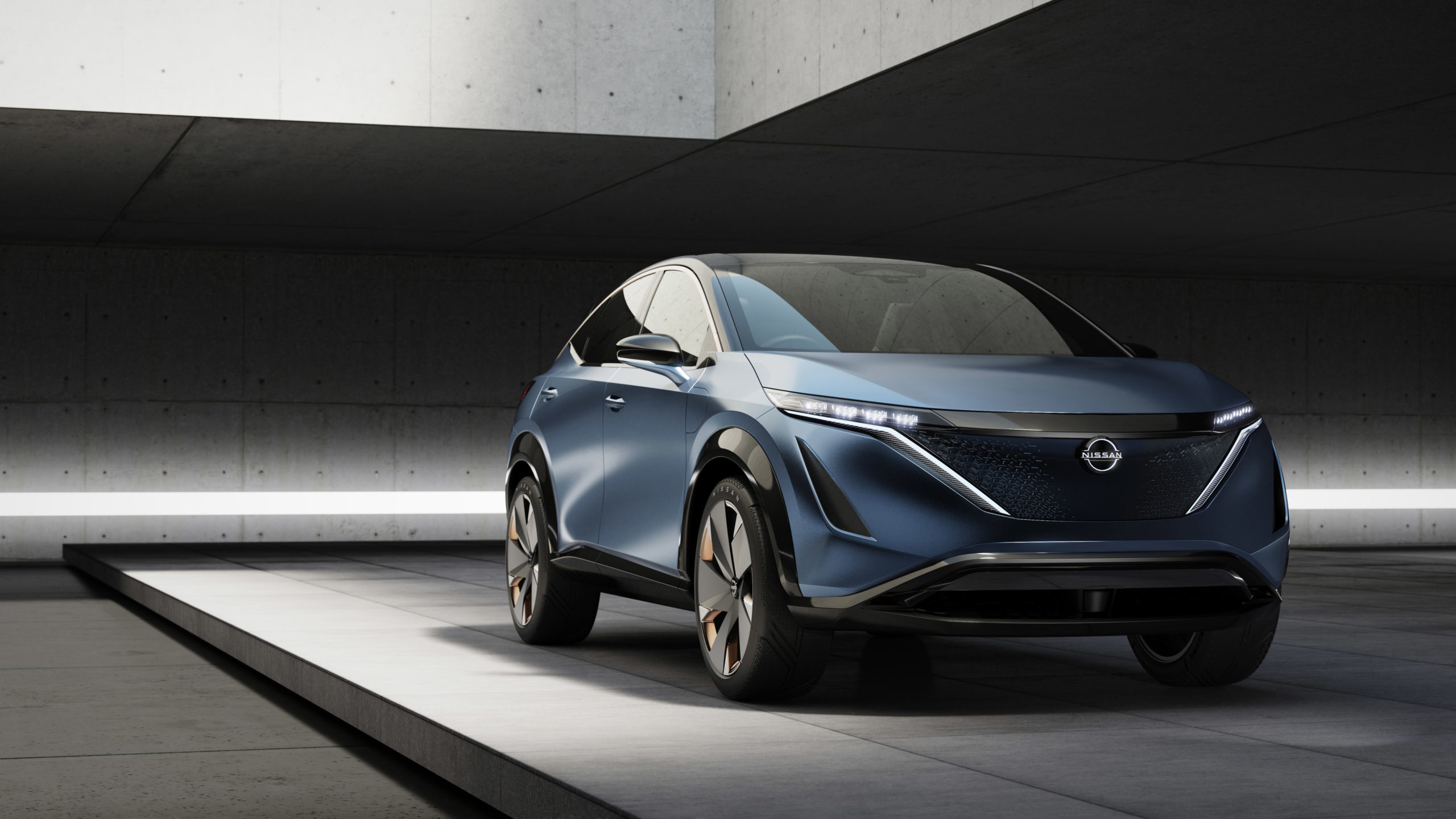 According to company officials, the Ariya is four inches shorter in length and height in comparison with the Rogue. If these specifics are confirmed, the Ariya will be in the same segment as the Volkswagen T-Roc and the Mazda CX-30.

The SUV will feature what Nissan calls Door-to-Door Navigation, which allows drivers to set a destination on their phone which then automatically transfers the directions to the Ariya's infotainment display. The vehicle can also sync with the schedule of the driver, so it can pre-heat or pre-cool the interior while it's parked and charging, and therefore not drawing on the power from the battery. Drivers will also be able to use their phone to park the Ariya automatically from a nearby location using ProPilot's Remote Park, a system very similar to the one that we have seen on Tesla, the Smart Summon feature. 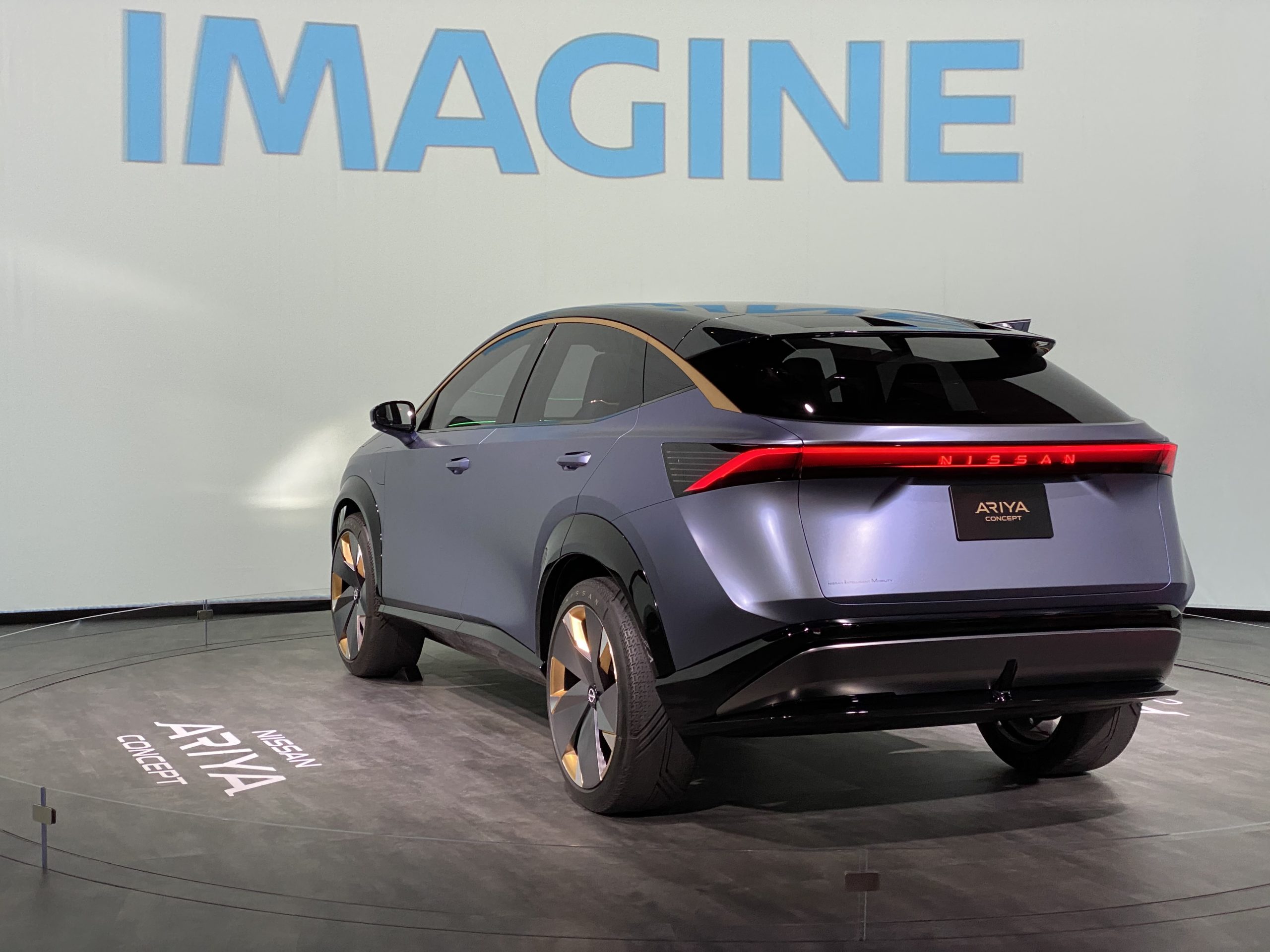 Nissan is in the business of creating EVs that are highly popular among consumers thanks to their range and technology. The company has sold a staggering 450,000 Nissan Leaf EVs worldwide since the first one in 2010. This model is expected to keep driving the brand forward in its all-electric future, according to Makoto Uchida, Nissan CEO.

“The highlight of the new Ariya is the fusion of electrification and advanced driver-assist technologies that is expected to develop into self-driving cars in the future,” he said. “We expect the all-new Ariya to play a key role as a brand driver and face of Nissan for the new era.”

At WhichEV, we hope that the Ariya will be very similar to the concept images that we have seen as it has a curvy and slick design that gives a unique and futuristic look to the car.