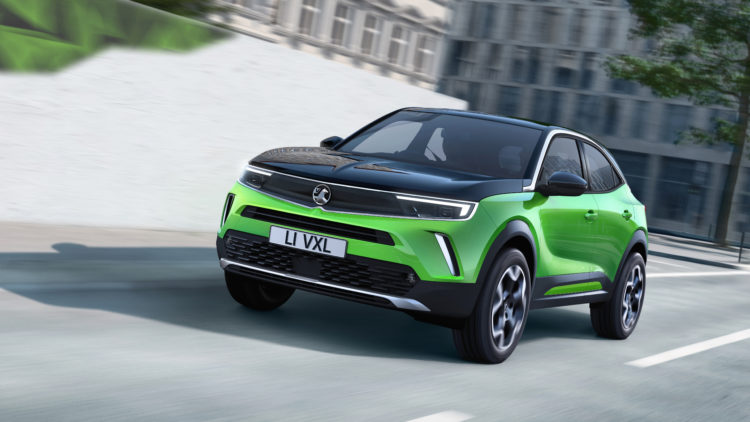 Vauxhall has revealed the second generation of its compact bestseller, a powerful, completely new and all-electric Mokka. This will be the first EV model for the English company. The SUV will have an electric motor that can deliver 100 kW (136 hp) and 260 Nm of maximum torque.  Drivers will be able to choose between three drive modes: Normal, Eco and Sport.

The top speed is electronically limited to 93mph to preserve the energy stored in the 50kWh battery. The car will have an impressive 100kW DC fast-charging system allowing charging 80% of the battery in a mere 30 minutes. The Mokka-e will have a range of up to 201 miles in the Normal mode, and with the Eco mode that range will increase, according to company officials.

This model is meant to bring one of the most iconic British companies into the future, according to Stephen Norman, managing director of Vauxhall Motors.

“New Mokka is the start of a new direction for the Vauxhall Brand. Fully electric from launch and packed with innovative technologies bringing the best of automotive mobility to all. Vauxhall may be Britain’s oldest car manufacturer but with New Mokka it is defining itself to lead in an exciting and innovative future,” he said.

The new Vauxhall Mokka is 12.5 cm shorter than the previous generation, however it still offers five passengers a similar loading space of up to 350 litres in its luggage compartment. Its total length of only 4.15 metres makes it very compact and easy to manoeuvre and park around the city.

The model will also include advanced systems such as Adaptive Cruise Control (ACC), with Stop and Go function, which will enable the driver to easily endure traffic jams: the electric Mokka-e can automatically adjust its speed to the one of the vehicle in front without requiring any operation on the brake or the accelerator. In addition, an Active Lane Positioning system automatically keeps the vehicle in the centre of a lane.

This model will be a new version of the company's highly efficient multi-energy platform e-CMP (Common Modular Platform). This lightweight and efficient modular system offers maximum flexibility in vehicle development. The engineering team has particularly worked on significant weight reduction, saving up to 120 kg from the previous generation, and at the same time enhancing the body strength, gaining up to 30% torsional stiffness for the electric version with its low-mounted, integrated battery structure.

Keen observers may spot some specification similarities between the Mokka-e and Citroen’s recently launched E-C4. That’s because they both use PSA Group’s e-CMP platform.

The company also made sure to improve the interiors of the car. On this model customers will see a horizontally stretched instrument panel that integrates two widescreen displays. However, to allow intuitive usage and the driver’s continuous focus on the road, Vauxhall designers kept control buttons for essential functions, avoiding hazardous exploration into sub-menus.

The Mokka is also the first model to show the new and unique branded front fascia: the Vauxhall Vizor. Extending across the entire front of the vehicle below the bonnet, the Vauxhall Vizor is an elegant module that horizontally frames brand features such as the latest-generation LED matrix headlights and the typical wing signature of the LED daytime running lights, proudly punctuated in its centre by the legendary Vauxhall Griffin. The design will be featured on all of the Vauxhall's models throughout the 2020s.