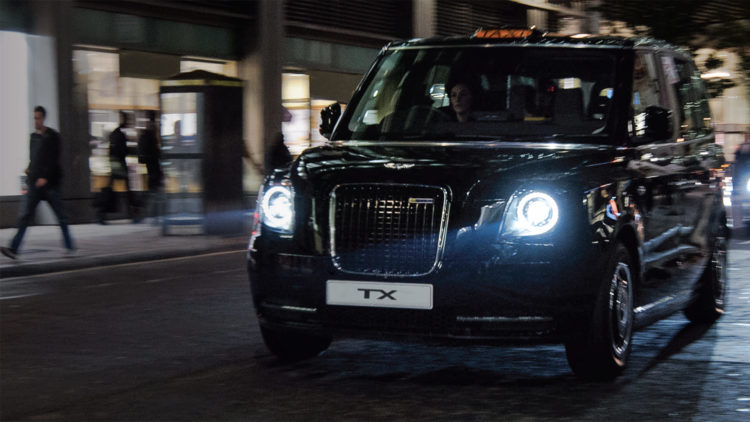 Electric taxi maker, the London Electric Vehicle Company (LEVC), has announced it is planning to hire at least 100 extra staff in preparation for the launch of a new electric van to continue the company’s growth. While many were dismissive of the potential of EV taxis, 2019 was an incredible year for LEVC with more than 2,500 units sold – including a number of record months for the company. WhichEV looks at the numbers that will attract more cab drivers over to electrification.

The LEVC TX electric black cab offers a range of around 80 miles on pure electric power. It’s a plug-in that can take a 22 kW AC or 50 kW DC input. The TX seats up to six passengers and has good wheelchair access, thanks to its large cabin. There's also a panoramic roof and charge points for passenger's smartphones and laptops.

For the cab drivers themselves, it can save them up to £110 a week on fuel, which can be used to offset the typical payment of £183 per week to own the taxi in the first place. It does also qualify for a number of grants to reduce the taxi cost even further. Worth bearing in mind all of the new restrictions that local authorities are bringing into play when it comes to fining polluting commercial vehicles.

These new electric cabs are affordable for even more drivers, through a unique financing system that has been put in place by LEVC alongside Europe's leading green energy supplier, Octopus. As well as being Europe's biggest investor in solar energy, Octopus has put a range of finance options in place – that include one that is compatible with the lending requirements of the Islamic Council of Europe.

In terms of environmental impact, since January 2018 the electric taxis that have been produced have prevented around 30,000 tonnes of CO2 from entering the atmosphere and, at the same time, saved 17.5 million litres of fuel.

LEVC now seeks to capitalise on its success, not just in the UK but also abroad – with more exports planned beyond the previously-announced deal with Japan.

These planned exports will see LEVC more than double its market presence and the company's aim is to be operating in 20 countries by the end of the year.

Details on the new van are still thin on the ground but, after it launches in September 2020, we're expecting it to use LEVC’s proven e-City range extender technology to give an extended range of close to 370 miles (600km).

The van will offer a ‘distribution to door’ (not just last mile) service, as it aims to be the link between out of town depots and city centres. LEVC expects the van to be considerably cheaper than its £59,000 TX taxi and for it to become the cornerstone of the company’s future success.

Joerg Hofmann, CEO of LEVC, said: “LEVC is at the forefront of reinventing mobility, by transforming from an iconic British taxi brand to a leading electric vehicle manufacturer.  We are at a pivotal time in LEVC’s history”.

He continued, “Our strategic direction is on track as we deliver consistent, planned growth and I’m delighted to be able to create new job opportunities this year to support the continuing success of our business”.

More than 100 new jobs will be created at its headquarters in Ansty, near Coventry, across a variety of positions – and there may be more to come. LEVC has always maintained that it will peak sometime around 2022, when its existing facilities are working close to full capacity, building up to 20,000 vehicles a year. It's also hoped that half of these vehicles will be for the booming export market.

Prototypes of the new vans are already being tested at the company's factory, undergoing a strict development programme including temperature and crash scenarios.

For humanity to have any chance of slowing/reversing the effects of climate change, surely public and shared transport must take the lead when it comes to reducing emissions.