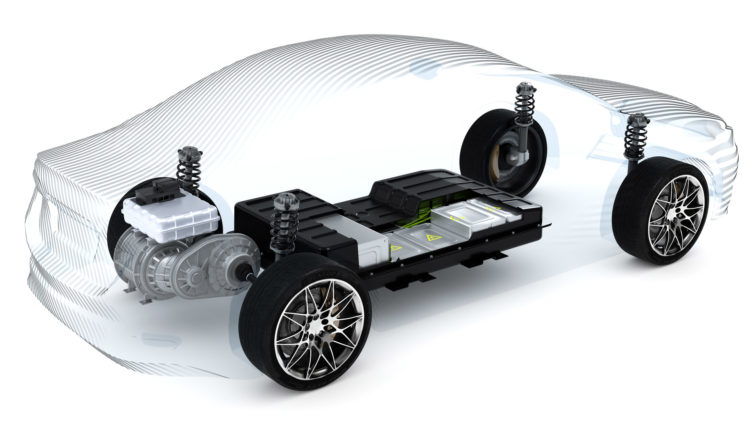 While consumers track pricing on complete cars and do comparison shopping based on the hour cost to charge an EV, the industry spends a lot of time looking at the price of battery packs. One of the biggest ticket items in the BOM (Bill of Materials), a fall in the price of energy storage has an immediate and positive effect on the price of cars overall. WhichEV has been reading through the latest reports from BloombergNEF (BNEF) to understand the latest trends.

BloombergNEF is a leading provider of primary research on clean energy, advanced transport and innovative materials as well as the associated commodities. They have analysed ever important market and published hundreds of reports over the years. The BNEF 2019 Battery Price Survey makes for interesting reading.

Batteries are priced on a dollar per kilowatt-hour basis (kWh). Go back to 2010 and a single kWh would set you back more than $1,100. Today, in real-terms, that price has fallen to just $156/kWh.

Part of that decrease will be due to improvements in manufacturing, but there has been a lot of R&D to improve the product itself at a fundamental level – including the increased use of high energy density cathodes. Even though three of the leading researchers into lithium ion battery technology managed to pick up a Nobel Prize for Chemistry in October, science never stops and the promise of a better, safer battery seems to be just around the corner – with promising results in organic polymers being reported by Chinese and American Scientists at the University of Maryland.

That said, the single biggest catalyst to the price drop has been volume. In 2010, you could hardly see electric vehicles on a chart of global car sales.

EV sales numbers are growing at a rapid rate and electric vehicle sales are likely to match the number of fossil fuel vehicles globally by 2040 – possibly earlier.

BNEF's reported price drop of 87% is huge, but is there more to follow?  BNEF believes that we will continue to see cost reductions. They predict that prices will fall below the $100/kWh milestone at some time in 2024. At that stage, global demand is predicted to have passed 2 billion kWh. Right now, the entire draw of planet Earth is around 20 trillion kWh a year. In other words, even with a substantial number of electric vehicles on the road, the actual power requirement isn't that significant.

James Frith, BNEF’s senior energy storage analyst and author of the report, said: “According to our forecasts, by 2030 the battery market will be worth $116 billion annually, and this doesn’t include investment in the supply chain. However, as cell and pack prices are falling, purchasers will get more value for their money than they do today”.

To put that into perspective, the 2020 market for batteries is anticipated to be just under $30 billion.

As organisations like the EU ramp up emissions levels (and associated penalties for non-compliance) for diesel powered commercial vehicles, we are likely to see a significant increase in the number of electric vehicles on the road by the start of 2021. All of this will increase demand, which will further drive down the price.

Logan Goldie-Scot, head of energy storage at BNEF, said: “Factory costs are falling thanks to improvements in manufacturing equipment and increased energy density at the cathode and cell level. The expansion of existing facilities also offers companies a lower-cost route to expand capacity”.

In most markets, there are massive cost at the beginning, followed by large scale price drops as a technology becomes mainstream, but – at some stage – you hit a baseline, below which it is difficult to drive prices down any further as the raw material costs and manufacturing process have been slimmed down as far as they will go.

BNEF is predicting that battery prices can go as low as $61/kWh by the end of 2030. That's another whopping 60% decrease, which will be good news for consumer and commercial users alike.

You can read more about the BNEF report over here.