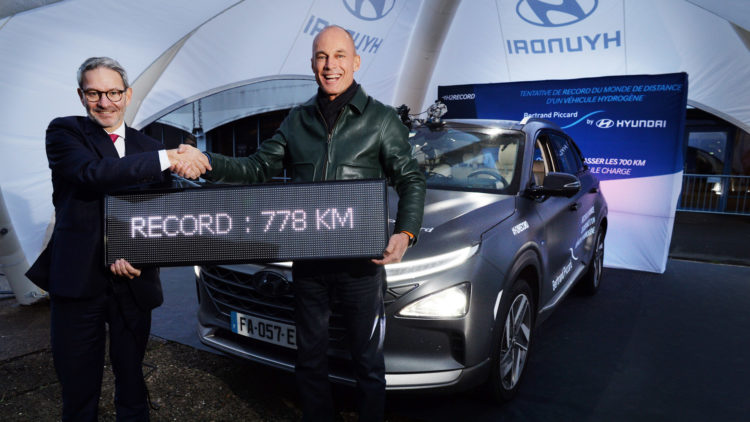 Bertrand Piccard, the 61-year-old Swiss psychiatrist and balloonist, has set the new world record for the longest distance travelled in a hydrogen-powered vehicle on a single tank. The man that was the first to complete a non-stop balloon flight around the globe used the Hyundai Nexo Hydrogen Fuel Cell SUV to drive 778 km (483 miles) across France.

Setting new records and achieving new feats in environmentally-focused products aren't a novelty to Piccard. With Swiss entrepreneur and pilot André Borschberg, the two men are the initiators and chainmen of Solar Impulse, a company that managed the first round-the-world solar-powered flight – now set up as a foundation, it's selecting 1,000 profitable solutions to environmental issues. Who said chivalry was dead?

Bertrand Piccard set off on his record-breaking drive from the FaHyence hydrogen station in Sarreguemines near the French-German border on 25 November, and took a non-direct route to the Musée de l'Air et de l'Espace in Le Bourget near Paris – the direct route is some 413 km (256 miles) distance. 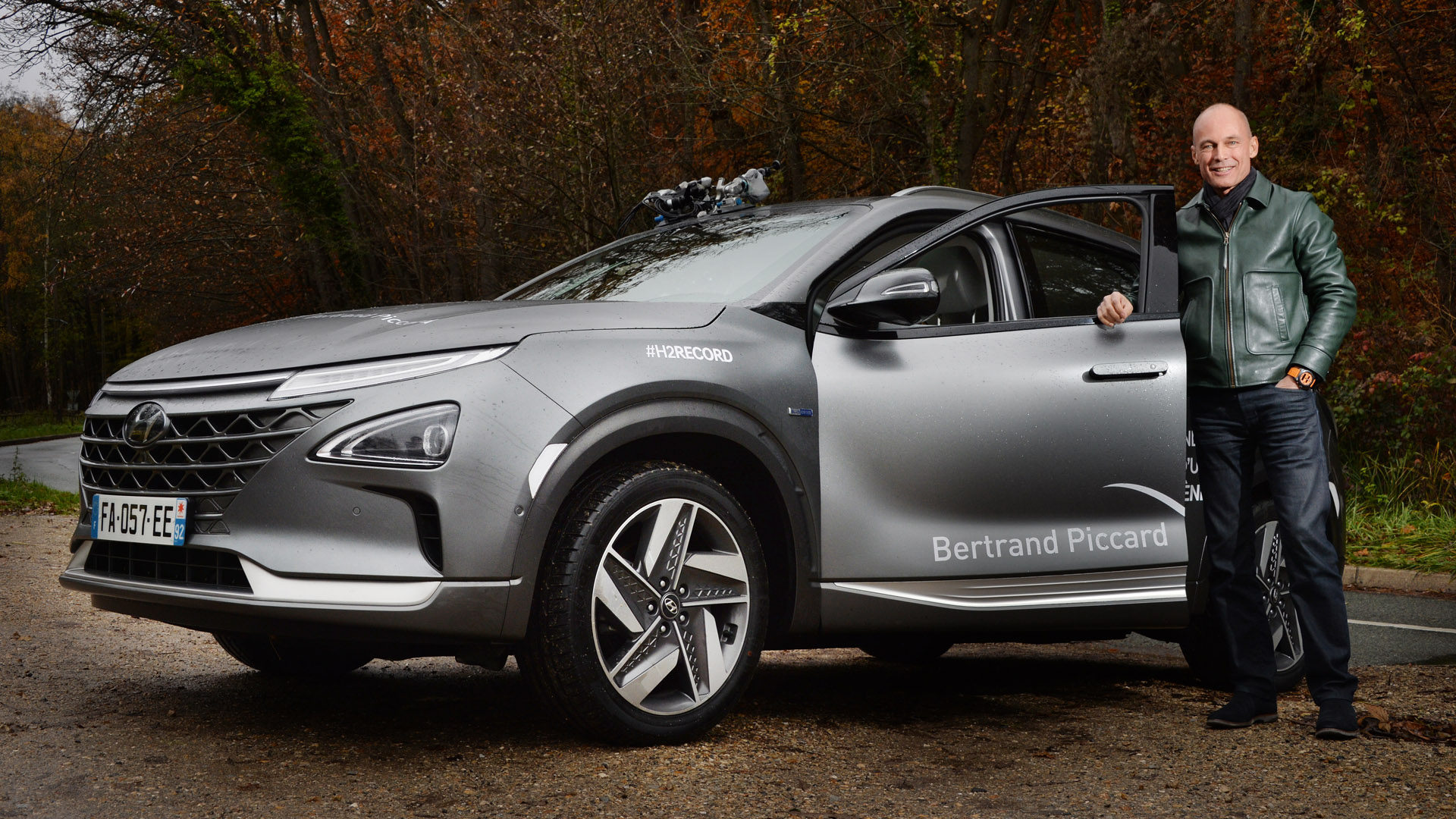 Along the way, the famous balloonist picked up a few notable passengers:

The Hyundai Nexo is only a five-seater, so his illustrious entourage would have had to get off at some point during the 778 km trip. The astonishing fact is that the vehicle still had 49 km (30 miles) left in the tank – that'd taken the vehicle's trip to around 827 km (513 miles) on a single tank. Incredible.

Bertrand Piccard said: “With this adventure, we have proven that with clean technologies, we no longer need revolutionary experimental prototypes to break records. Everyone can now do it with standard zero-emission vehicles. A new era in performance is beginning, for the benefit of environmental protection”.

Hyundai, the South Korean automaker, wanted to use this to promote hydrogen technology as a solution for long-distance travelling. It's a known fact that consumers associate EVs with short battery lives, in-turn, being put off a zero tailpipe-emitting vehicle due to range anxiety. Hyundai has been trying to push hydrogen fuel cell vehicle for quite some time now, but the market seems to have shifted away from the technology and settled on battery cell technology, instead. 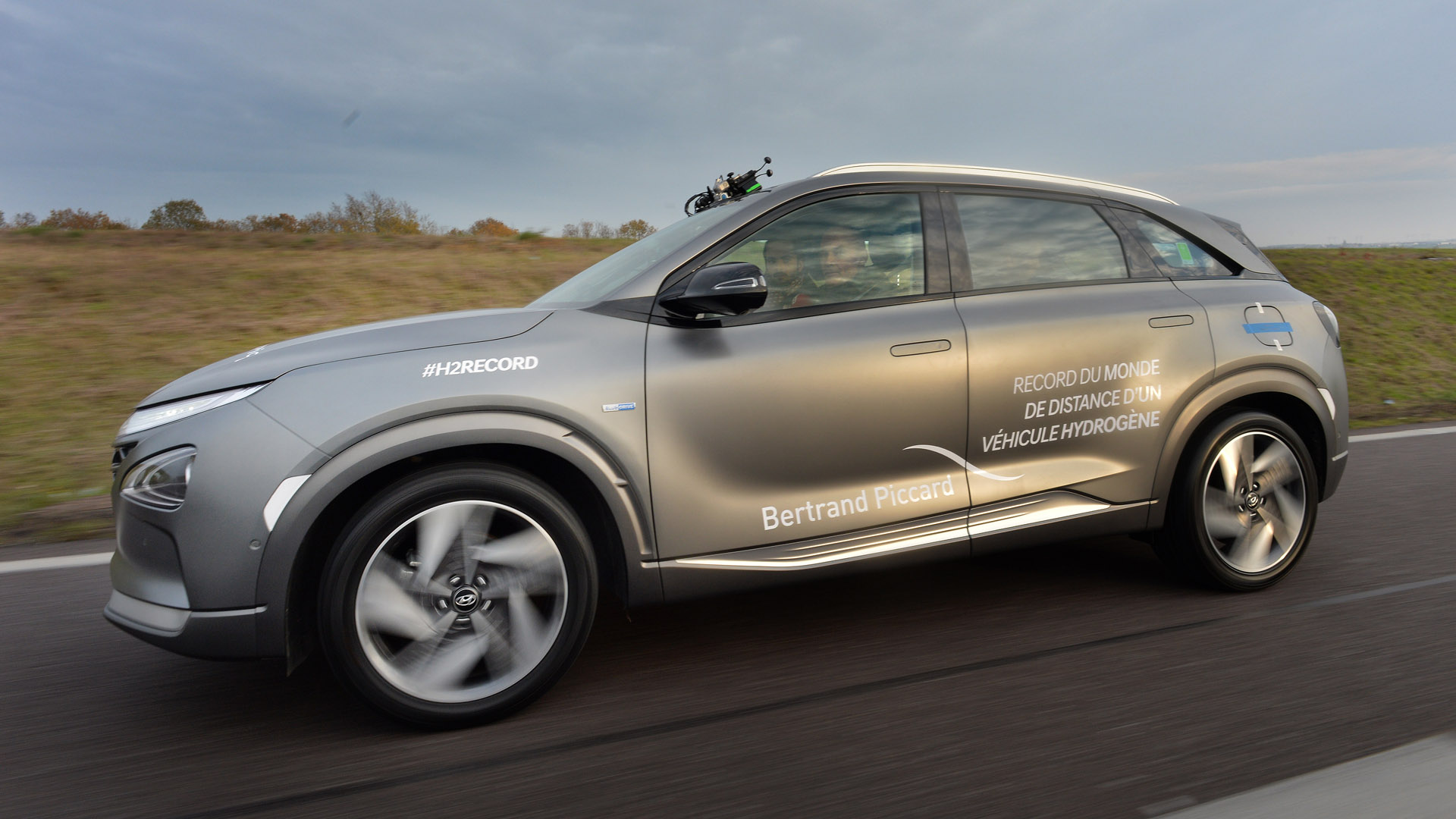 There are pros and cons to both sides; from the environmental impact, energy source to the sustainability of both technologies. At WhichEV, we'd like both to see both succeed, but ultimately one will have to come out on top. We suspect that most consumers and manufacturers will shift their focus to battery cell-operated vehicles, while commercial companies and vehicles will side with the hydrogen alternative.

Regardless of which technology the industry chooses, the fact a mass-produced (green) vehicle can travel such a distance is truly remarkable. Put into context, the amount of CO2 emission that would have been produced over the same 778 km drive would have been close to 111.2kg of pollution. Let's keep it up!