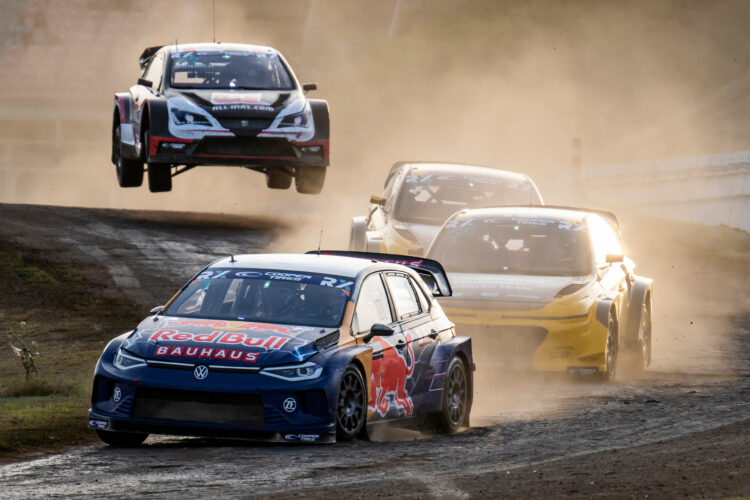 Johan Kristoffersson has become the first World Champion in the electric era of World RX after taking his 34th career victory at the Circuit de Barcelona-Catalunya.

The elder Hansen brother completed an excellent weekend’s work with second place, admitting that his countryman was ‘untouchable’ today but nevertheless leaving the Circuit de Barcelona-Catalunya as the event’s highest scorer. 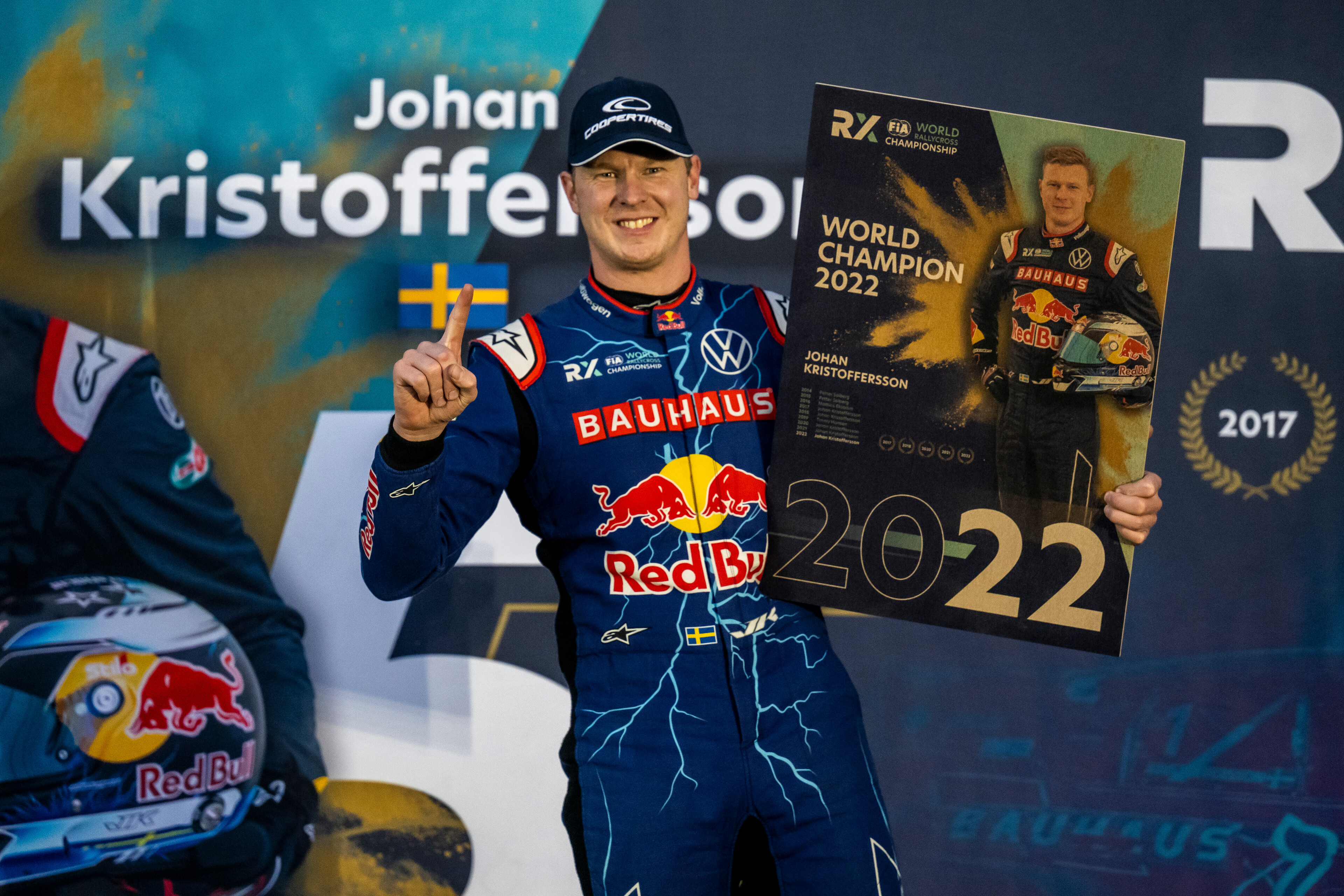 “I’m very proud,” reflected an emotional Kristoffersson. “We started out from scratch with this car. It’s our baby, and so many people have put their whole lives into the project. This is such a team effort, and it’s been a real pleasure to have been a part of that journey.”

Ole Christian Veiby finished third narrowly ahead of Klara Andersson who showed strong speed as she kept pace with her illustrious and more experienced adversaries.

Niclas Grönholm wound up fifth in the sister Construction Equipment Dealer Team car – the Finn hobbled by power steering issues in both the semi-final and final – while Kevin Hansen found himself on the back foot following a contact-induced spin at the start of the first progression race. The Swede proceeded to make a storming start from the outside of the grid in his semi-final, only to get rotated sideways in a haze of tyre smoke – ultimately putting paid to his hopes of reaching the final.

Round 10 of the World RX on Saturday saw Timmy Hansen secure his first win of the 2022 FIA World Rallycross Championship campaign with a commanding performance.

After getting the undercut on Kristoffersson out of the first corner, Hansen launched a counter-attack and the pair ran side-by-side the length of the back straight before coming together at Turn Nine, with Hansen striking the tires and his fellow Swede being tipped into a half-spin. 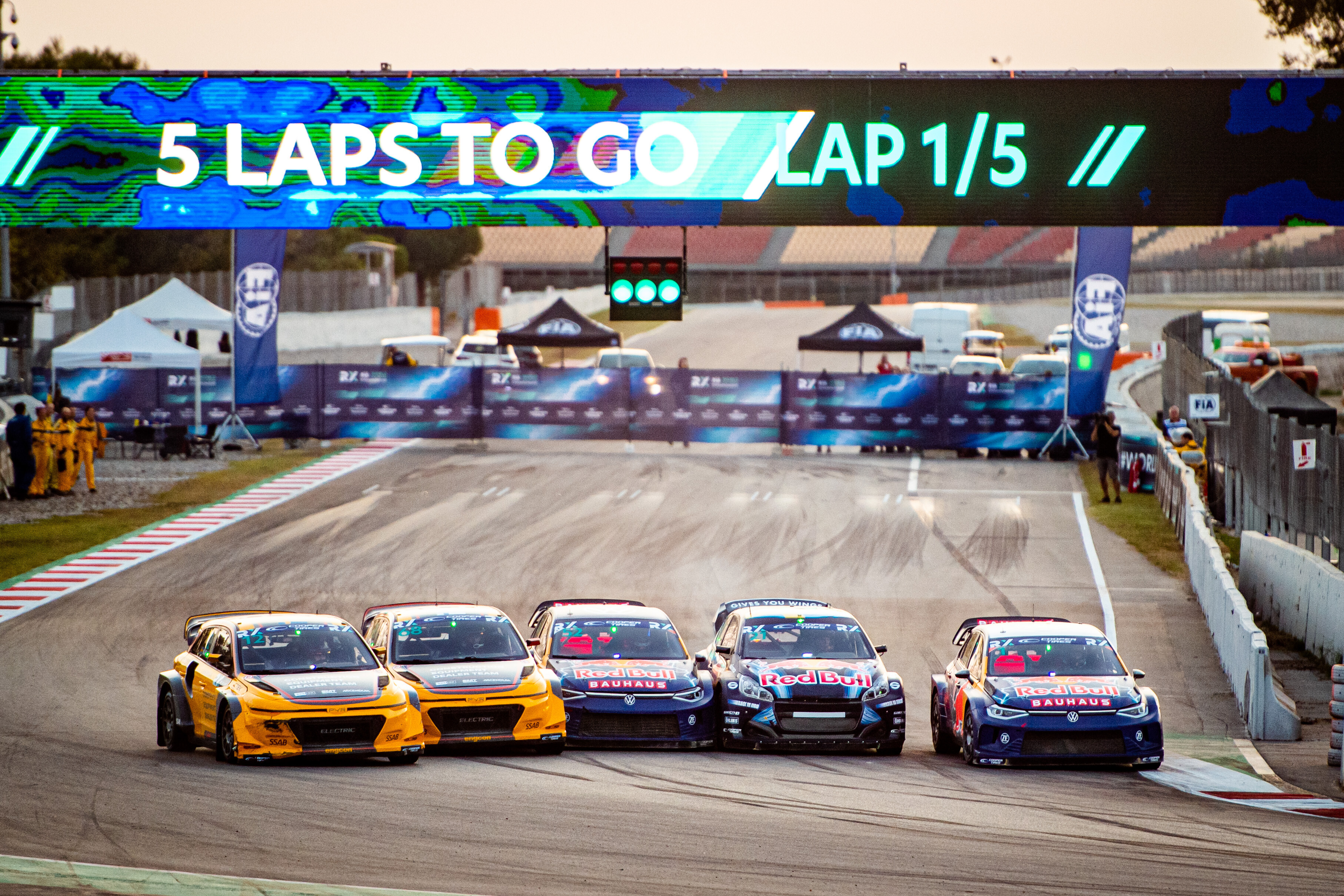 The 2019 world champion followed team-mate, Kevin Hansen, into turn 1, overtaking him at the exit. The elder Hansen brother then hunted Grönholm down, snatching the lead on the last lap to belatedly open his winning account for the year in emphatic fashion and climb to second in the standings.

“Coming here, I wanted nothing more than to win, and it feels fantastic to finally do it,” said Timmy Hansen. “I’m so happy, and so thankful to all the guys inside the team. We’ve been working on this car and this electric project for so long and focussing super hard on bringing updates to close the gap.”

Grönholm battled back from a last-corner error that cost him victory in his progression race to secure a third podium finish of the campaign for the Construction Equipment Dealer Team, with impressive rookie Gustav Bergström rounding out the rostrum for the third time in swift succession.

On her first appearance at the Circuit de Barcelona-Catalunya, Klara Andersson showed strong pace for CE Dealer Team in relation to her illustrious adversaries, with René Münnich bringing up the order in eighth.

The 2022 World RX campaign will conclude in a fortnight’s time at Germany’s Nürburgring (12-13 November).