July has been another fantastic month for greener options as battery electric vehicles and hybrid cars have proven to be highly popular.

According to the Society of Motor Manufacturers and Traders, last month battery electric vehicle registrations increased by a solid 36.5%, bringing the overall market share to 9.0% compared to a mere 4.7% in July 2020. 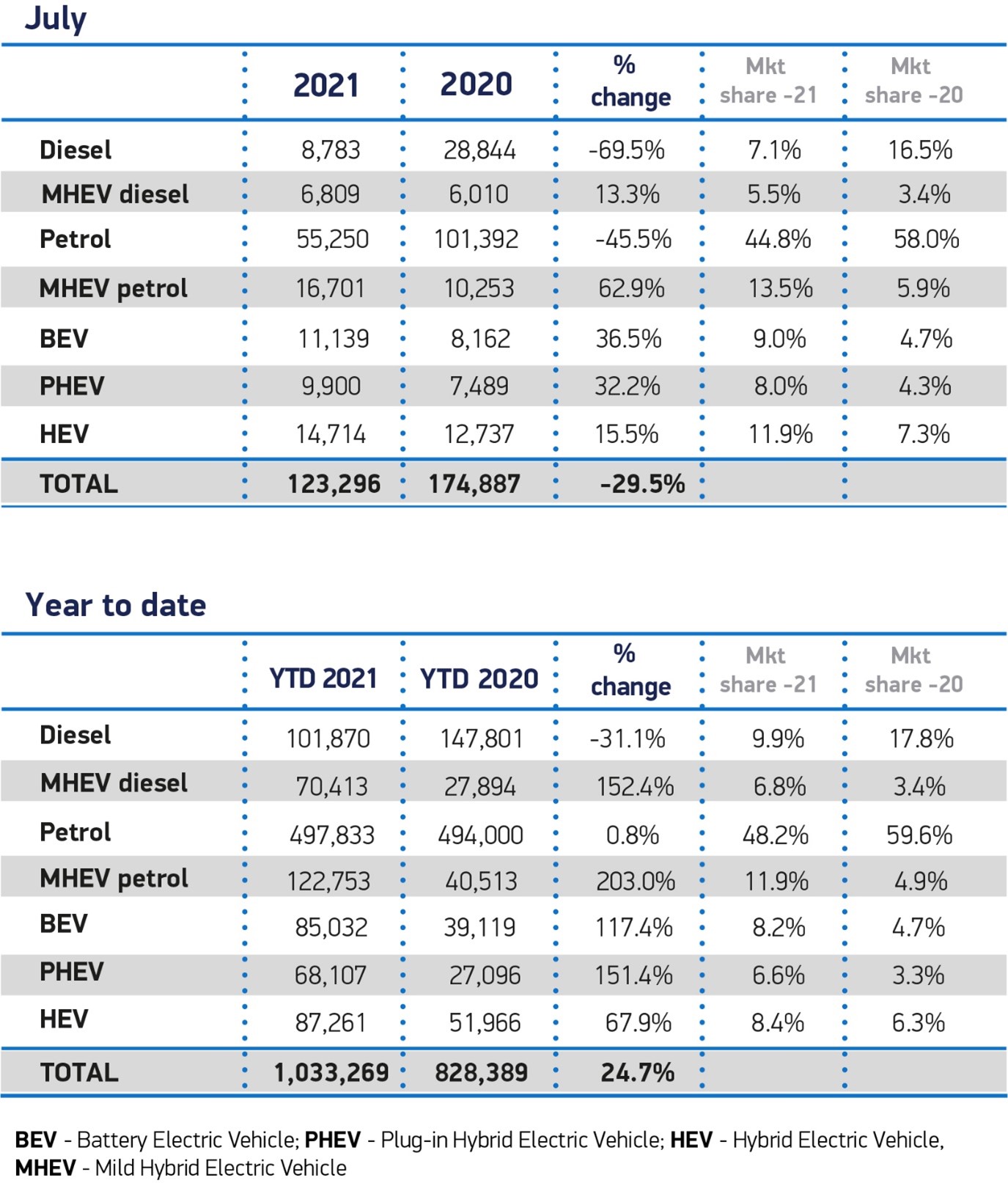 Plug-in Hybrid cars have also had a positive month as new registrations improved by 32.5% compared to last year, raising the market share from 4.3% to 8.0% this year. Non-plug-in Hybrids have also proved to be highly popular as they registered 15.5% more vehicles this July bringing the overall market share to an important 11.9%.

However, both Petrol and Diesel cars have seen their market share decrease following a tough month. Diesel has seen a negative trend with -69.5%, which has reduced its overall market share from 16.5% last year to a mere 7.1% in 2021.

Petrol has also seen a drastic -45.5% reduction of new registrations and its market share is now 44.8%, which is a massive drop from last year’s 58.0%.

Overall, however, the July performance was down -22.3% on the average recorded over the past decade. As a result, this was the weakest July for new car registrations since 1998, prior to the introduction of the two-plate system.

The latest SMMT yearly outlook has been revised downward and now forecasts registrations to reach around 1.82 million units in 2021. This is still some 11.7% up on 2020, but down around -21.8% on the average new car market recorded over the past decade 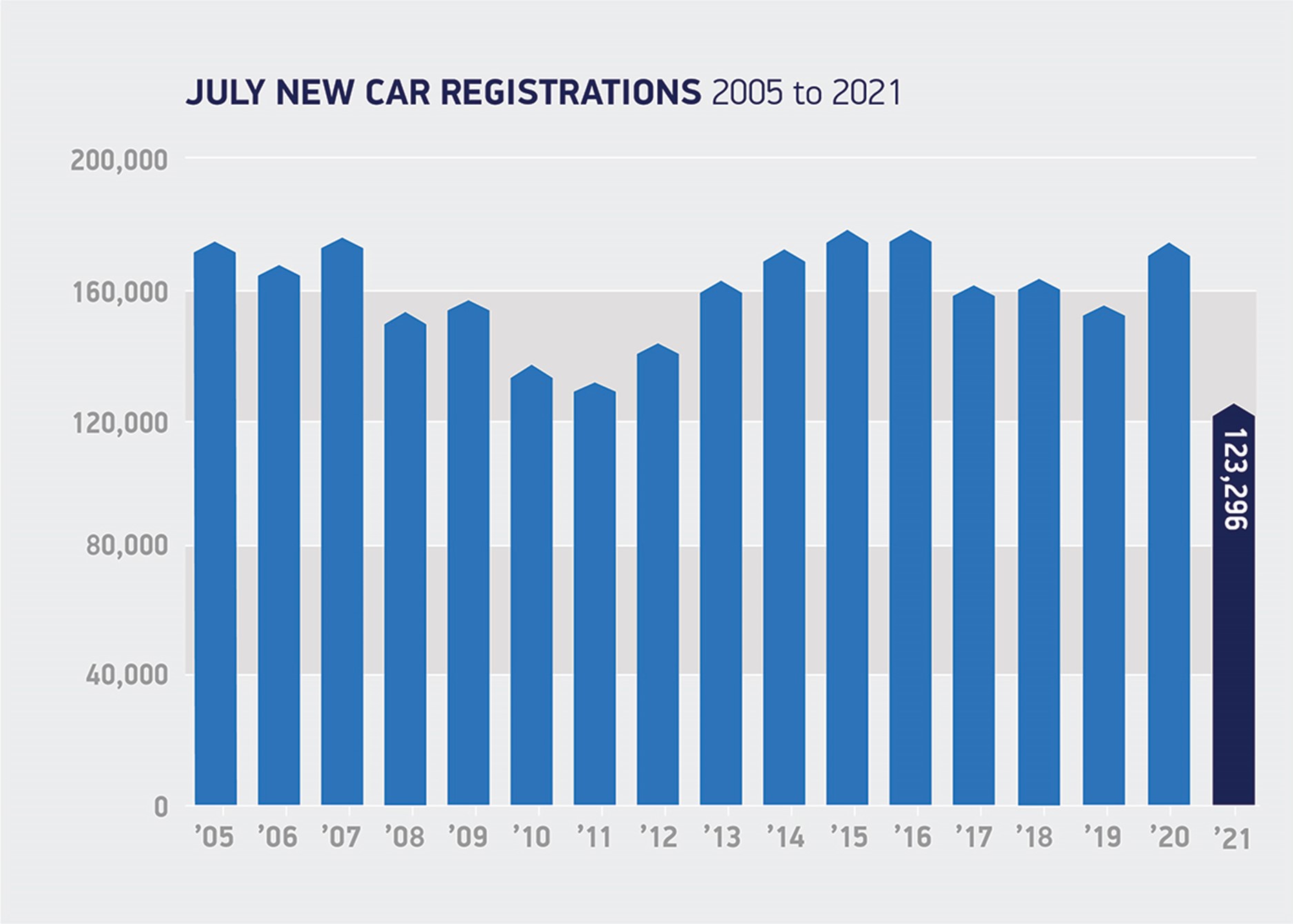 Although the market is expected to struggle all year long, electric vehicle registrations are keeping up the pace and showing no sign of slowing down, according to Mike Hawes, SMMT Chief Executive.

“We have downgraded the market outlook slightly for 2021,” he said. “The bright spot, however, remains the increasing demand for electrified vehicles as consumers respond in ever greater numbers to these new technologies, driven by increased product choice, fiscal and financial incentives and an enjoyable driving experience.”