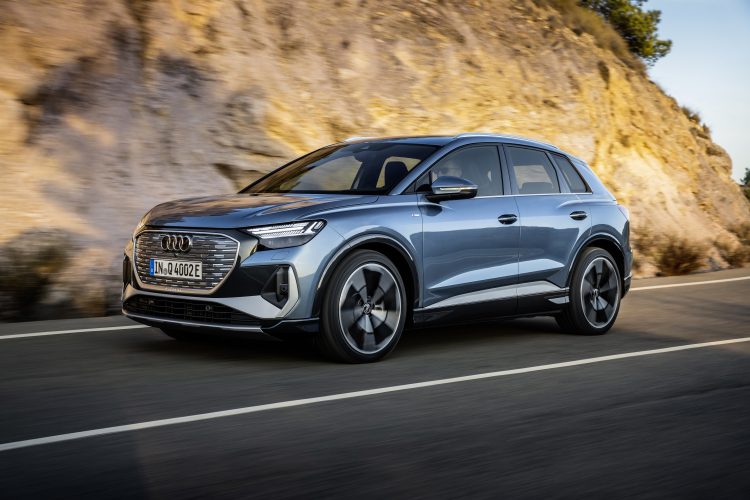 Could the drivetrain in the dual-motor Audi Q4 e-tron make its way to the ID.4 GTX?

Audi has unveiled the new members of its all-electric e-tron family, the Q4 and the Q4 Sportback.

The Q4 will be built on the MEB BEV platform from Volkswagen, which is also used on the ID.4 and ID.3, as well as the forthcoming Skoda Enyaq iV. 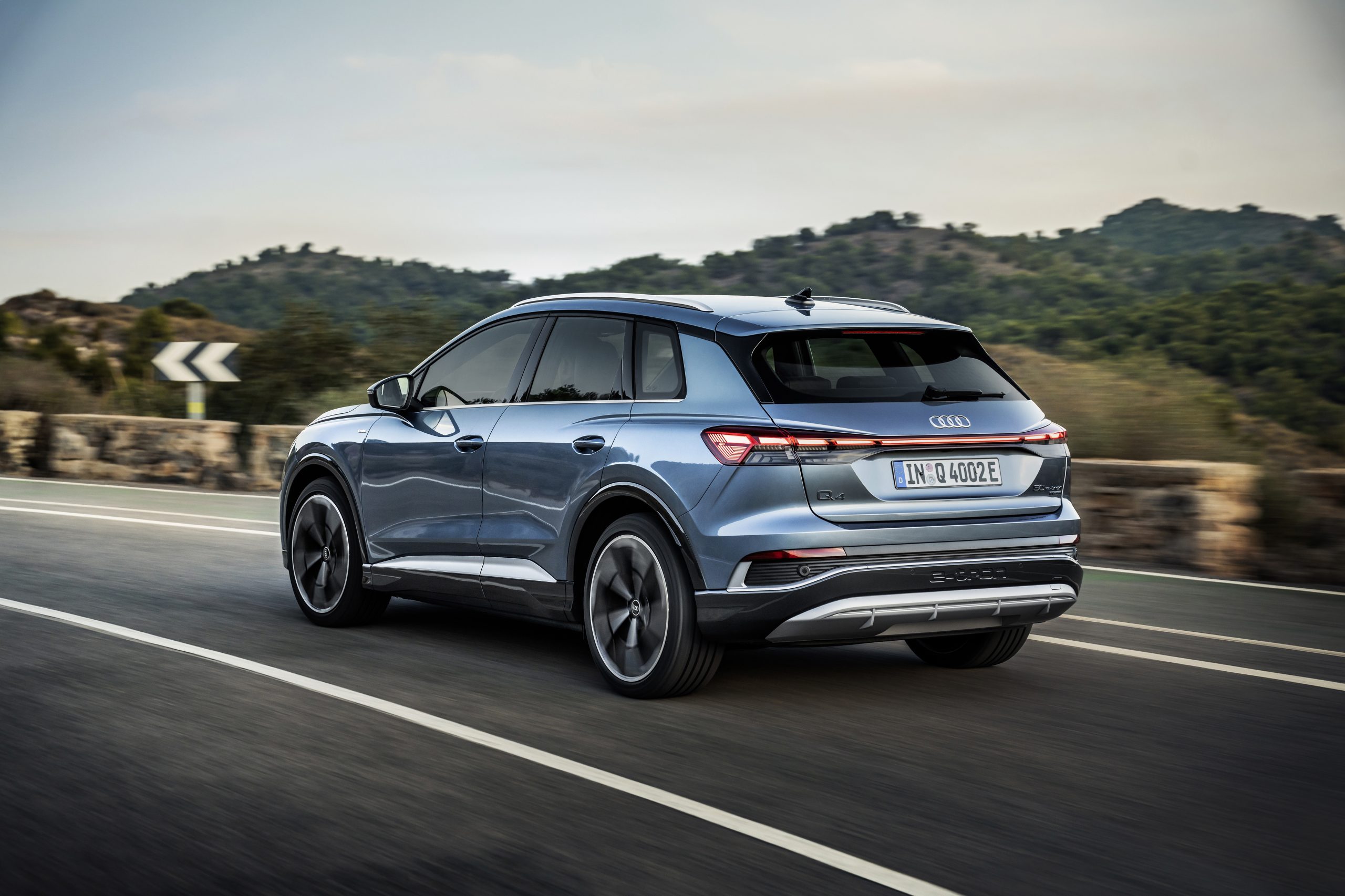 There are numerous versions available from launch, the least powerful and obviously more affordable of which is the Q4 35 e-tron. The Q4 35 and the Q4 Sportback 35 use the compact battery with its net energy content of 52 kWh and combine this with an electric motor offering an output of 125 kW (170 PS) and torque of 310 Nm.

In both body variants, this is sufficient for 9.0-second 0-62mph acceleration, a governed 99mph top speed and a WLTP-certified range of up to 208 miles on a full charge in the SUV. The Q4 e-tron starts from £40,750. 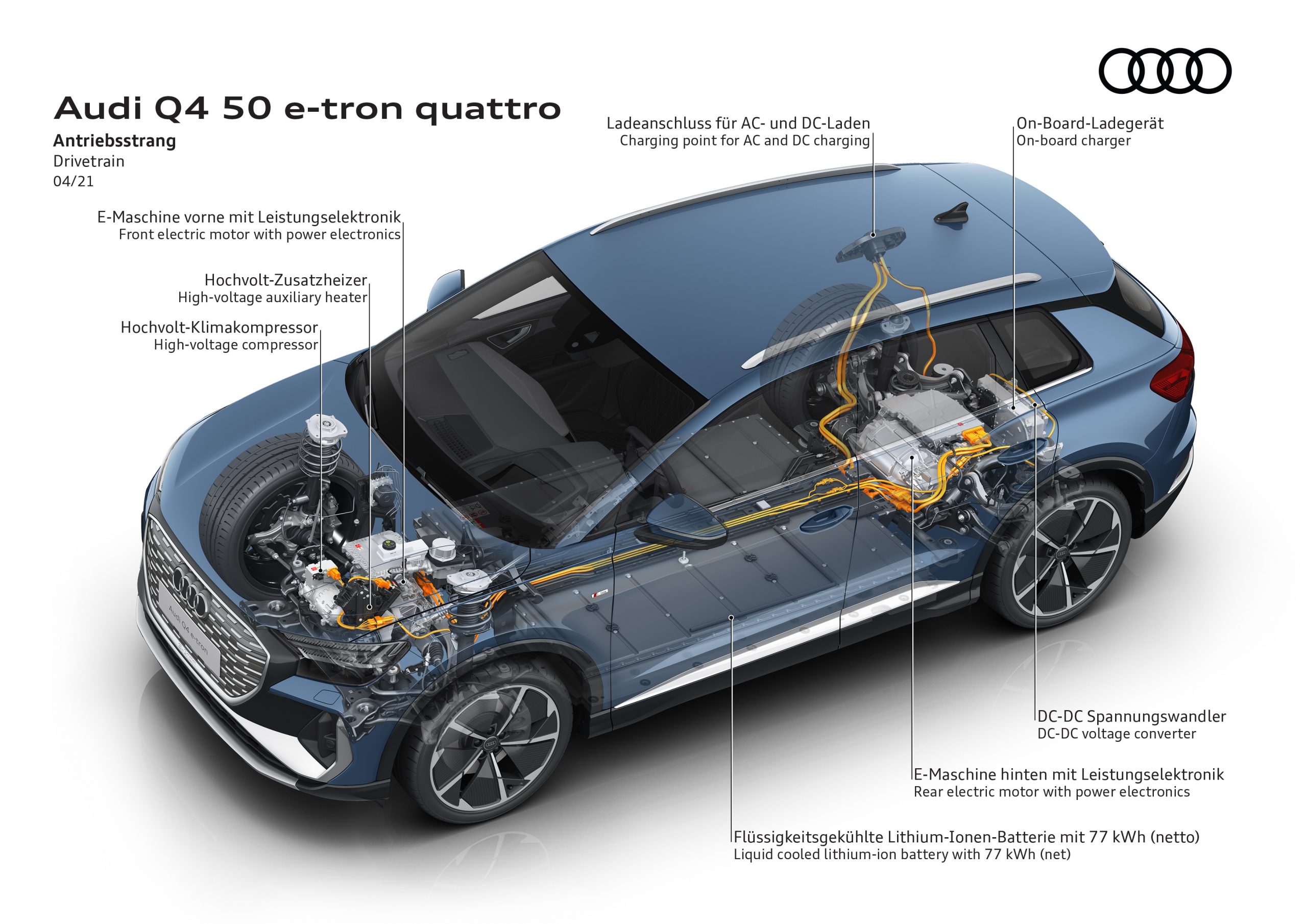 At 125 kW, and in ideal conditions, the battery can achieve an 80 percent state of charge from a 5 percent starting point in 38 minutes. WLTP testing has confirmed that the Q4 40 e-tron, which uses the larger battery, can recharge enough electricity to cover a distance of about 80 miles (WLTP) in around ten minutes.

When the Audi Q4 e-tron is on the move in gear D (drive) and the driver releases the accelerator pedal, the drive system switches to coasting mode. Both electric motors – or the rear motor in the rear-wheel drive models – run freely and largely without energy.

Coasting takes priority, because it is the most efficient, but if the driver prefers recuperation, they can switch to gear B (brake), in which recuperation is almost always prioritised when coasting.

The high-voltage batteries are located between the axles beneath the passenger compartment, at the lowest point of the car, which ensures a low centre of gravity and a near 50:50 weight distribution ratio, favouring handling.

And for the first time the new augmented reality head-up display forms part of the standard specification for Vorsprung versions and is a key component of the optional Technology Pack available for all other variants.

This major advance in display technology projects important information onto the windscreen on two separate levels – a status section and an augmented reality (AR) section. Key information and symbols from specific assistance systems and from the navigation module are visually superimposed on the ‘real life' area to which they specifically relate as content of the AR section and displayed dynamically.

The impressive array of technologies and the excellent range and power make the Q4 the perfect option for people that are looking to switch to an EV, according to the Director of Audi UK Andrew Doyle.

“Combining attractive price points, impressive charging performance and the potential to travel in tranquil comfort for well over 300 emission-free miles between stops, the Q4 e-tron models make the case for switching to sustainable premium mobility more clear-cut than ever,” he said.