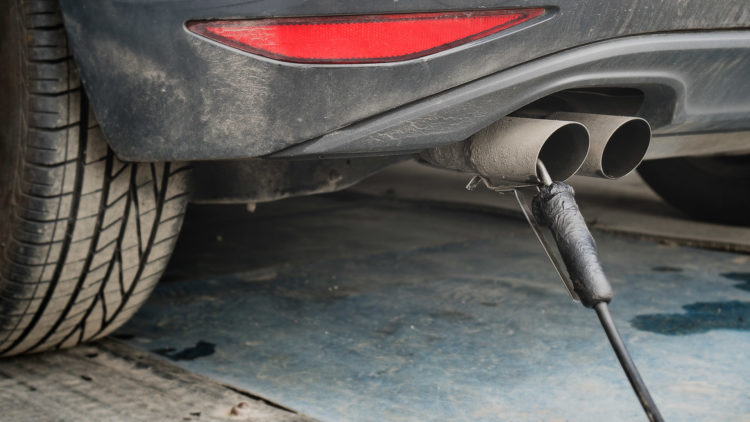 The impact of EVs remains marginal in influencing CO2 emission levels as electrified cars account for only 6 percent of total registrations, which is not enough to offset the negative impact of the moving away from diesel. In an unfortunate side effect, the temporary movement from diesel to petrol has created short-term increases in CO2 levels, according to JATO Dynamics data. WhichEV studies the charts and extrapolates the trends.

While there are many ways in which petrol cars are cleaner and safer than diesel powered motors, they are not better when it comes to CO2 levels. In trying to be environmentally aware, it seems that many countries have seen a move from black (diesel pumps) to green (unleaded fuel), which has caused a rise.

An increasing number of SUV sales and fewer diesel registrations, affected emissions in a predictable way. That said, the rate of emission increase is slowing down.

“We don’t anticipate any change to this trend in the mid-term, indeed these results further highlight the industry’s need to adopt EVs at a more rapid pace to reach emissions targets”, said Felipe Munoz, global analyst at JATO Dynamics in a statement.

Diesel is at the heart of the problem.

During the 1997 Kyoto Protocol, the EU responded to demands for a greener future by promoting diesel as a more sustainable fuel alternative, which could cut greenhouse gas emissions. Diesel engines need more air and less fuel to perform like a petrol engine and therefore the overall CO2 emissions tend to be lower.

Unfortunately, research later found that diesel engines give off far more dangerous compounds such as nitric oxide (NO) and the more dense greenhouse gas nitrous oxide (N₂O). These kinds of toxic emissions can cause respiratory problems and cancer.

Most of the largest players in Europe, like Germany, Italy, the UK and Spain, reported a reduction in the growth of C02 emissions, from an increase of 0.8 g/km in Germany to 3.0 g/km in Italy.

The introduction of affordable cars like Renault Zoe contributed to a very positive set of results for France. Citroen also contributed to the positive trend, but mainly because of technological improvement to its gasoline engines. That said, the company has gone on record to confirm that it will be offering a 100% electrified range of vehicles by 2025.

The Netherlands led the way out of the European Union states, with a drop of almost 6 points. Sweden also posted good results.

Here in the UK, new petrol, diesel and hybrid cars are likely to be banned after 2032 – and we're expecting a massive increase in EV sales way before that deadline. Alongside the ban on new fossil fuel sales, a system of massive fines will force transportation and delivery companies to move away from diesel; in the UK, sooner rather than later. As a result, UK fossil fuel emissions will fall dramatically in the long term.

The market trend toward larger Sport Utility Vehicles didn't help. Overall, SUVs output around 131 grams of CO2 per kilometre driven, which compares to just under 108g/km for city cars. Although some eccentrics have driven military or utility vehicles on the public roads since the late 1930s, the modern SUV trend is acknowledged to have started with the Jeep Cherokee in 1984. It is now the single largest car market segment.

In 2019, SUVs accounted for 38 percent of total registrations and that figure rose to 42% in December. That trend has had an impact on overall average emission levels. Europe's decision to fine manufacturers up to £78 per emission gram over 95g/km, means that there will be a lot less marketing for these cars going forward – and it's no accident that we're seen so many electric SUVs being launched already.

Globally, Tesla is the leader in zero emissions with its 100% electric offering. The Model 3 was the third best selling car in Europe for 2019. In second place, is the world's largest car company, Toyota. The huge popularity of cars like the Prius hybrid among taxi and delivery firms, means that Toyota leads the way on having the lowest average emissions per vehicle (after Tesla). Hybrids accounted for almost 60% of Toyota’s volume last year.

With ever greater attention being given to environment and sustainability issues, at both the European and national levels, we're hopeful that this will have a positive impact on consumer’s attitudes – leading to a natural desire to drive greener.

Across Europe in 2019, electric vehicle registrations were close to double what they were in the UK. We're expecting that number to change dramatically in 2020.

Citroen Ami available by the minute in France this summer

Citroen Ami available by the minute in France this summer