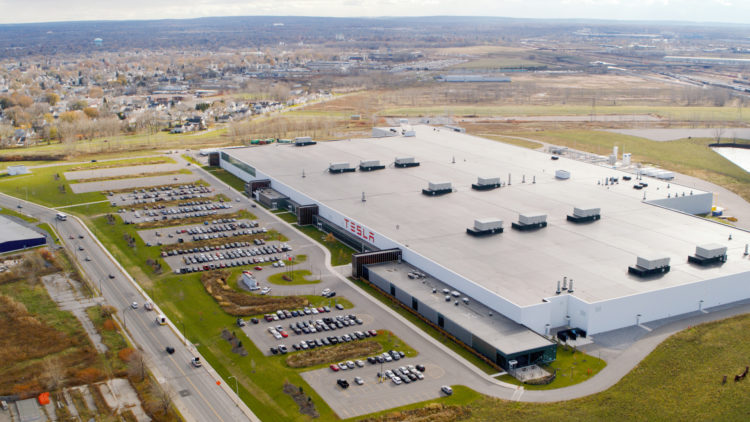 Earlier this year, the German Centre for Automotive Research predicted the biggest slow down in new car sales since the global economy crashed in 2008. Forbes reported that 2019 car sales were expected to be down more than 4 million units. The fall was expected to be prolonged, with increased CO2 emission standards playing a part. Against this bleak backdrop, Tesla shocked the market last night by announcing very strong numbers. Questions about how this stark contrast in fortunes will affect the future have been circulating financial circles and we've analysed some of the most significant claims.

Despite Tesla delivering much higher than expected earnings, Bloomberg’s Alex Webb has been asking if this kind of success is sustainable.

“At the moment, Tesla is valued the way it is, because of the expectation that it’s an on-going growth story”, Webb explained on air. “Actually, the top line is a little disappointing while investors are hoping that the revenue will continue to grow and Musk will be able to deliver sustainable profits, which is something that they have not been able to do in the past”.

“Frankly, this is a $250 million swing in profits – from expectations – but is that enough to justify a $9 billion jump in valuation?”, Webb asked.

“We’re at the point now, where a lot of big, established car makers are coming to market with their electric vehicles”, he continued. “These are companies with huge sales and distribution networks with dealerships all around the world. They also have substantial financing arms, like Volkswagen Financial Services, who will be able to subsidise the cost of their vehicles”.

Interesting point. Bloomberg's opinion is that the majors will have to use their existing capital to artificially reduce pricing on new electric vehicles, in order to compete with Tesla. Not an ideal business model, but one that will make consumers smile.

“The truth about Tesla’s position will be seen toward the end of 2020, when we will see a bevvy of cars come to market”, said Webb.

Martin Lueck, Chief Investment Strategist for Blackrock Europe focused on the way the market is developing. The fact that EVs are much simpler to make and have a far greater focus on technology makes them appealing to both consumers and manufacturers. Specifically, autonomous cars will be in the market against both the traditional carmakers and other technology companies that may wish to enter the automobile market.

“The big challenge that has not been mentioned enough, is the ‘share economy’”, Lueck pointed out. “The idea that people will share cars in larger cities – is a major headwind, especially for Germany which is so dependent on car production. We don’t know how cars will be driven in the future”.

“There is talk of other kinds of companies coming into the car market, technology companies, but it’s hard to see autonomous driving happening any time soon, so I think these companies won’t come into the market for quite a while”, said Lueck.

“We should not write off the traditional carmakers just yet. They have enormous competence in terms of design, innovation and engineering”, he said. “For me, the idea of technology companies replacing car companies, won’t happen any time soon”.

It was not completely clear if Lueck classifies Tesla as a car or technology company. Where have we heard that before? Think, Apple – a company that's renowned for its products but ultimately is a company that outsources most of its hardware manufacturing and instead focuses on delivering a perfect ecosystem with class-leading software. It didn't take long for Apple to have a humongous amount of cash flow; might we see the same with Tesla in the years to come?

The key questions about the future of the traditional car industry seem to focus on three key areas:

Finally, there is the cost of subsidising leasing. Traditional manufacturers offer competitive leases, based on the future value of a car. If that car is petrol/diesel based, then the future valuation could be significantly lower than expected. Will that network of dealers have to offer a ‘Book +' price in order to entice the next sale?

Exciting times in the auto industry, no doubt. One thing is for sure, the value offered to consumers is likely to go up over the next 10 years.

Mazda MX-30 revealed: Everything you need to know about Mazda’s first all-electric SUV