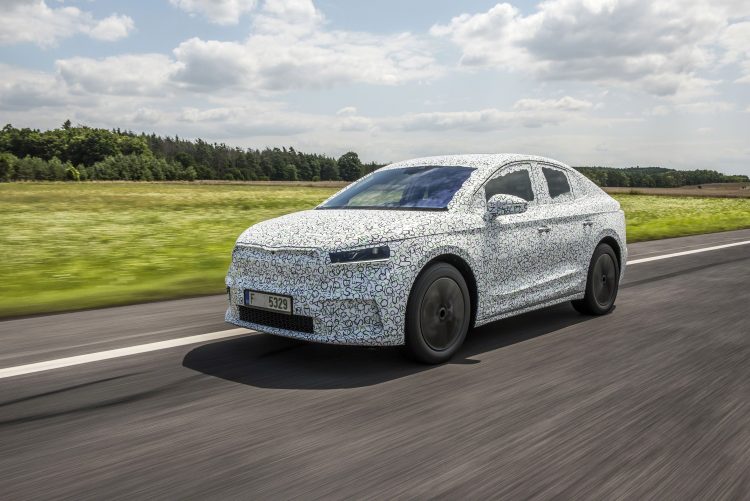 The new variant is characterised by an elegant, sloping rear. Its drag coefficient (cd) of 0.247 is even lower than the aerodynamic Enyaq iV SUV, making the Coupé more efficient and enabling it to cover more than 332 miles in the WLTP cycle when fitted with the larger battery. 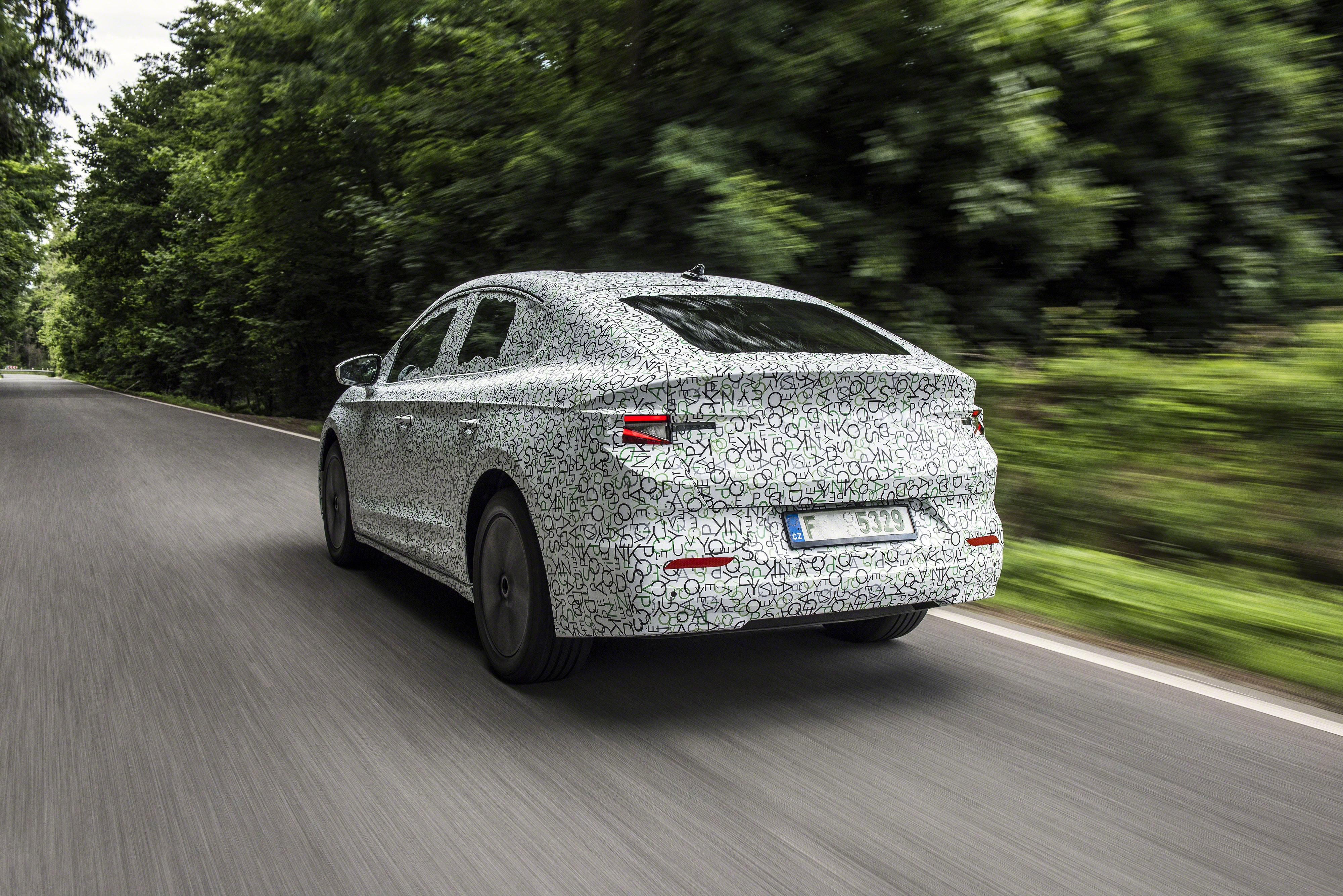 Škoda offers two battery sizes and three different power variants for the Enyaq Coupé iV. The batteries are stored in the floor of the Volkswagen Group MEB car platform. The iV 60 is fitted with a lithium-ion battery with a capacity of 62 kWh, of which 58 kWh net can be used. The electric motor produces 132 kW (177hp) and drives the rear wheels via a single-speed gearbox.

The Enyaq Coupé iV 80x instead is also equipped with the larger battery, but this powers a second, 80-kW electric motor on the front axle as well as the rear motor, providing this variant with all-wheel drive. Together, the two electric motors deliver a total of 195 kW (261hp).

The panoramic glass roof, which is part of the standard equipment, slopes gently towards the rear from the B-pillar. At a length of 4,653 mm and measuring 1,617 mm in height, the coupé is four millimetres longer than the Enyaq iV and one millimetre higher. At 1,879 mm and 2,765 mm respectively, the width and wheelbase of both models are identical, while the coupé’s 570-litre boot capacity is almost on a par with the SUV’s 585 litre.

The centrally positioned 13-inch touchscreen is a key feature in the interior. It can be personalised and provides access to the infotainment system as well as all vehicle functions. On a 5.3-inch screen, the Digital Cockpit informs the driver of the most important information, such as speed, driving data, navigation, and active assistance systems. The optional head-up display projects additional information – in part using augmented reality – in clear view of the driver. 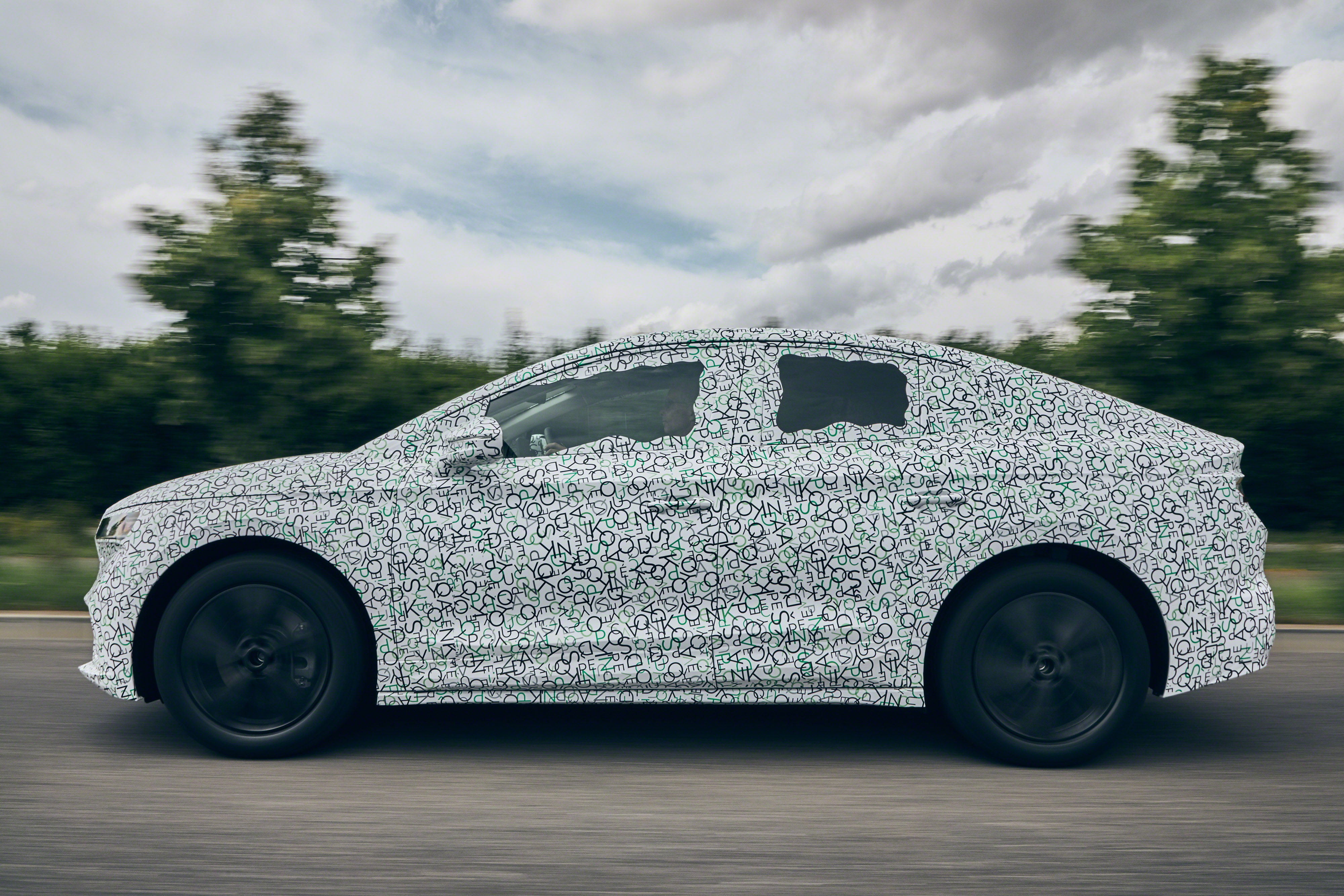 The Enyaq iV was an immediate success in the international markets and the Coupe will build on the momentum created by the EV SUV, according to Thomas Schäfer, Škoda Auto CEO.

“We have made a great start on the international markets with our all-electric flagship Škoda Enyaq iV. The vehicle has been very well received by our customers, and roughly 70,000 orders have been placed,” he said. “In early 2022, we will be upping the ante with the Enyaq Coupé iV: this variant of our e-SUV is even more emotive and presents a real design highlight, rounding off the top end of our model range.”