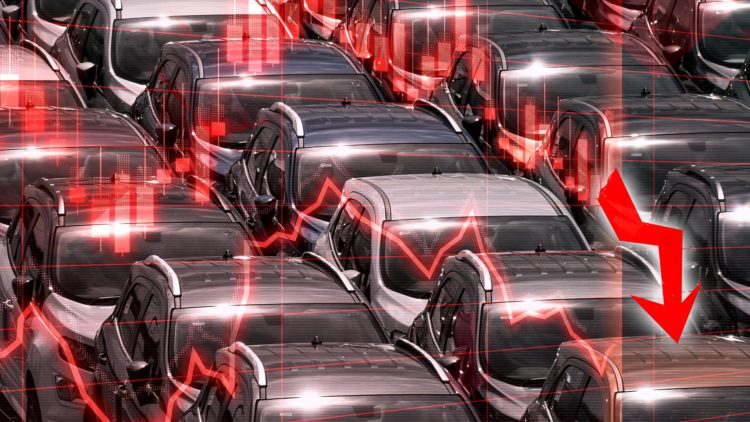 Overall car sales dropped more than 97% in April. Shutting showrooms is now likely to mean that the UK will register fewer cars in 2020 than we did in 1992. To put that in perspective, in 1992 the UK had a GDP of close to £1 trillion and last year the economy was closer to £2.3 trillion*. These are truly sobering figures and they will create negative economic waves for a long time to come – as the associated service, support, repair and upgrade industries feel the effects long after the initial car is sold. WhichEV examines the numbers.

According to the SMMT (Society of Motor Manufacturers and Traders), many companies have managed to support key workers, critical companies and frontline services. At the same time, the industry has continued to keep service and repair workshops open to maintain vehicles that are so crucial in keeping key services, goods and people moving safely across the country.

Mike Hawes, SMMT Chief Executive, said, “With the UK’s showrooms closed for the whole of April, the market’s worst performance in living memory is hardly surprising. These figures, however, still make for exceptionally grim reading, not least for the hundreds of thousands of people whose livelihoods depend on the sector. A strong new car market supports a healthy economy and as Britain starts to plan for recovery, we need car retail to be in the vanguard. Safely restarting this most critical sector and revitalising what will, inevitably, be subdued demand will be key to unlocking manufacturing and accelerating the UK’s economic regeneration.” 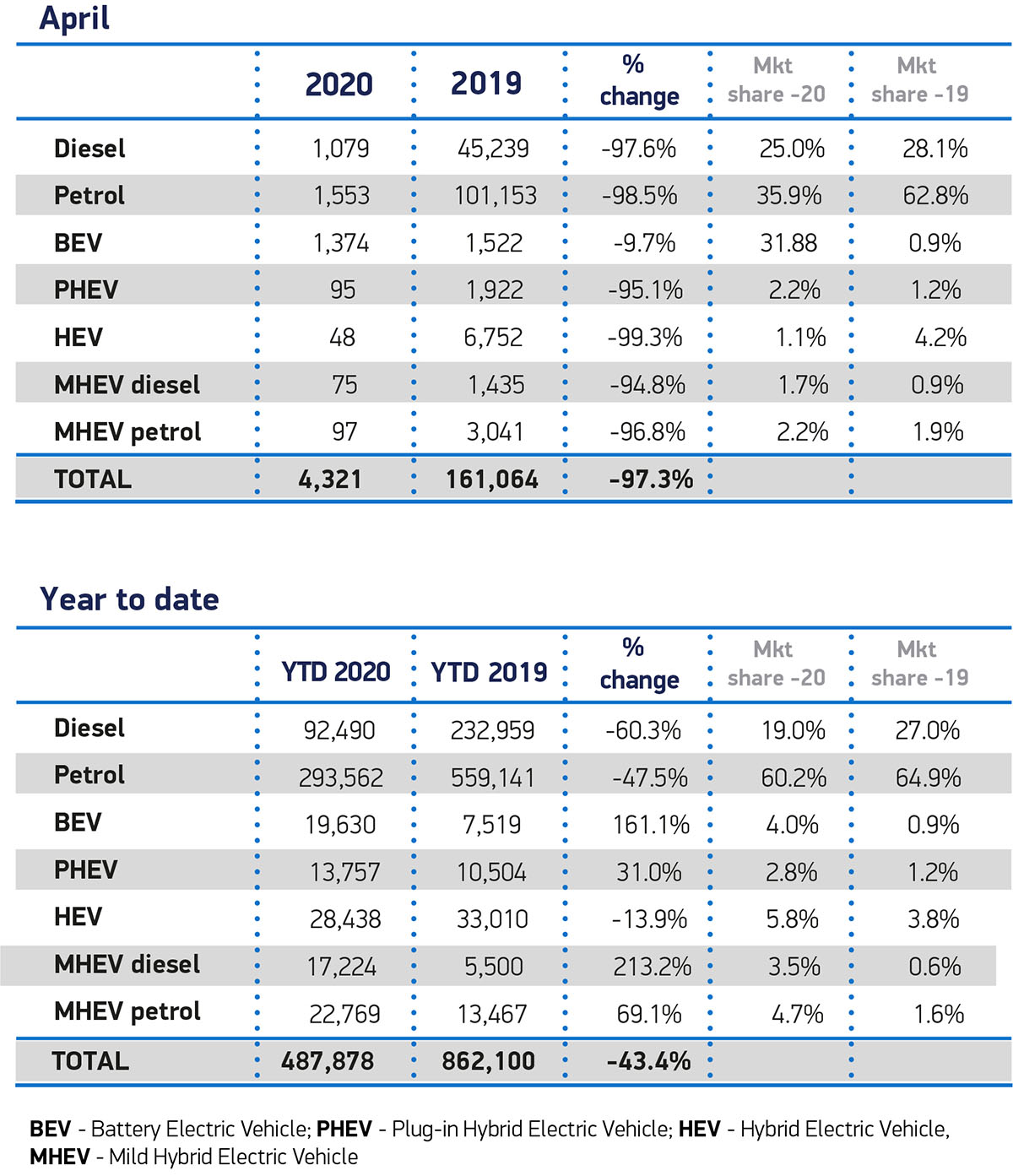 Fleet orders represented by far the bulk of the market, taking 71.5% market share, equivalent to 3,090 units, while private buyers registered just 871 cars – a year on year fall of –98.7%. The distortion was reflected across all segments and fuel types, with the numbers of new petrol and diesel cars joining UK roads down -98.5% and -97.6% respectively, as plug-in hybrid vehicles (PHEVs) declined -95.1% and hybrids (HEVs) -99.3%.

However, pure electric vehicles saw only a slight dip in sales, going down less than 10%, which has to be a sign to the industry that demand in the EV sector is likely to be strong going forward. By the end of 2020, the SMMT still predicts overall BEV sales to have doubled compared to 2019 to a total of 77,300, primarily due to lots of new models becoming available.

The UK's European neighbours like France and Italy saw similar drops last month, but the UK's delayed entry in to full lockdown meant that March's figures were higher than expected.

Another side-effect of the shut down is that Tesla has taken number one spot in the overall best seller's list for April, moving ahead of perennial fossil-fuelled favourites like the Vauxhall Corsa and Seat Leon. Tesla does not rely on traditional showrooms and has a contactless delivery system that can operate through the pandemic with few changes. Jaguar's I-Pace BEV SUV also fared comparatively well.

Overall, the UK car market has not been this deflated since the end of the second world war.

That said, as a series of grants and fines come into place for Q3 2020, the market for electric vehicles is likely to bounce back strongly. BYD has already seen a boost in sales as it re-opened its main factory in China and Tesla's Shanghai operation saw record sales in its first month after Gigafactory 3 came out of lockdown.

You can expect to see a lot more stories like this, but many expect a swift recovery after the lock down finally ends. Unlike the last major recession that started in 2007/8, there is no underlying weakness to the world's economy this time around. However, we would expect any EV manufacturers with a low cost option in the pipeline, to accelerate development on those products – in case there is a quantum shift in the amount that a potential customer is prepared to spend over the next two years.