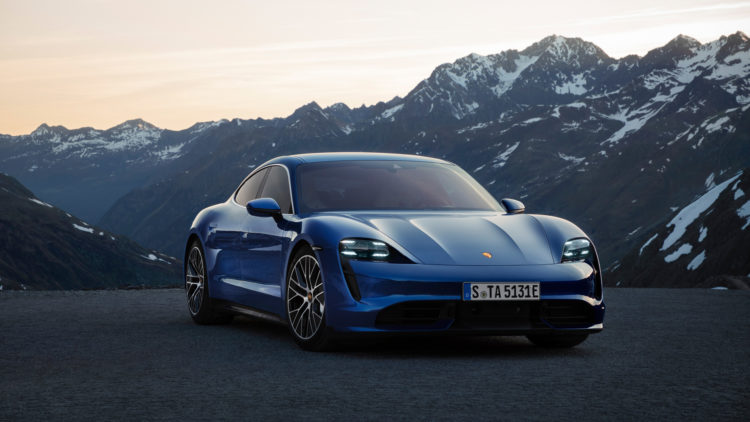 A few weeks ago, a video by German TV show ‘Auto Mobil’ lobbed the brand-new Porsche Taycan Turbo S against a Tesla Model S P100D. The result of the drag race saw the 2012 Tesla dethroned, with the Porsche becoming the fastest all-electric road-legal vehicle. The result was met with a lot of scepticism, whereby the Model S achieved lower-than-average results.

It would seem that the outcome is near-identical from the UK TV show, Top Gear. In a detailed comparison between the two vehicles, the presenters found the Porsche achieved a 0-60mph in 2.62s, while the Model S Performance sat slightly slower at 2.68s. In a quarter-mile drag race, the Taycan Turbo S came out on top, with a clocked time of 10.69s at 131.6mph. Meanwhile, the P100D achieved it in 11.08s at 124mph.

As for the top speed, tested on uncapped German roads, the Porsche achieved 161mph and the Tesla 155mph. This means that if you were to drive these vehicles at full pelt continuously, you'd get 65 miles of range in the Taycan Turbo S and 83 miles in the P100D.

Ultimately, these numbers are somewhat meaningless as both vehicles are remarkably quick. The Porsche Taycan Turbo S is a more expensive sportscar, that drives better, is faster and looks the part too. The Tesla Model S, on the other hand, is a more practical car with autonomous driving capabilities and has a far greater driving range.

Truly, it would depend on what you're looking for – the boy racer in me wants the Porsche but as an every-day car, I'd want the Tesla on my driveway. Let's not forget, however, we're comparing a 2019 Porsche with a 2012 Tesla – I wonder what will happen when the 2020 Tesla Roadster hits the roads. Expect more madness.