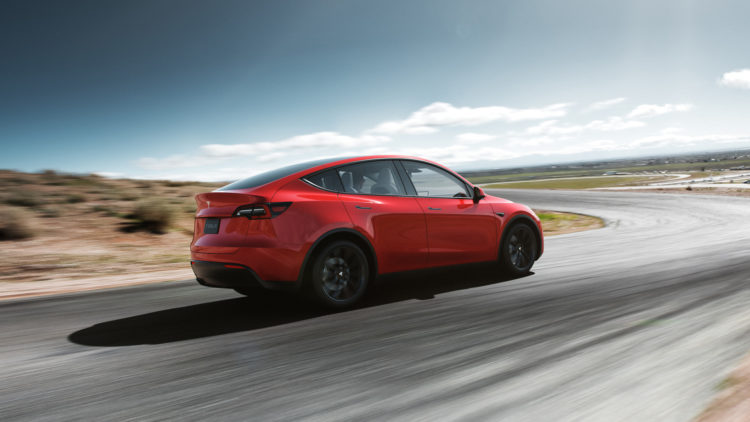 The Telsa Model Y is no longer a secret, as many know of its existence. Deliveries of the vehicle are expected to come late 2020 and early 2021. The initial rollout of the electric SUV is to its US customers, where the Canadian and Mexican markets will receive it shortly after. A European model is also expected to come, although, one would estimate deliveries to come in mid-2021.

The SUV might be common knowledge, with lots of information about it floating around on Tesla's website, but it's a rarity to see it outside of a press event. Late last week, a series of dashcam videos emerged on YouTube from one user – see them, below:

These videos were recorded in California, the United States near Tesla's headquarters in Palo Alto. The videos are all short, but reveal the car might be available in an all-black colour scheme. The user was able to record these videos, as Tesla owners have access to a feature called: TeslaCam. It records constantly and after the owner of the vehicle selects to save a key moment, it'll automatically download to a computer once they're home.

It's good to see the company testing its cars on open roads – this could indicate that Tesla is on track to deliver its new SUV. This comes shortly after the company failed to reach its target of 100,000 deliveries in Q3 2019, instead of managing a company record of 97,000. As such, Tesla's shares dropped after the initial hype.

Elon Musk and his team will want to stay on track to keep investors and potential new customers interested in the business. Suffice to say, the American-based company is doing everything possible to push forward, and sightings of the Model Y will come as a pleasant surprise to EV enthusiasts.