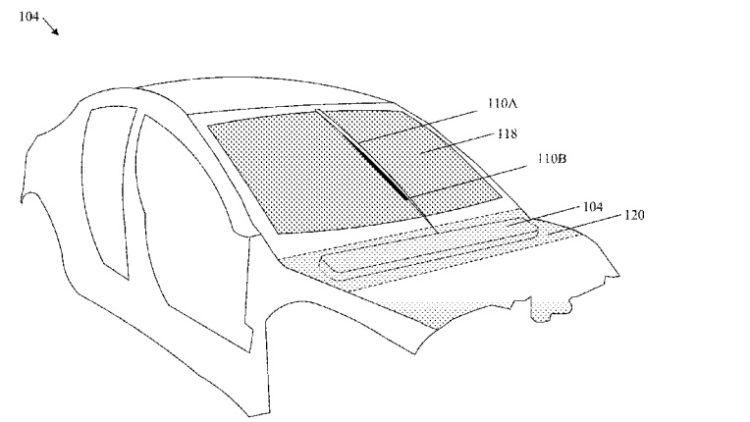 A new Tesla patent has sparked some interest among car enthusiasts as it might revolutionise the way cars are designed. The patent labelled as ‘electromagnetic windshield wiper system' brings forth a few innovative ideas that could shake up the car industry.

For years, windscreen (or windshield) wipers have moved in the same way: a motor has the job to move a single or dual-blade system back and forth until the driver is satisfied that there is nothing obstructing his or her view. This process has worked for decades, where manufacturers have perfected a design that appeared back in the early 1900s – but Tesla thinks there's a more efficient way.

Using electromagnets, the singular or dual-blade system moves along a set of guide rails, which allow for quick and efficient movement. Think of a high-speed maglev train moving back and forth continuously.  In the design drawings below, you'll see inventors Nicolas Clift, Maithreya Kedambadi Prasanna, and Gonzalo Espinoza Graham have created quite the unique system.

As you'll see from the figures above, it's quite an ingenious system and one that has a few key benefits: it's more efficient; it'll last longer as there are less mechanical parts and cogs (notably in bad weather condition); with less friction with the electromagnets it could save on battery; it could clean a larger surface area as the blades will no longer be limited to horizontal motion and thus result in better visibility for the driver, the cameras (for Tesla's Autopilot system) and the passengers.

There's been no public announcement or hint from the company to suggest this new patent will be in its upcoming vehicles. However, with the company rapidly growing, we might see a few other systems revamped. Flying cars, anyone?