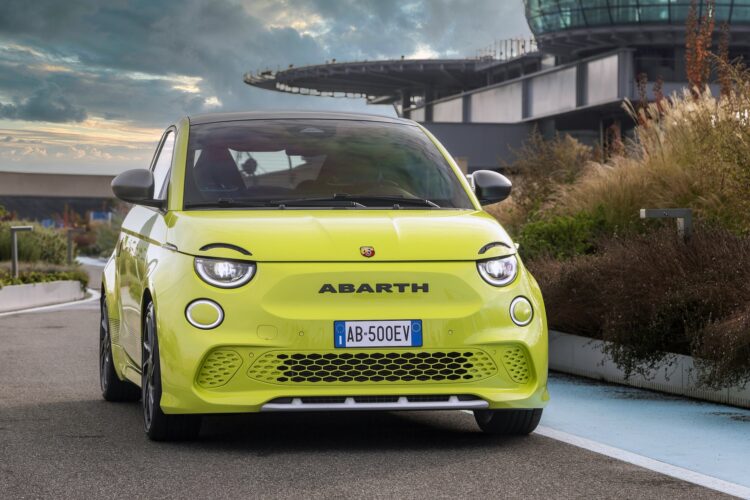 The 500e is the most responsive and exciting Abarth in urban driving and the fastest in suburban driving, the company said. An improved weight distribution, better torque, and a wider wheelbase helps the electric architecture perform better than the petrol version. 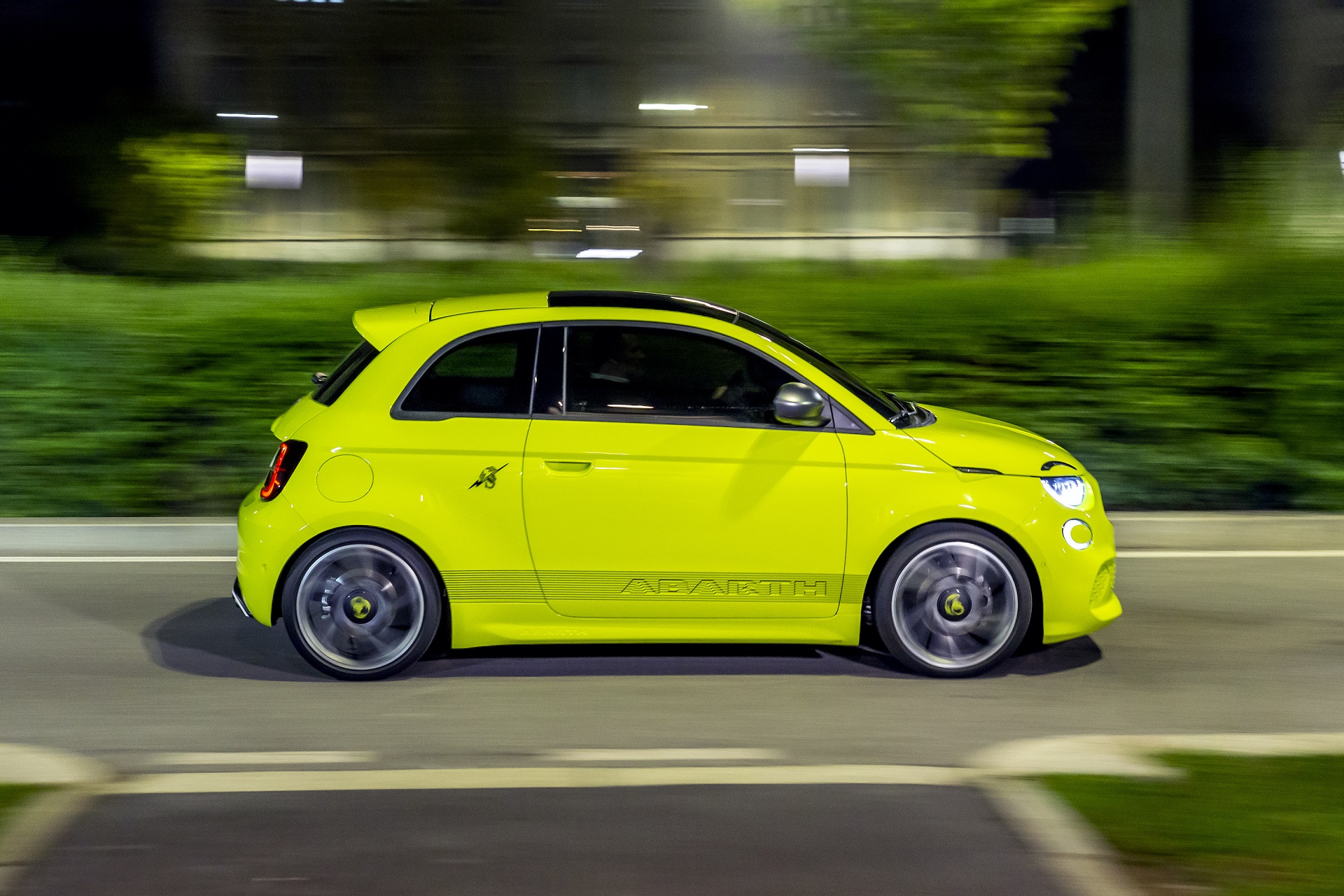 “We are simultaneously presenting the first electric Abarth in Europe, based on the Fiat 500 electric, and also launching the brand in Brazil with the introduction of the New Abarth Pulse,” said Olivier Francois, FIAT & Abarth Chief Executive Officer and Global Chief Marketing Officer of Stellantis.

Francois further said the company is shifting gear to a more global presence. Pulse in Brazil is phase 1, then the company will see phase 2 when the 500e reaches markets beyond Europe, including Japan and Brazil.

Abarth has made three driving modes available with the 500e. The Turismo mode allows for smoother acceleration and lower power (max power 100kW instead of 113kW, torque 220Nm instead of 235Nm) for an efficient driving experience. The Scorpion Street mode maximises the regenerative braking. The Scorpion Track mode is designed for those who are looking for top performance.

The 500e is equipped with the 85-kW fast-charging system to replenish the car’s battery quickly. It takes less than five minutes to build up a sufficient energy reserve for daily mileage requirements (up to 25 miles). The fast charge reaches up to 80% of the range in only 35 minutes, the company said.

The new modernised and electrified Scorpion signature logo is placed higher up and, together with the headlights and the grille, gives the car a look that tells you that nuts-and-bolts mean business. 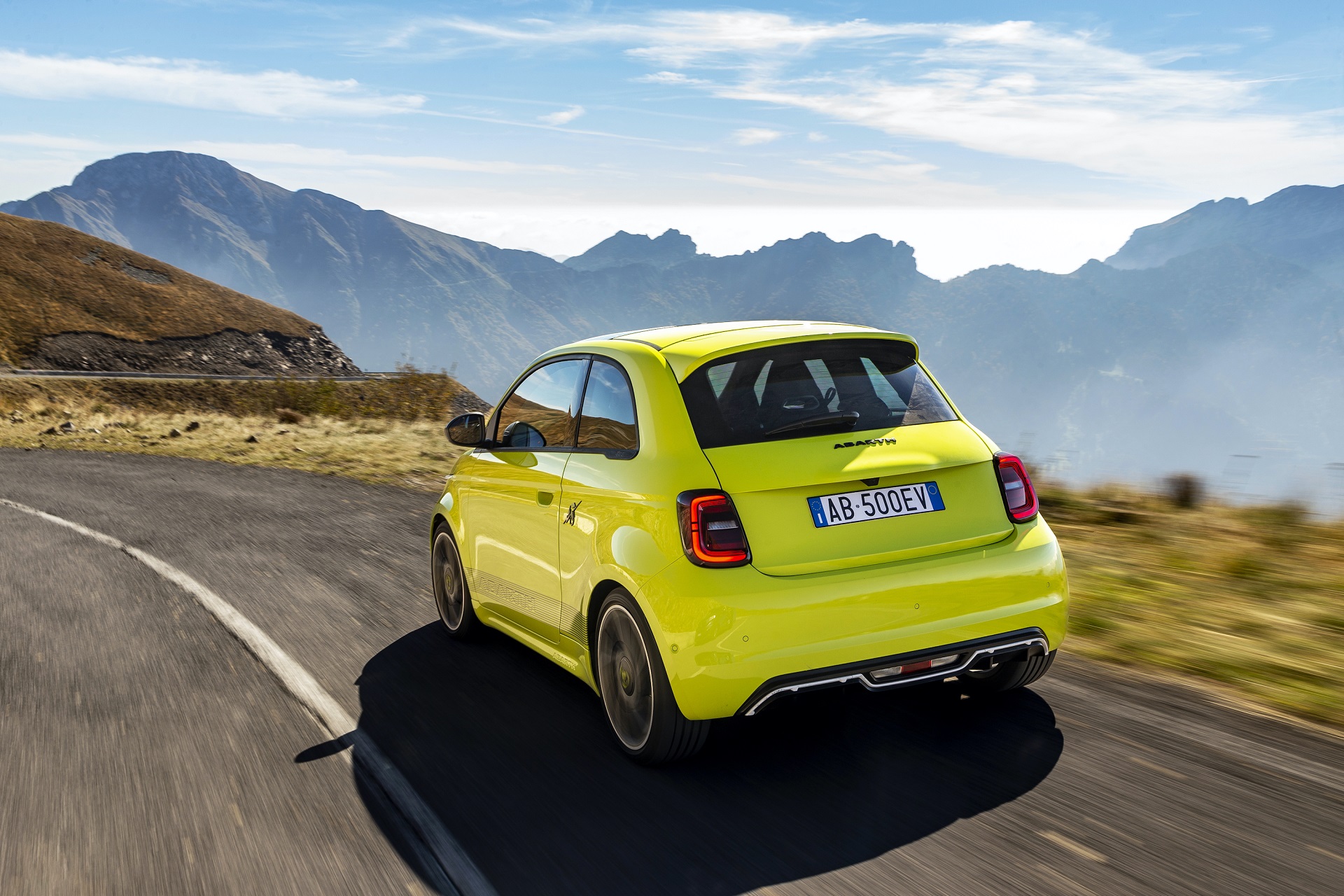 The company also debuted 500e Scorpionissima, an exclusive, top of the range fully equipped limited launch edition – the first electric Abarth ever. The company has produced only 1,949 units of the especial edition to pay homage to the brand’s birth year. It is equipped with the exclusive 18in Diamond-Cut Titanium Grey alloy wheels, which bring the driver closer to the road with their holding performance and distinctive and sharp design; a fixed glass roof; and rear privacy glass. It also sports six airbags and comes in two colours, Acid Green or Poison Blue.

The company’s new online buying process kicked off on Nov. 22, with the Limited Edition. An exclusive one-month pre-booking phase will be dedicated to the Abarth community members only, the company said.