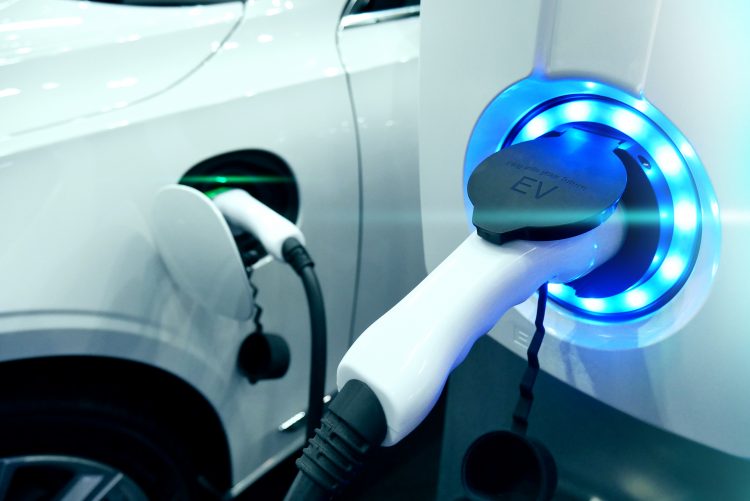 April sales highlight once again that 2021 is shaping up to be another strong year for greener technologies such as hybrid and battery electric vehicles.

The monthly market shares might be misleading, as we have to take into account that last April, due to the pandemic, showrooms were closed.

However, by looking at the yearly to date data we can see the true effect of the all-electric revolution. According to the Society of Motor Manufacturers and Traders, Battery Electric Vehicles have seen their market share increase to a solid 7.2% compared to 4.0% in 2020. In other words, BEV new registrations have skyrocketed by 108.5%.

Plug-in Hybrid Electric Vehicles have also witnessed an important improvement in market share as they now sit at 6.4% compared to a mere 2.8% in 2020. This is due to the fact that PHEV registrations have seen a 161.7% increase. 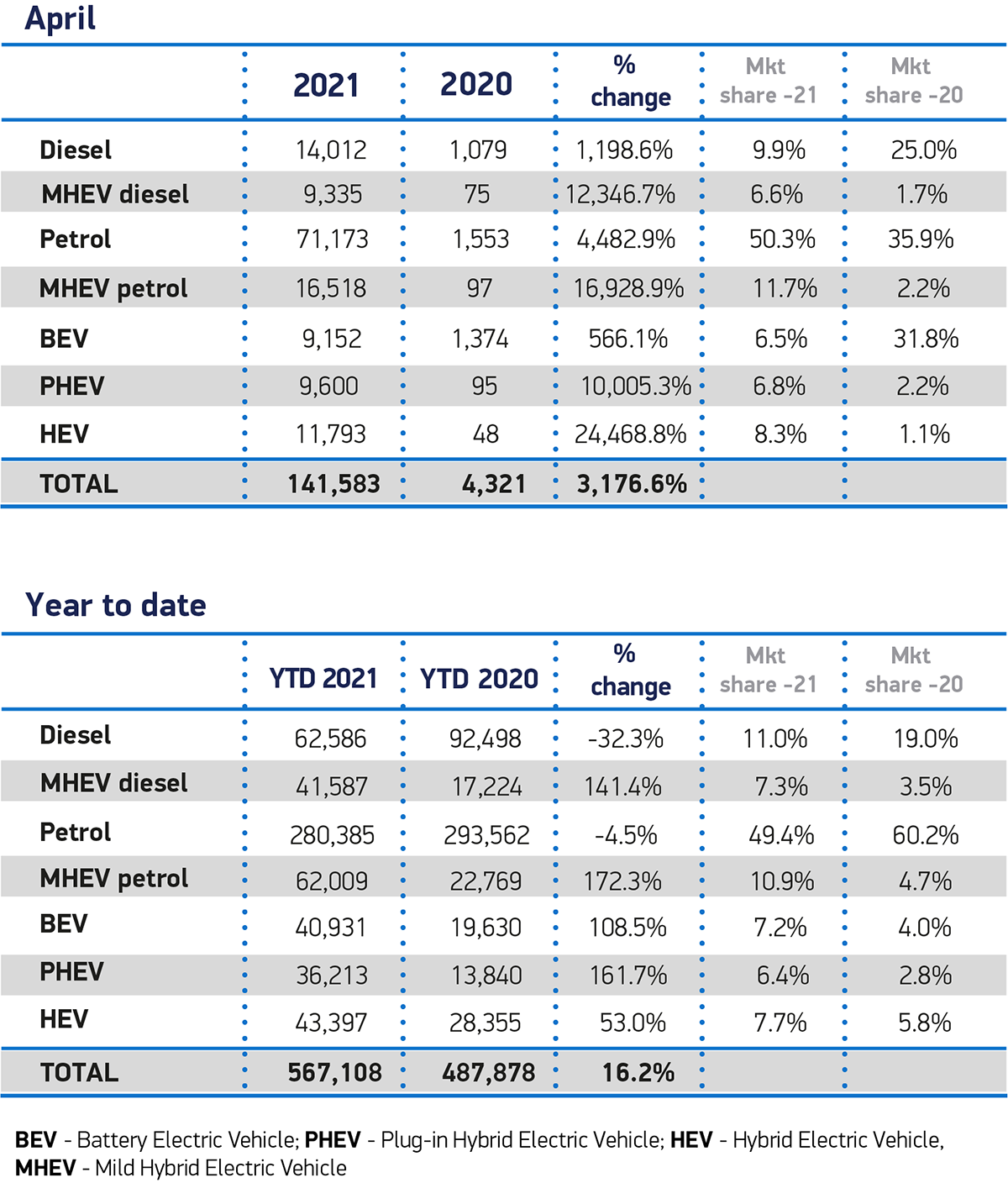 Hybrid Electric Vehicles have also hd a slight increase in market share as they now correspond to 7.7% compared to last year’s 5.8%. HEVs have experienced a 53% increase in registrations. 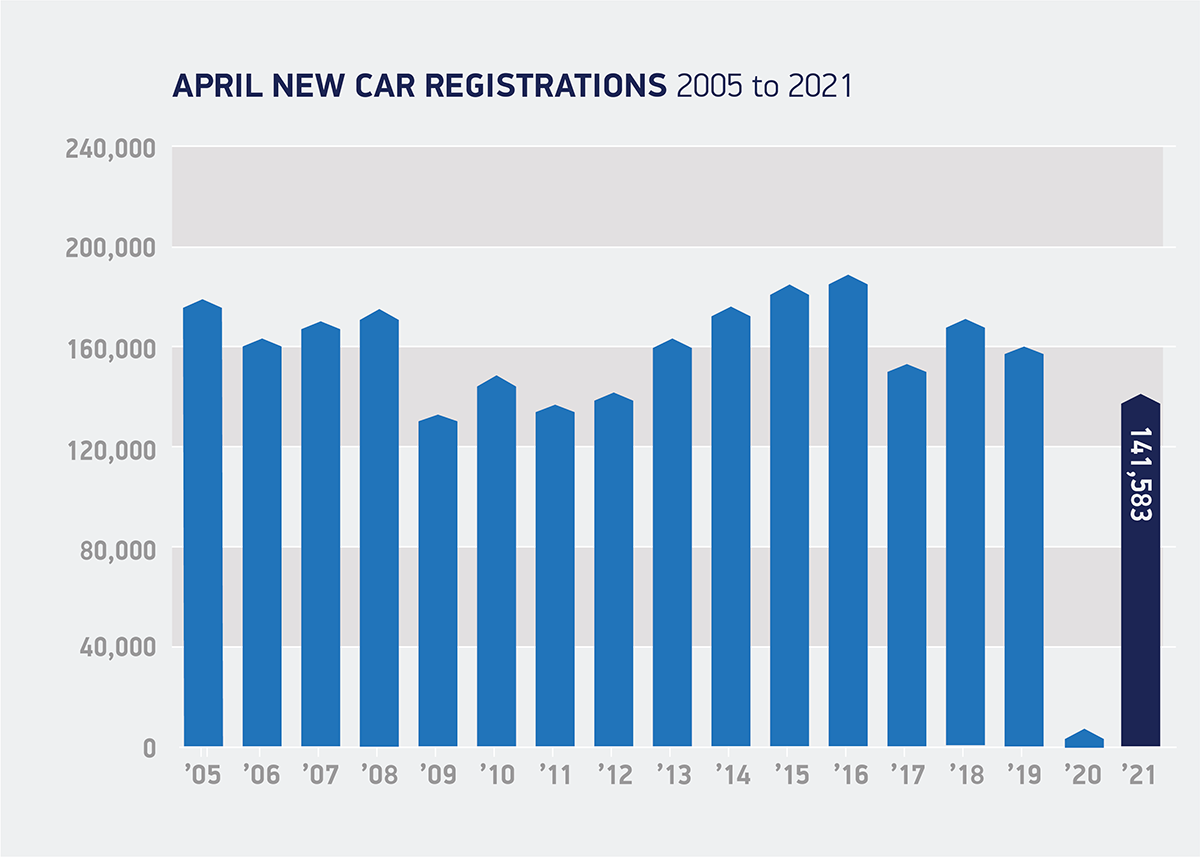 The great numbers boasted by greener options shows the true commitment of the UK towards an all-electric future, according to SMMT Chief Executive Mike Hawes.

“The automotive sector is transforming the way we drive, investing billions in ever-greener and cleaner vehicles across the range, with one in four available models now capable of being ‘plugged in’,” he said. “Over half a million people are already convinced by the incredible driving experience, and we hope millions more will make the switch as Britain strives to become the best place to build, buy and drive electric vehicles.”