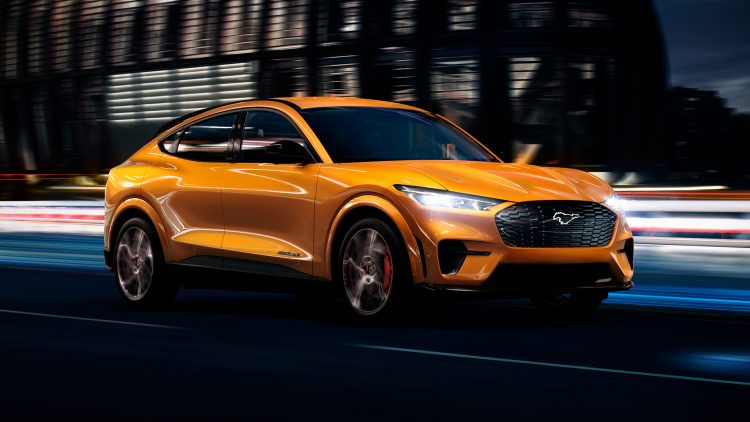 A lot of fans of the Mustang were not happy when Ford announced a new electric version as they believed that a battery will never be able to embody the true spirit of a muscle car. However, the American company has just revealed the specifics of the top version of the Mach-E and it is as powerful as its predecessors.

The high-performance Mustang Mach-E GT will deliver 3.7‑second 0-62 mph acceleration. No other vehicle in its class can accelerate faster than the Mustang Mach-E GT, which features a 465 PS, all-wheel drive, battery-electric powertrain for drivers ready to take full advantage of the performance benefits of all-electric driving. An electric vehicle that truly flexes its muscles.

Ford today announced that customers placing an order this year and into 2021 will receive five years of free access to the FordPass Charging Network that has grown by almost 25% in less than one year, and now includes more than 155,000 charge stations across Europe. Moreover, Mach-E drivers will also receive one year of free access to the IONITY fast-charging network that has now established more than 270 charging stations and is soon to reach 400 by the end of this year.

The electric Mustang with a 465 PS, dual-motor powertrain generates 830 Nm of available torque independently to the front and rear axles for even more responsive handling and a 0-62 mph acceleration equal to the Tesla Model Y. The top speed will be limited to 200 km/h.

The GT features a standard 88-kWh extended-range battery for a targeted WLTP pure-electric driving range of up to 310 miles, which will be supported by Intelligent Range.  The car will accurately predict how much range drivers have by using past driving behaviour, weather forecasts and crowdsourced data from other Mustang Mach-E vehicles.

Ford believes that, with the new GT, customers won’t have to choose between power and comfort anymore, as the Mach-E will be able to offer both, according to Stuart Rowley, President of Ford of Europe

“The new Mustang Mach-E GT shows what all-electric performance really looks like, but performance counts for nothing without the confidence to use it,” he said. “Our charging initiatives mean Mustang Mach-E customers can enjoy the electrified Mustang driving experience with the knowledge that they can recharge quickly and easily across Europe.”

The FordPass Charging Network is the largest network of public charging stations in Europe with approximately 30,000 locations added since October 2019. Customers will be able to use the FordPass app to effortlessly locate, navigate to, pay for and monitor charging at locations across 21 countries.