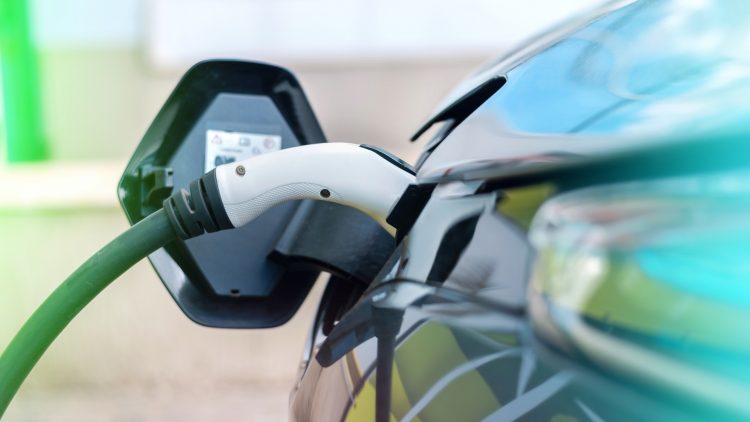 EV drivers can save up to £400 a year on charging costs despite an increase in public charging prices, charge point mapping service provider Zap-Map has found.

New analysis from Zap-Map has discovered that the price drivers are paying to charge an EV on the public network has increased by more than 15% overall since September 2022. However, the price of charging varies substantially across different types of chargers. This means that, despite rising electricity prices, EV drivers using a mix of different charging options can still save money compared to refuelling a petrol or diesel car, the company said. 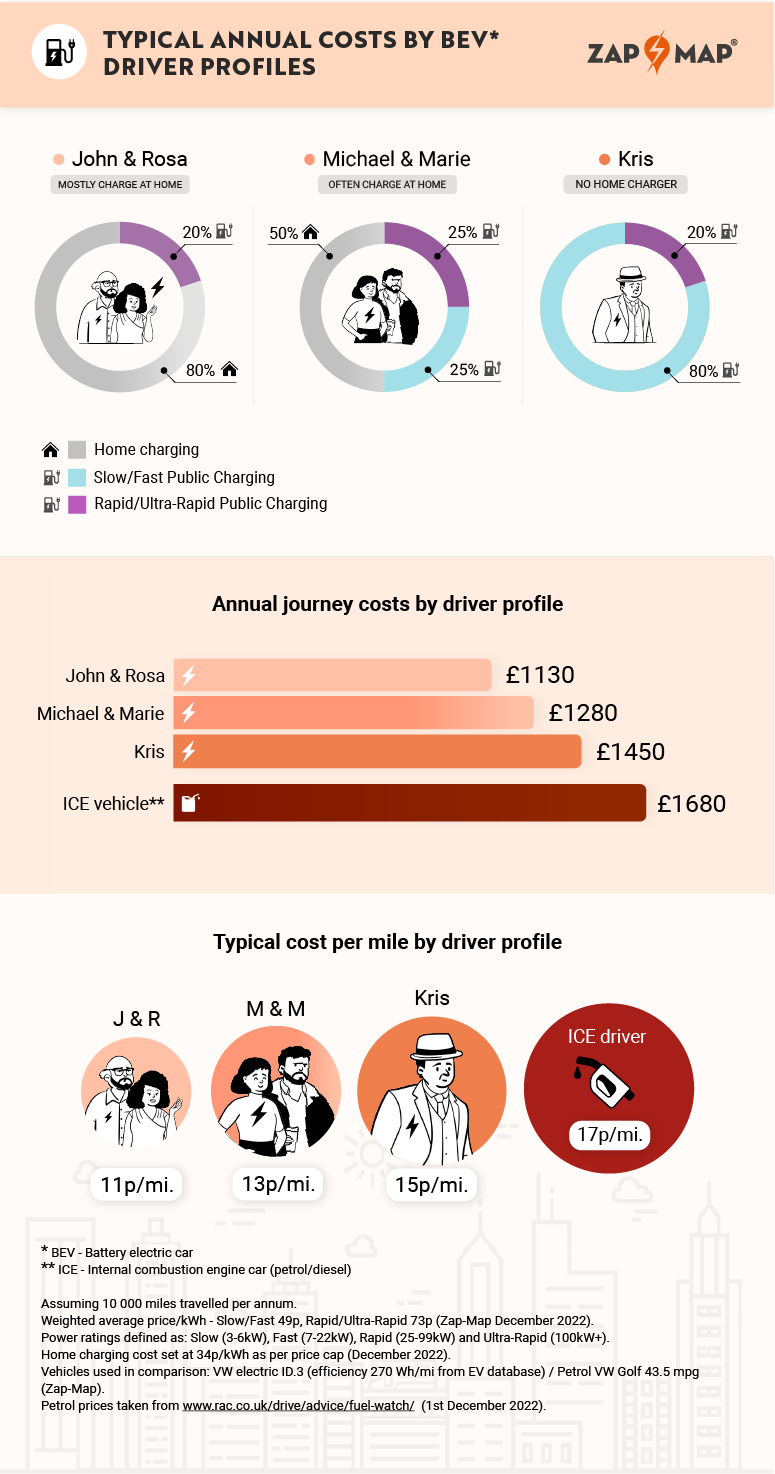 Zap-Map’s analysis takes into account more than 500,000 charging sessions per month, across approximately 70% of the charge points in the UK.

The findings show that, in December 2022, the average weighted price of charging at a slow or fast charger – mostly found on residential streets or at destinations such as supermarkets or car parks – was 49p/kWh in the UK. Meanwhile, the price for a rapid or ultra-rapid charge point, typically used for high-speed, en-route charging, was 73p/kWh. This means that prices for slow/fast charge points were up 17%, from 42p/kWh in September 2022. Prices for rapid/ultra-rapid chargers were up 14% in the same period, from 64p/kWh, the company said.

Zap-Map’s Price Index covers a range of charging scenarios, all of which show EV drivers save on costs compared to their ICE counterparts.

“Zap-Map’s Price Index keeps track of the price that EV drivers pay when out and about, as well as how prices vary across the different types of chargers,” said Melanie Shufflebotham, Co-founder & COO at Zap-Map. “This helps drivers to seek out the cheapest charging options and keep an eye on costs.”

At present, the majority of EV drivers are able to charge at home. According to Zap-Map’s latest EV Charging Survey – which saw responses from more than 4,300 EV drivers across the UK – 84% of respondents have access to a home charger. However, as more and more drivers make the switch to electric, the proportion of drivers without access to a home charger will only increase. 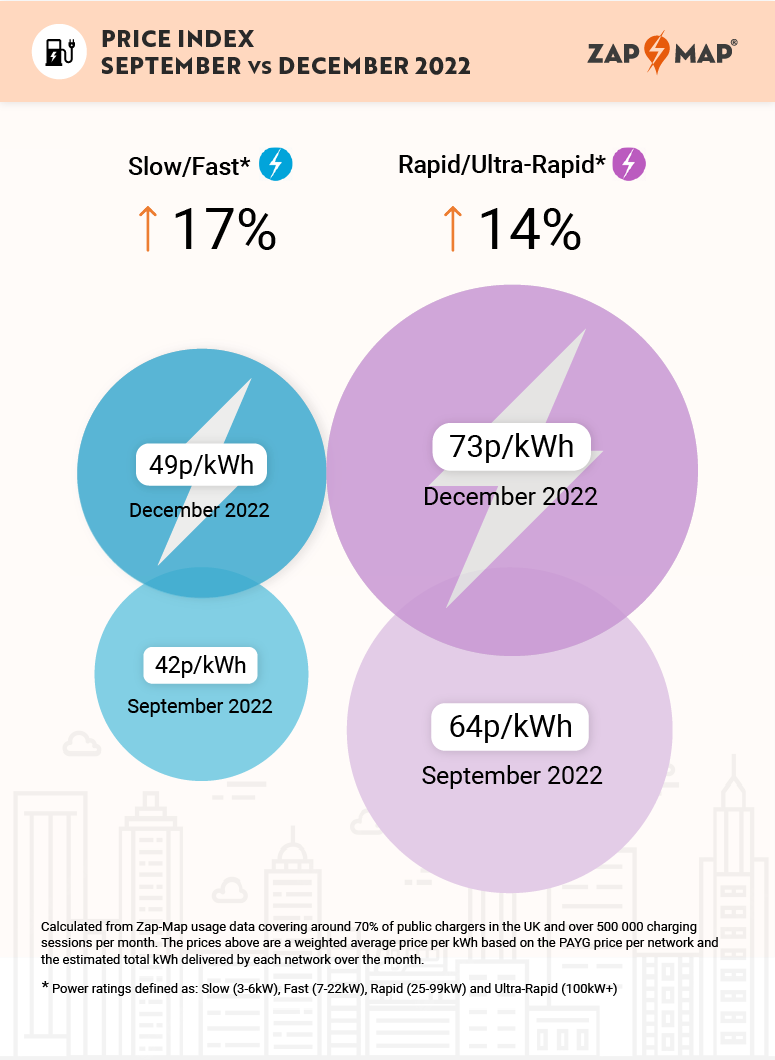 “With the continued energy crisis, we expect the cost of charging to remain at a higher level, with EV drivers increasingly looking to seek out the most cost-effective combination of home charging and different public charging options,” Shufflebotham said. “Drivers are increasingly making the switch to electric, as December’s record electric car sales go to show.”

The COO further said that the so-called ‘pavement tax’ issue will only grow in significance over the next few years, and that’s why Zap-Map is one of a number of organisations backing the FairCharge campaign. “This campaign aims to bring the VAT rate on public charging in line with the VAT rate on domestic energy, and so bring down costs for EV drivers without access to a home charger.”