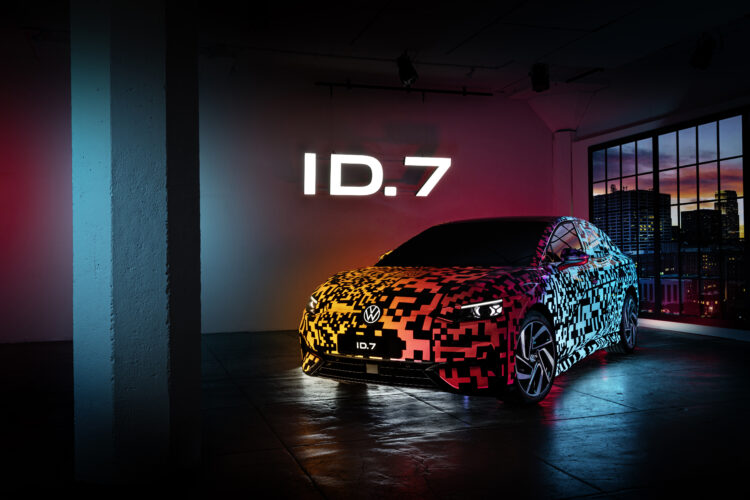 Volkswagen Group of America is showcasing the ID.7, its first fully electric sedan based on the modular electric drive matrix (MEB), between January 5th and 8th in Las Vegas as it returns to the Consumer Electronics Show after six years.

It will be clad in smart camouflage, which uses unique technology and multi-layered paintwork to create light effects on parts of the vehicle.

This is an interactive feature and symbolizes the next step in the digitalization of the future flagship model of the ID. family, the company said. The ID. AERO concept vehicle initially presented in China already provided a preview of the new model, which embodies an aerodynamic design concept and is able to achieve ranges of up to 700 kilometres / 438 miles (WLTP), it said. 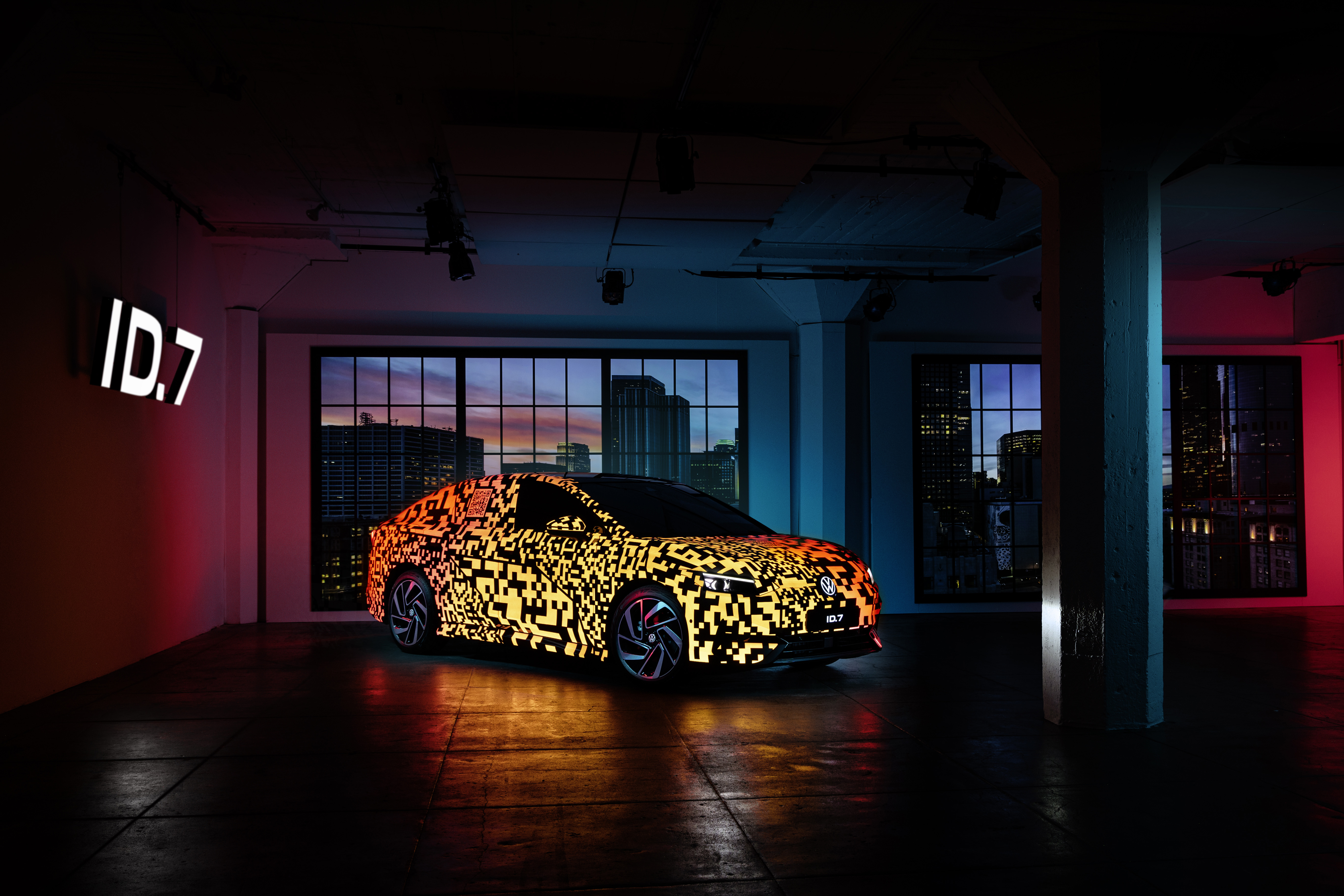 “The ID.7 is one of ten new electric models that we are planning to launch by 2026,” said Thomas Schäfer, CEO of Volkswagen Passenger Cars. “Our goal? To deliver suitable products for our customers in every single segment.”

A host of innovations come as standard in the ID.7. These include the new display concept, the augmented reality head-up display, a 38-centimeter (15in) screen, new air conditioning controls integrated into the first level of the infotainment system, and illuminated touch sliders.

The new air conditioning concept with intelligent vents offers several functions. For instance, the ID.7 can detect when the driver is approaching based on their key and will already start to cool the interior on hot summer days or heat the interior on cold days before the driver gets into the vehicle.

The camouflaged sedan features a digital design with unique paintwork, which lights up the ID.7 interactively. The company further said 40 layers of paint have been applied, of which some are conductive while others have insulating properties.

The QR codes on the hood and on both sides provide an interface between the physical and digital worlds. The entire camouflage also takes the QR code theme further and thus hides the contours of the final production vehicle, the group said.

The characteristic features of the sedan include the aerodynamic front section and roof, which both help to reduce energy consumption and increase the range. The ID.7 is based on the MEB platform of the Volkswagen Group. The advantages of the modular matrix with short overhangs and long wheelbase (2.97 meters) provide benefits for the interior. 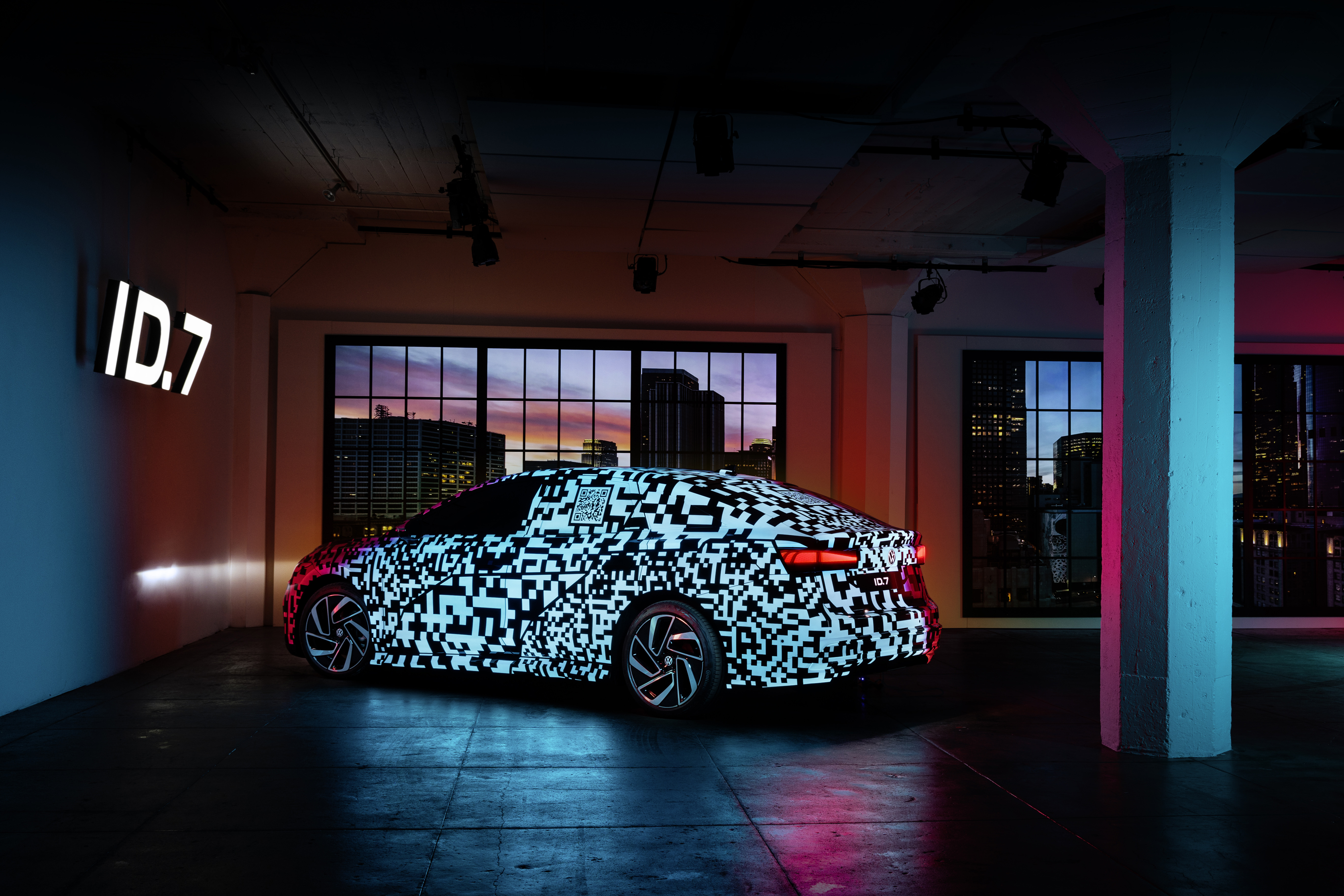 Since the first ID.3 models were handed over to customers in September 2020, the group said it has delivered 500,000 vehicles from its ID. family worldwide through its subsidiaries – around one year earlier than planned and despite the ongoing difficulties in the supply chain.

The ID.7 will be the sixth model from the ID. family and is Volkswagen’s second global car to be based on the MEB after the ID.4. The company plans to launch the electric sedan in the three primary markets of China, Europe and North America, the group said. The ID.7 for the European market will be produced at the Volkswagen Emden plant.