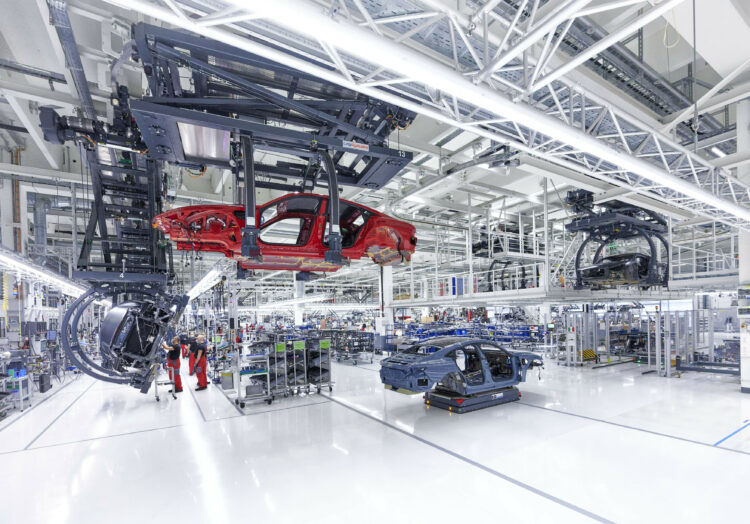 German auto giant Audi has said it will only launch all-electric models onto the global market by 2026, gradually phasing out production of its combustion models by 2033.

Sharing its future production plan, the company said all its factories will manufacture all-electric vehicles by 2029 as it aims to halve its production costs by 2033.

“We don’t want any standalone lighthouse projects on greenfield sites,” said Audi Board Member for Production and Logistics, Gerd Walker. “Instead, we are investing in our existing plants so they end up being just as efficient and flexible as newly built production sites or greenfield plants.”

The company has created the 360factory; a vision of the future that places equal emphasis on cost-effectiveness, sustainability, flexibility, and attractiveness, the company said.

“To achieve our goal, we are relying on our highly qualified staff and will make all our employees fit for the future by 2025 with a training budget of around 500 million euros,” said Walker.

Two sites, Böllinger Höfe and Brussels, are already producing all-electric vehicles. Starting next year, the Audi Q6 e-tron will be the first all-electric model to roll off the production line in Ingolstadt, the company said. And production of all-electric cars will gradually start in Neckarsulm, San José Chiapa, and Győr as well.

In 2029, all production sites will be producing at least one all-electric vehicle model. Depending on local conditions, production of the remaining combustion models will be gradually phased out by the beginning of the next decade, it said.

Audi and its partner FAW are currently building a site in Changchun (China) where models based on the PPE (Premium Platform Electric) technology platform will be locally produced. With construction set to finish by the end of 2024, this will be the first automotive plant in China where only all-electric Audi models roll off the line, the company said.

“We will use the transition to e-mobility to make major leaps in productivity and optimization by making the necessary modifications,” said Walker.

The premium automaker will also continue to digitalize production, for example, with the Edge Cloud 4 Production solution using local servers, it said. This will make it possible to replace expensive industrial PCs, reducing IT efforts such as software rollouts and operating system changes.

“We want to structure both product and production so we get the optimum benefit for our customers,” said Walker. To this end, the new Audi Q6 e-tron, for example, will initially be made in Ingolstadt on the same line as the Audi A4 and A5. The electric models will then gradually replace the combustion cars on the lines.

The company’s goal is to make all Audi production sites worldwide net carbon neutral by 2025, it said.

“We still have a long way to go,” said Walker. “But the direction we’re headed in and the steps to get there are clear.”