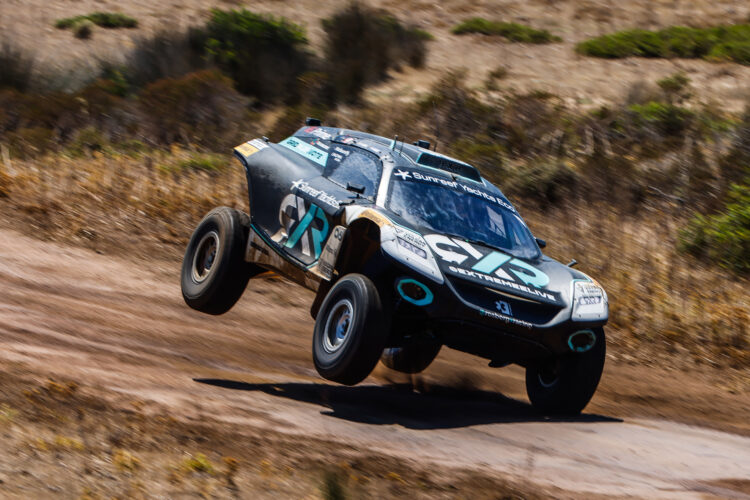 The 2021 Extreme E World Champion aims to give aspiring female motorsport drivers the chance to attend exclusive mentoring sessions with Mikaela Åhlin-Kottulinsky and former F1 Champion Nico Rosberg, team owner of RXR. Applications for the mentorship sessions are open now and the winners will be announced on Oct. 31. Female applicants for the mentoring sessions must be between 13 and 18 years old and have relevant experience as well as a successful track record in a karting series.

The three winning female candidates can each discuss their professional goals and ambitions, ask questions, and pick up tips and tricks on a successful motorsport career. The sessions are personally tailored to the needs of the participants and are conducted via Zoom, RXR said.

Around the world, women are still underrepresented in racing, and the next generation of female drivers lacks not only financial support and development opportunities but also suitable role models to confidently advance their careers. RXR wants to change this situation and draw more attention to the issue.

The German squad has been competing with great success in Extreme E since 2021 – the first racing series in which one female racer and one male racer share a cockpit per team. Mikaela Åhlin-Kottulinsky is one of the fastest female racing drivers of her generation but has had to deal with many prejudices and setbacks in her career.

“Motorsport is a tough environment for girls,” said Mikaela Åhlin-Kottulinsky. “There were times when people doubted me and didn't believe in me simply because I'm a woman. If I could speak to my younger self today, I would tell her to hang in there, follow her passion, trust her instincts, and believe in herself. Inner strength is always stronger than the doubters.”

Nico Rosberg, founder and CEO of Rosberg X Racing, said: “It's time we gave women a real chance in motorsport. Mikaela shows that it is possible to get to the very top. Female racers in Extreme E are on par with the guys, and we should give more girls the chance that they deserve. I'm looking forward to working with new talent and using my experience for good.”

Interested girls should send a letter of motivation to [email protected]. The winners will be randomly selected from the participants (provided they meet the above criteria) and announced on Oct. 31.