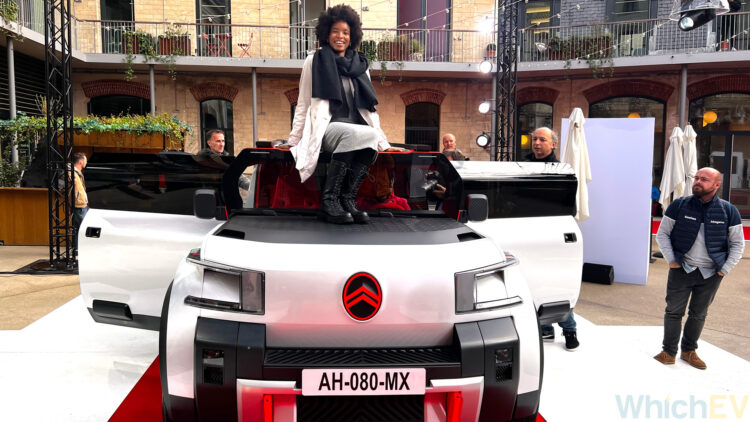 When Citroen invited us to the launch of its latest concept car in Paris, we had no idea what to expect. What we were presented with was a rather stunning vision for the future of family mobility – with an expected price tag around £23,500. Half of the vehicle is made from recycled materials and it has been designed to be 100% recyclable after it’s finished being useful. We can’t help but feeling as though one of Citroen’s most dramatic designers saw the Tesla CyberTruck, went to bed and had a dream. Citroen did a fantastic job in bringing the Ami to market from initial concept. Looking at the brand new Citroen Oli (pronounced ‘all-e’), we’re hoping that this too makes it to Europe’s roads. The world deserves green innovation that isn't boring.

Technically, the Citroen Oli weighs in at just 1,000kg (almost 2,000kg less than something like a BMW iX M60) and has been fitted with a 40kWh battery. The whole vehicle has been geared around efficiency, so the top speed has been limited to 68mph (110km/h), which means you can cruise on the motorway – without actually overtaking anything. In terms of acceleration, no number was given, so we’d anticipate somewhere ‘north’ of 20 seconds. The lightweight construction and leisurely performance, are likely to combine to give a WLTP range close to 250 miles (400km).

The charging technology is also pretty advanced – and Citroen is aiming to give customers an 80% charge in just 30 minutes on a public DC connection.

Key to the weight of the Citroen Oli is the use of materials like cardboard in the construction – including the roof. Surely that’s not strong enough? Well, CEO Vincent Cobée convinced one of his colleagues to stand on the roof, during the presentation – just to prove that the bonded material was strong enough. Suspecting trickery, WhichEV's intrepid reporter (me) repeated the stunt and – sure enough – there was no bowing/breaking. Clever stuff.

Everything about this car is striking. The bold angles and colour choices add to that effect. The front windscreen has been added at 90 degrees to the main body. Why not at a more regular ‘aerodynamic’ angle? This choice means that a lot less glass can be used – and Citroen is not expecting the Oli driver to be racing – so conventional drag coefficient calculations don’t apply.

Inside, the crazy orange seating etc has been created with a recovered thermoplastic polyurethane material and the in-car entertainment system uses the ‘please plug in your smartphone’ concept from the Ami. The seats themselves borrow more from modern office furniture than the traditional plush designs we expect from new cars. But the necessary support and comfort have been achieved – without surplus weight. 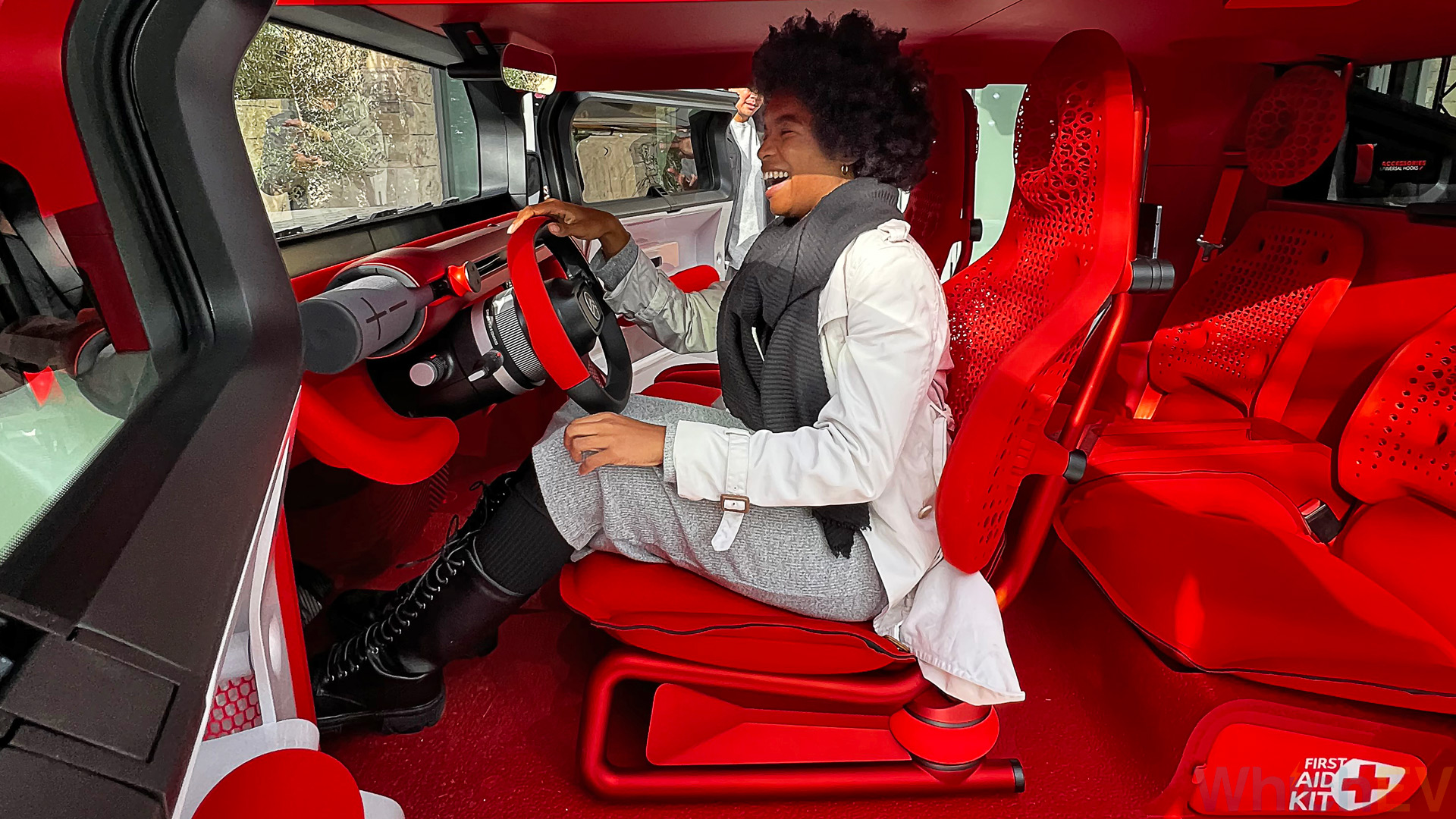 In another CyberTruck-like design echo, there is a ‘flatbed’ at the rear, perfect for those Swedish furniture runs on a Sunday morning. At the same time, this area is also strong enough for an impromptu picnic.

The Citroen Oli has V2G (Vehicle To Grid) capabilities, so you are able to feed your house with cheap electricity (depending on which tariff you use) during the day – which your EV pulled down overnight. Potentially useful in Europe. Likely essential in grid-disaster-prone California.

Overall, this is a fantastic looking vehicle, with revolutionary ideas, dramatic styling/colours and a solid combination of spec and price. We really hope that Cobée & Co bring the Citroen Oli to market ‘as is’.

The world deserves a few smiles.

Polestar 2 gets major update for 2024 model