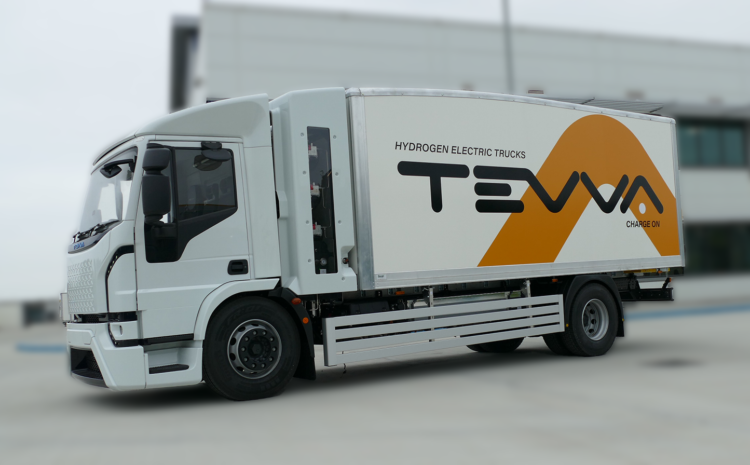 Electric and hydrogen truck maker Tevva is unveiling its 19-tonne (19t) hydrogen-electric truck and announcing its strategy for mainland Europe at the IAA Transportation show in Hanover, Germany from Sept. 19.

The company said it is partnering with its wide portfolio of customers, including Kinaxia Logistics, Codognotto and FM Logistic, to showcase its range of full-electric and hydrogen-electric medium-duty (7.5t to 19t, Class 5 to 8) truck solutions designed for the European market. 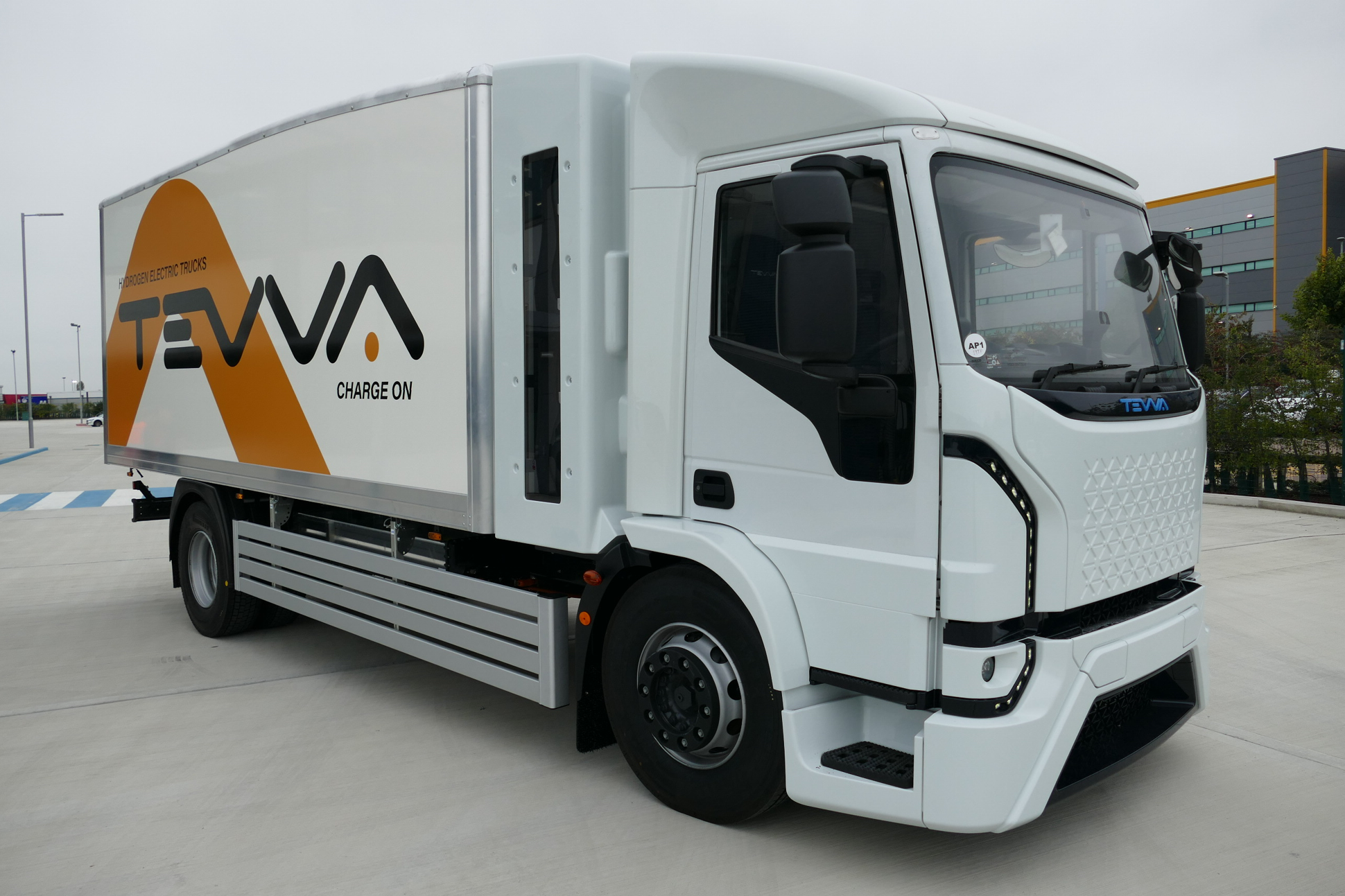 As with the 7.5t hydrogen-electric model, which was launched last week, the 19t variant – its largest truck platform launch to date – benefits from the company’s dual energy system, combining lithium-ion batteries and a hydrogen fuel cell range extender. The truck is expected to have a range of up to 500km depending on the number of hydrogen cylinders specified, which can be refilled in 10 minutes, it claimed.

Tevva said it is pioneering a practical hydrogen fuel cell application that is unique to medium-duty trucks. By adding a hydrogen fuel cell range extender that replenishes the battery throughout the day, the company has created zero-emission urban trucks that eliminate range anxiety and can replace diesel trucks on all routes.

The company said hydrogen has strong potential to be a key part of the renewable energy mix for commercial transportation in Europe. Major European governments, like Germany, France and the UK, have all committed to hydrogen strategies resulting in significant inward investment.

The company has already started production at its UK facility where it has begun to build European vehicles. Work is underway for a second facility in mainland Europe, which will utilise the company’s agile low-capex, rapid implementation production system and double manufacturing capacity to 6,000 trucks per year by 2024, it said. 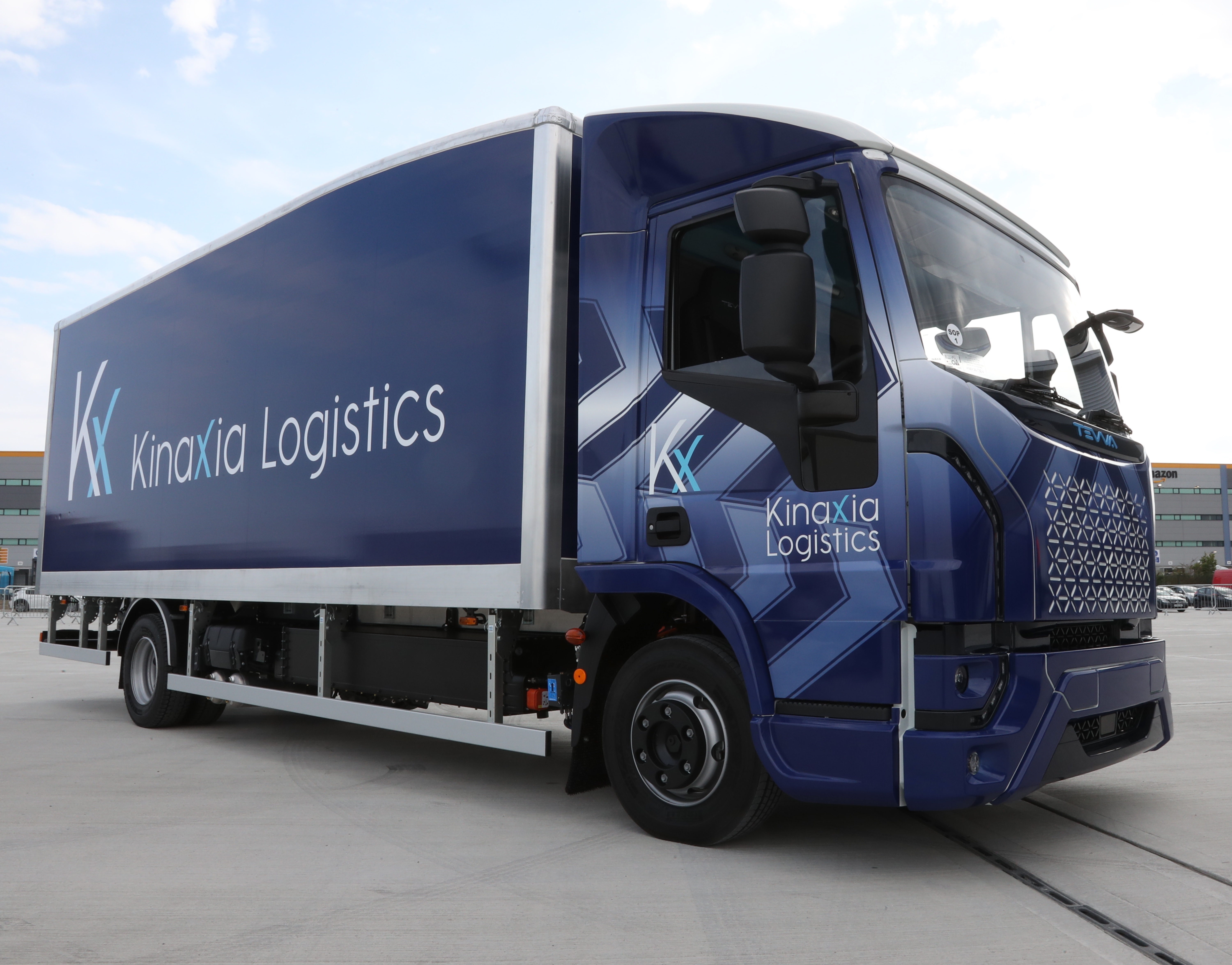 Each facility will produce 7.5t to 19t (Class 5 to 8) trucks for customers in the UK, Germany, France, Spain, Italy, and Benelux before expansion into the rest of Europe, North America, and the Middle East.

“We have already received significant interest for the 19t model and look forward to collaborating with our customers and industry partners to create a pan-European fleet electrification ecosystem,” Tevva Founder and CEO Asher Bennett said. “By embracing hydrogen, we can rethink the energy mix in transport, reduce strain on our electricity grid and accelerate electric truck adoption.”

Commenting on the occasion, FM Logistic Ibérica’s Transport Director Alfonso Lopez said that by turning the supply chain into an omnichannel and sustainable ecosystem, they could make responsible consumption available for all.