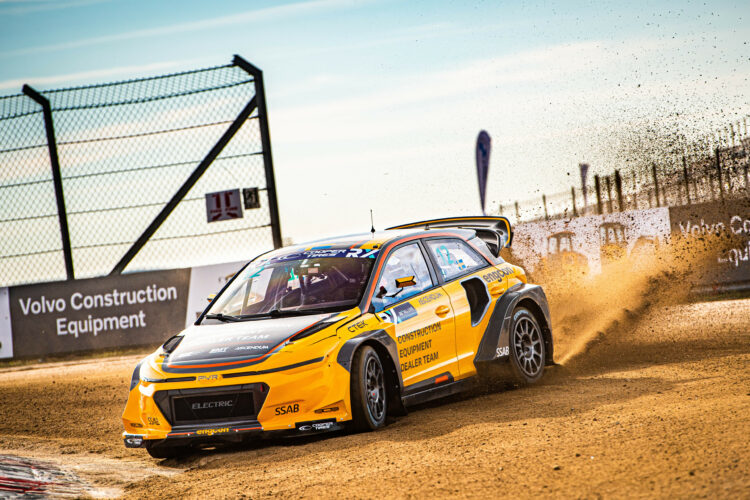 Four-time FIA World Rallycross Championship winner Johan Kristoffersson became the four-time race winner of the RX1e class after his victory in the fourth round of the championship in Montalegre, Portugal but his winning streak ended in the fifth round due to a 10-second penalty for contact.

The Swedish driver had four wins from four races, having won every single race this year until Sunday when he clashed with Timmy Hansen in the second lap which sent the latter into the gravel. Although Kristoffersson was the first to cross the finish line in round five, the 10-second time penalty meant the victory was handed to Niclas Grönholm, sending Kristoffersson to the last position. 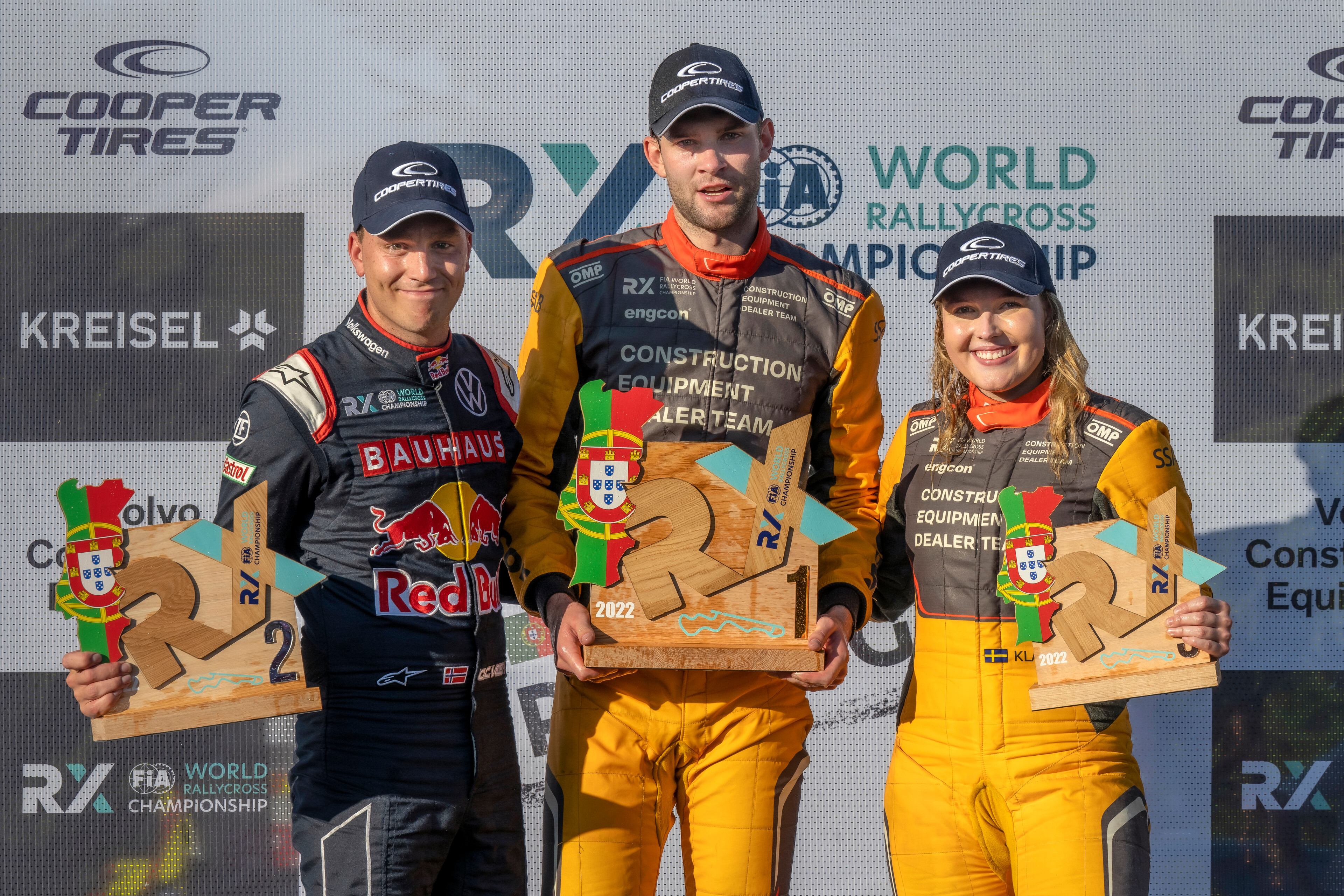 “This obviously isn’t the way I like to win and it’s always slightly bittersweet in situations like this,” reflected Grönholm. “I made a few mistakes towards the end, without which I think I could have got Johan anyway. I know how it feels to be in his shoes, but it’s great for CE Dealer Team and all our partners to get both cars inside the top three.”

His teammate Klara Anderson finished third on Sunday, making history as she became the first female to reach the World RX podium. The 22-year-old gave an amazing performance as she fought hard, keeping four-time podium finisher Ole Christian Veiby under pressure throughout the race. 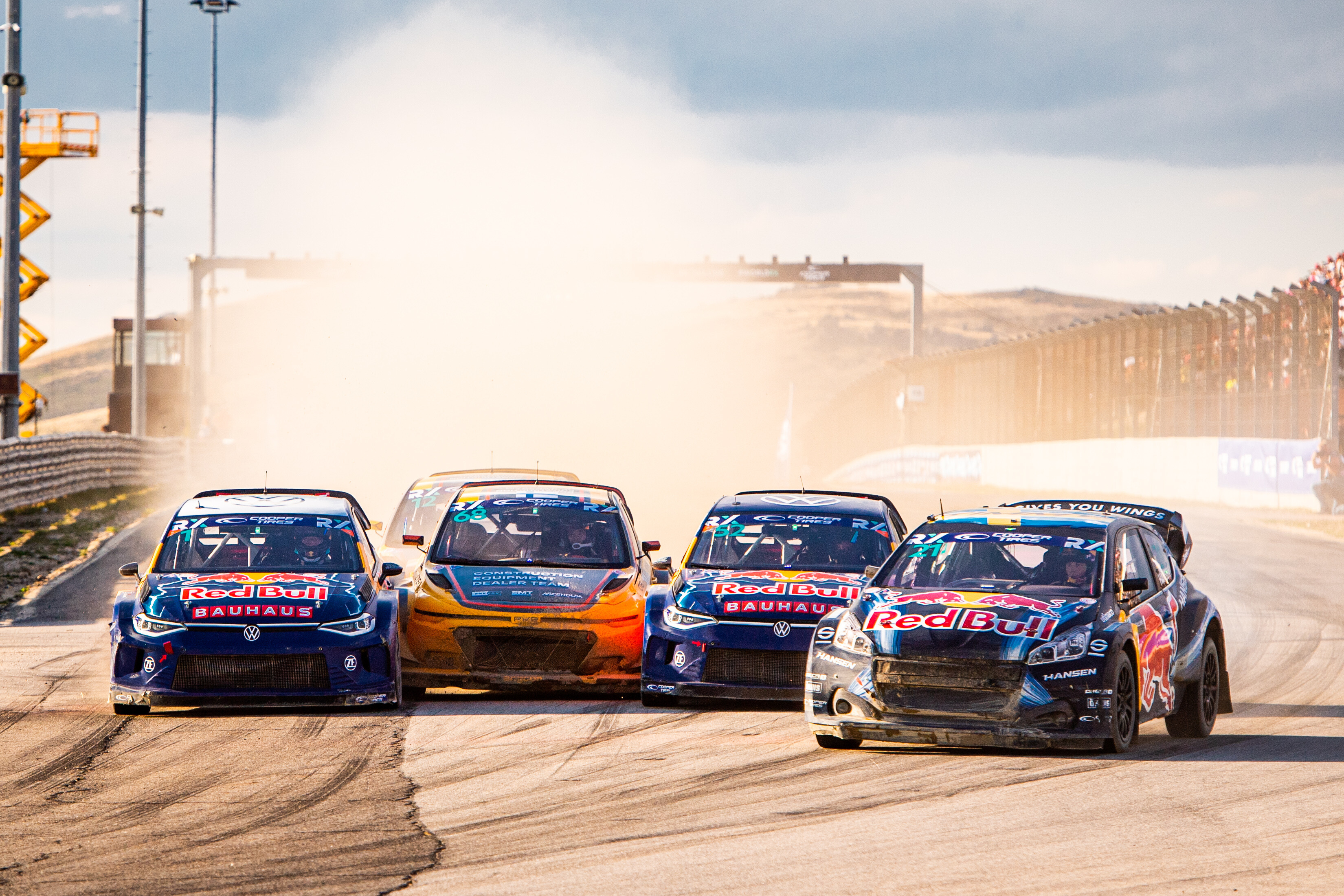 Veiby, who finished second on Saturday behind teammate Kristoffersson, replicated his runner-up performance on Sunday. The Norwegian sustained a puncture in heat one as he brushed against the wall resulting in a crash after the finish line.

While the CE Dealer Team showed a great performance on Sunday, round four on Saturday was a disaster for the team as Gronholm and Andersson clashed with each other in the semi-finals and failed to make it to the finals.

“We’ve had a tough season so far, but we seem to be on a good path at last – so hopefully we can keep this going,” Grönholm added after his win on Sunday. 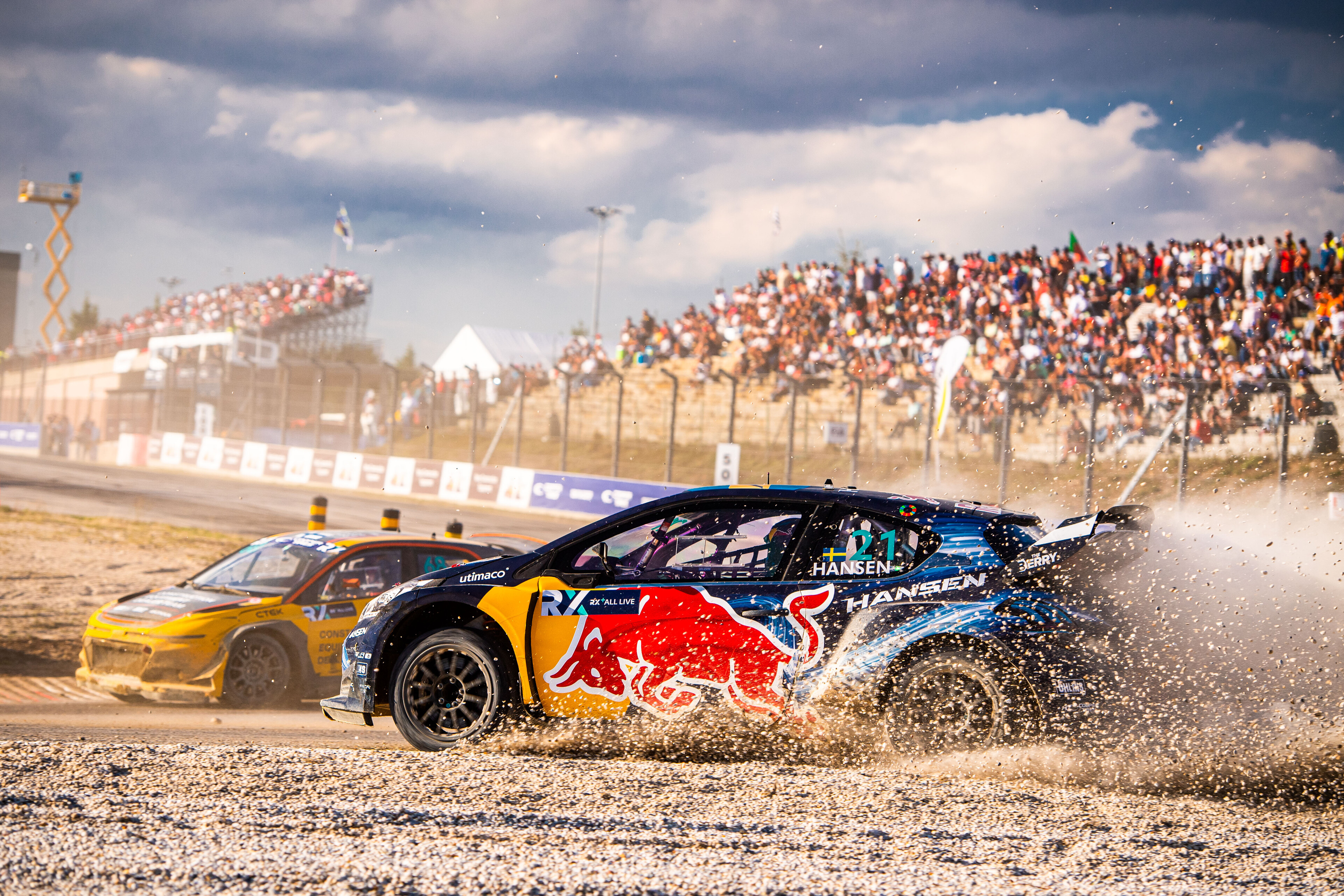 Timmy Hansen finished a disappointing fourth on Sunday. The Hansen World RX Team seemed quite promising at one stage, with younger brother Kevin enduring a real rollercoaster ride, from the high of brilliantly overtaking Kristoffersson – twice – in the first progression race to the crushing low of exiting proceedings at the semi-final stage, just as he had seemed poised to truly take the fight to the championship leader.

Despite the penalty, Kristoffersson continues to lead the championship standings with 91 points, 21 ahead of teammate Veiby with Timmy Hansen a further four points back. Kristoffersson won both races in the previous double-header in Latvia.