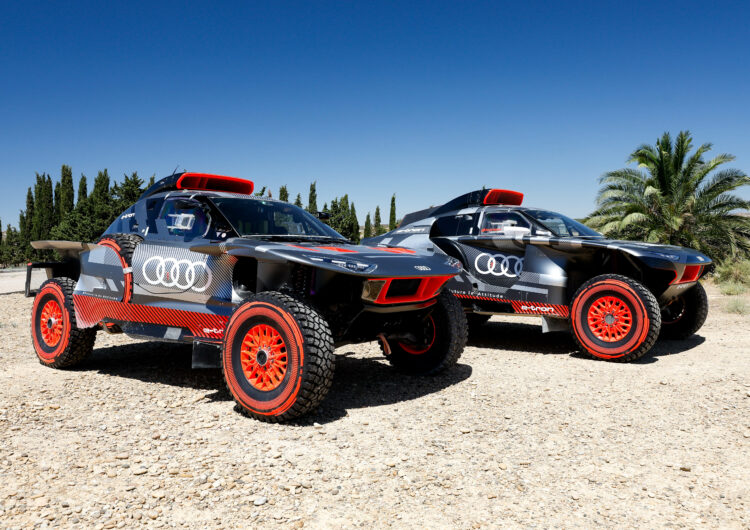 Audi has unveiled an updated version of its RS Q e-tron Dakar Rally racer with a completely new body and enhanced aerodynamics.

The electric rally car carries the E2 suffix that was originally used on Audi’s sport quattro Group B rally cars in the 1980s. With Steph Peterhansel winning the 2022 Abu Dhani Desrt Challenge, the RS Q e-tron made history as the first electrified car to win a cross country rally.

The evolved version of the rally racer focuses on a lighter, more efficient and aerodynamically enhanced bodywork. It is now widest at the cockpit and tapers towards both ends, which Audi says is reminiscent of the shape of a boat’s hull. 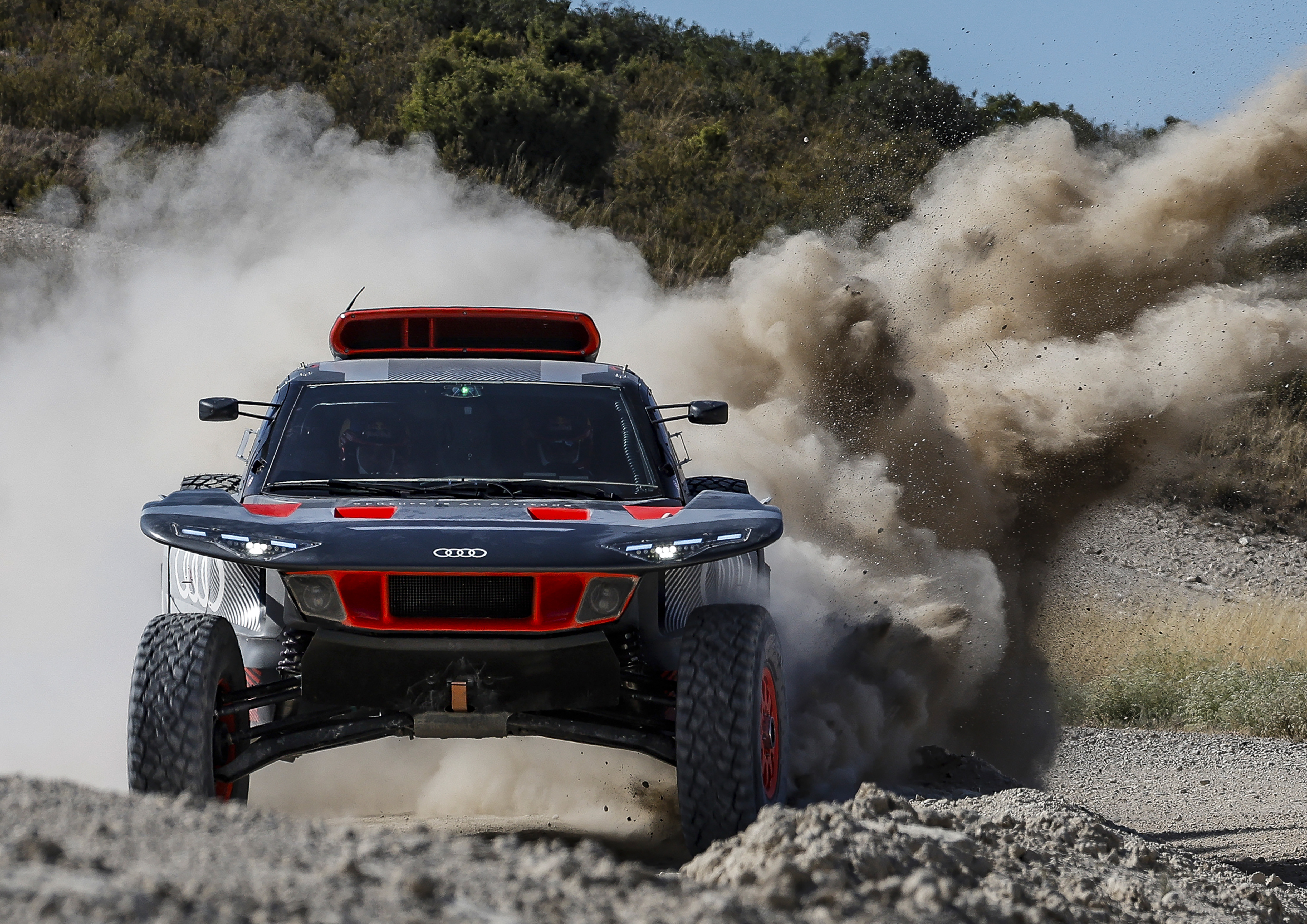 “The Audi RS Q e-tron E2 does not adopt a single body part from its predecessor,” said Axel Löffler, chief designer of the RS Q e-tron. “We are now doing away with the underflow of the rear hood to the left and right of the B-pillars. In conjunction with modified lay-ups, i.e. optimized fabric layers of the composite materials, this solution reduces weight.”

The German automaker claims that it has reduced the overall aerodynamic drag by “around 15%”. While the top speed remains limited to 170 km/h, controls of the servo pump, air conditioning and fans have been optimised to save more energy during stages. 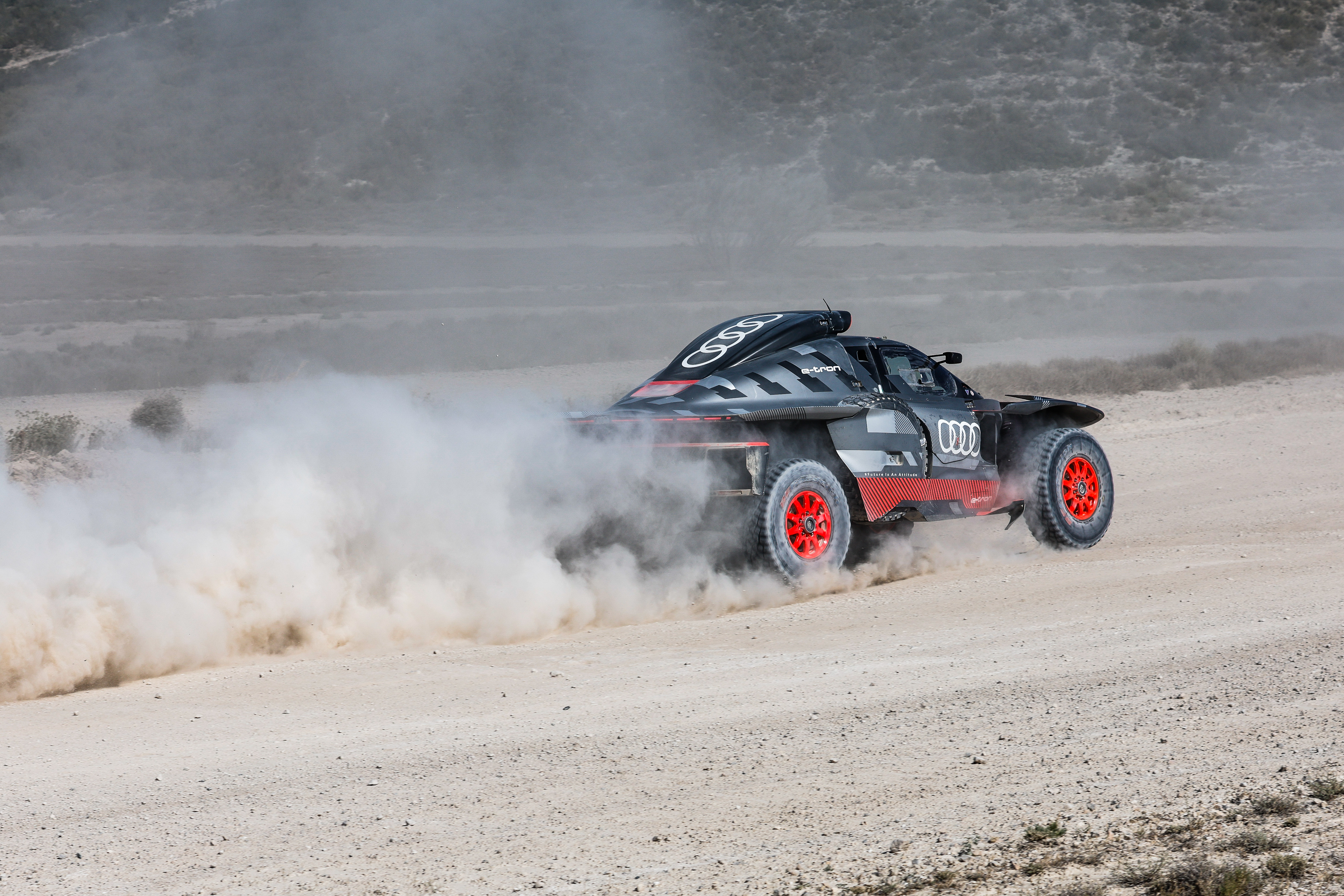 “Last year we were a bit too heavy. This year, the performance improvement comes out of a clear and significant loss of weight, a lower centre of gravity and the reduction of drag, in combination with enhanced power control,” says Rolf Michl, managing director of Audi Sport.

After completing initial testing, the new RS Q e-tron E2 will make its competitive debut in the Rally du Maroc from October 1-6.